With November over the National Game Design Month (NaGa DeMon) challenge is finished. Put down your pencils, stop designing your games, and get back to what you were doing, abandoning your work until next November, when Nathan Russell’s informal challenge once again gives you permission to create games…. 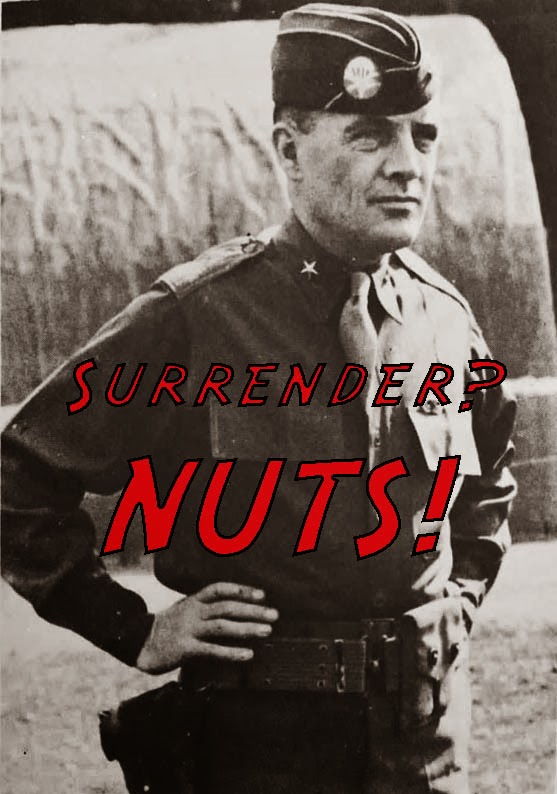 Yes, deadlines are great motivators to get us to undertake and complete tasks by a certain date; and publicly dedicating particular months to promote an activity or cause helps raise awareness and motivate people who might not otherwise engage in these activities. But the NaGa DeMon challenge represents a first step on a longer journey to complete and refine a game.

I mentioned in an earlier blog post about both the Solo Tabletop Gaming Appreciation Month and National Game Design Month (NaGa DeMon) that creativity isn’t easily forced; sometimes it results in an incomplete or unsatisfying product that didn’t quite reach its full potential. I fully understand how other duties -- blogging, career, family -- can consume one’s time and limit one’s ability not only to play games but to create and share them. Nobody’s expected to soldier on without giving any ground until they ultimately realize their goal. Producing any gaming product whether free or commercial takes considerable effort, especially if one isn’t simply slapping material together but taking the time, effort, and creativity to publish material that truly deserves admiration and play.

Thankfully Stargazer shared some basic framework for his game, notably the task resolution system, an interesting blend of “skill” and “complication” dice pools (similar to something I’m working on for a game design project, though instead of using separate dice pools I designate success and failure numbers on the dice for a single die pool…but I digress). I would have preferred to see more how he intended to put his subject matter, astronauts, into a playable setting. Creating and sharing game ideas remains the core of the NaGa DeMon challenge, an objective we can pursue throughout the year.

I’m disappointed to hear Stargazer felt he must “surrender” or otherwise publicly admit defeat. That’s not the point of the challenge. Whenever I hear of someone “surrendering,” especially at geeky endeavors that are supposed to result in some degree of fun and enjoyment, I find myself recalling two relevant quotations. One, the title for this piece, comes from Commander Peter Quincy Taggart in the delightfully geeky Galaxy Quest film; it reminds us of the power of enthusiastic, sometimes silly determination, and that for many of us surrendering means giving up a part of our core selves. The other quotation does not come from a geeky source but from one of the great storytellers of Western literature, Rudyard Kipling. It’s a bit lengthy as memorable quotes go, but quite relevant when we start examining what we do, why we do it, and what happens when we start evaluating ourselves according to others’ standards:


Never look over your shoulder at the other man. Paddle your own canoe and don’t worry about anyone passing you. Keep going in your own time. If you’re going to do anything you’ll do it; if not, watching others succeed only embitters failure. And failure in writing shouldn’t be bitter.

I don’t openly participate in activities like National Game Design Month and Solo Tabletop Gaming Appreciation Month for a few reasons: I don’t have a whole lot of free time, and what little I get often comes at unpredictable moments; I don’t need more disappointment set up by unreasonable expectations; and at any given time I’m working on many other game-related projects, only a few of which ever reach fruition and publication of some sort. The challenges issued, however, inspired me to explore game design in new directions. During the month of November I did dabble as best as my schedule would allow in the two activities encouraged for the month. I challenged myself to work on a solitaire tabletop game and a roleplaying game system, not with the goal of completing them by month’s end but with the aim of finishing significant portions of them and gaining a clearer understanding of where the projects are heading.

To me appreciating solitaire tabletop games and designing and playing your own games are activities that should be part of life the entire year, not just during one month. We’re not simply thankful only at Thanksgiving, we’re grateful for our blessings all year round. Understandably few people put a particular game-oriented emphasis on their lives, but, like other holidays, November reminds us that we should take time to enjoy and design games throughout the year.

So keep your chin up, Stargazer, and return to your NaGa DeMon project some other time during the year when inspiration and enthusiasm really hits you.
at 10:36 AM