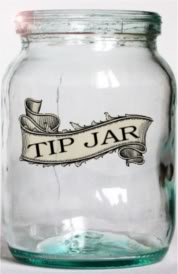 [Note on 12-13-17: About a week after the initial announcement, Patreon stated it was not going to change its fee structure given the outpouring of comments against it from both creators and patrons. Reversing its stance on such a drastic change is commendable – it bodes well to listen to your clients and customers, preferably before making changes – but the move still doesn’t change anything I say below.]

We “support” traditional game publishers with our purchases. Given the huge roster of people who put effort into such a published work – not just the designers, writers, and editors but the artists, graphic designers, continuity staffers, and others in the massive corporate infrastructure required to publish such products – customers give their support more to a copmany than a single talented creator. The internet has enabled a host of independent creators – with talents ranging from avid fan to veteran professional – to continue disseminating their work to gamers around the world through various venues: personal websites, blogs, Lulu, the One Bookshelf e-storefronts, and Patreon (no doubt other services and methods exist out there of which I’m unaware). These venues also allow people to show their support as consumers, whether buying a zine from the creator’s website, ordering a PDF or print-on-demand copy, or even just hitting a PayPal donate button to show they care.

But financial support is only one part of the equation. Promotional support helps spread the word, exposes more gamers to a creator’s work, and builds a community of fans. Gamer communities have been around since the earliest days of the adventure gaming hobby and continue influencing patrons and creators, as I discussed in “Creators & Communities” a few years ago. Word of mouth remains an essential form of promotion for creators who don’t have marketing departments working on their behalf. These days gamers spread gaming news both online in forums, social media, and blogs and in real life at the Friendly Local Game Store, conventions, and around the gaming table at home. Nothing quite excites gamers than seeing something new in action; inviting them to be part of the engagement with a creator as a fan gives them a sense of belonging. Their visible encouragement – positive reviews, constructive comments on forums and blogs, social media shares – can also fuel creators, especially when they teeter on the edge of despair from any of a number of dispiriting pitfalls.

Patreon banked on this “cult of the creator” in its business model, enabling creators to establish platforms to deliver subscription content for donations ranging from $1 upward. Different tiers of support offered different levels of rewards and engagement: print copies, input into future developments, direct interaction with creators. It promoted the creator’s content with community. Some it elevated to extreme success – most notably mapmaker extraordinaire Dyson Logos in the gaming field – though many folks found meager donations and a small following, sometimes enough to encourage creators to persist. Yet it’s current move seems like Patreon’s more interested in supporting its superstar creators and their large, more lucrative communities of fans than lesser-known creators or those just starting to seek out an audience and disseminate their work. I’m sure other platforms exist for subscription fulfillment of content and community engagement, but at the moment none have the popularity (or should that be notoriety?) of Patreon. 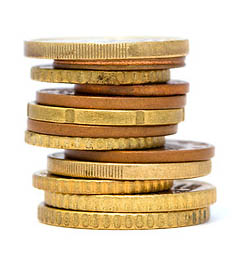 With Patreon’s new fee structure I see many folks expressing outrage online: creators explaining the situation to patrons, some offering messages of understanding if patrons wish to bail, patrons leaving the platform or increasing support for their favorite creators, and some offended creators leaving altogether. Everyone’s entitled to their opinion when reacting to this change; since this involves personal finances they’re also entitled and justified in choosing how to spend their money regardless of their reasoning. I wasn’t thrilled with the announcement for a number of reasons: I supported several creators at the $1 level, a donation level the change most dramatically affects; Patreon made the announcement with less than 30 days notice to creators and patrons, just a lack of basic corporate courtesy; no method exists for allowing creators to choose to either absorb fees out of their percentage or pass those along to patrons; and it didn’t seem like Patreon consulted with or listened to creators. The change certainly places a greater burden on those pledging $1 amounts and creators relying on those donations. I’ve also read that, though Patreon claims to support all creators, it prefers those successful ones bringing in more cash (a preference I feel negates the former claim). So much for altruistic support for all creators who manage to find a paying audience, however small.

I’d been considering consolidating my own pledges for several months anyway, but all this commotion motivated me to actually change them regardless of my attitude toward Patreon’s recent decision. The last few months I’ve not followed my creator’s releases as much as I’d like. My e-mail in-box had a slew of unread messages from Patreon announcing various creators I supported just released new material. I’d been meaning to log on and download them all – even print some off for easier reference – but I’ve been distracted for months and never got around to it. In essence I didn’t have the time to appreciate the material I’d pledged to support. And when I finally got around to it, I was lucky if I had the time or focus to pull it up again and give it a thorough read. Given all that I never really had time for the engagement with creators that Patreon sought to foster.

In the Internet Age I find it far too easy to overlook, ignore, or completely forget about PDFs and e-mails since they don’t have a physical presence; I even prefer paper billing over electronic, though I sometimes avail myself of that online bill-pay convenience (and in this respect I am, indeed, a dinosaur headed for extinction). This preference for physical product over PDFs carries over into my gaming. I miss printed gaming magazines; they’re what held us together and inspired us back in the “Golden Age of Roleplaying” (the mid 1980s). I canceled a slew of $1 pledges for PDF resources, some offered exclusively through Patreon and others available for free on creator websites. I increased my pledge for the one creator offering exclusive game material through Patreon because, at that increased level, it provides periodic print copies sent to my home. This option to receive game material in print really appealed to me above and beyond the other PDF resources I received through Patreon. Most of the creators I supported later released Patreon materials via print-on-demand platforms (or intend to in the future). Sometimes they included discounts for Patreon supporters. As a proponent of printed material I took advantage of these opportunities (discounted or otherwise) and plan to continue this level of consumer support for their future releases.

Patreon remains just one way creators can connect with their fans, one avenue among many through which they can disseminate their game work, and just one way fans can show their appreciation. I don’t expect folks to support creators whose work they don’t like. But if someone out there’s creating game material that inspires you and enhances your experience at the game table, take a moment to say thanks: drop them an encouraging e-mail or actual thank-you note; share experiences about how you used their material; let folks online know about your positive experience with a review or even just a social-media note; if you can afford it, buy some of their products; or just leave a pay-what-you-want tip, PayPal donation, or even a Patreon pledge.