The Hobbit as Fantasy Resource

I’ve finished reading J.R.R. Tolkien’s classic The Hobbit to my toddler son -- for the second time -- as part of his bedtime routine. Over the course of two recent readings I’ve realized how many traditional fantasy roleplaying game elements emerge from this particular classic, a far more concise and straightforward vision of Tolkien’s Middle-earth setting than his other works. 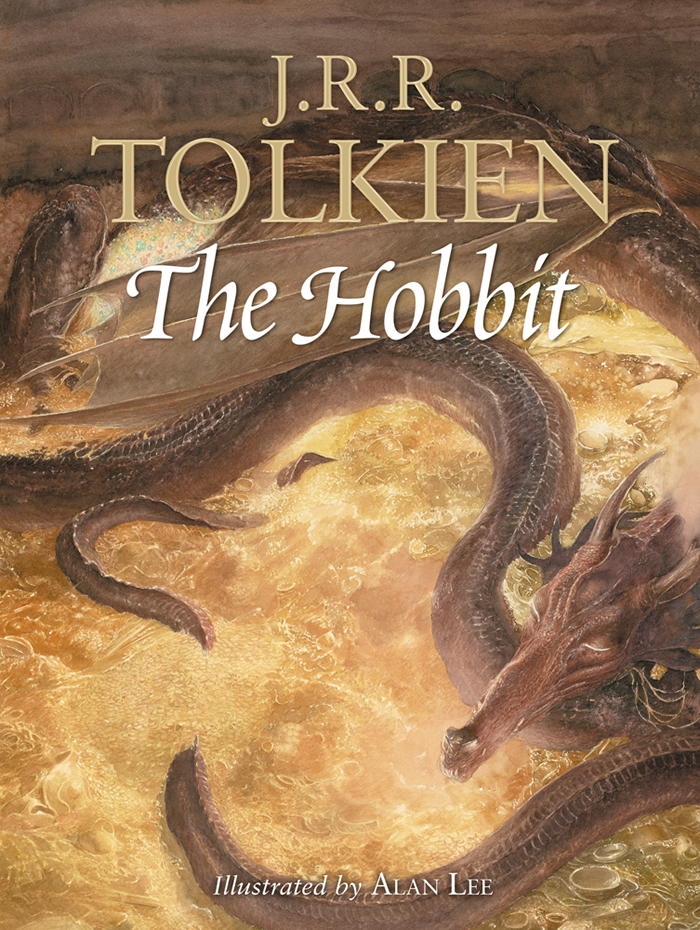 Certainly inspiration for fantasy roleplaying games existed well before The Hobbit’s publication in 1937. Tolkien drew on a rich heritage of European folktales that still permeates much of Western collective consciousness. My examination of The Hobbit’s inspiration isn’t meant to challenge the efficacy of Appendix N of the Advanced Dungeons & Dragons Dungeon Masters Guide, or its equivalent “Inspiration Source Material” list in my beloved Moldvay-edition Basic Dungeons & Dragons rulebook through which many entered the hobby in the early 1980s (arguably the “Golden Age of Roleplaying”). Many sources influenced Gygax, Arneson, and their contemporaries who forged early concepts of roleplaying games. The Hobbit seems to have earned a place in mainstream fantasy literature as both an accessible and culturally ubiquitous work compared to other stories.

The Hobbit reinforces certain literary themes and illustrates them in one of the earliest and most popular medieval-fantasy settings. Thorin and company embark on a quest typical of many launched in past folklore and literature. Individual episodes lead across a greater story arc toward the ultimate goal, with heroes facing and overcoming challenges and ultimately evolving over the course of the journey. Themes of good versus evil, suspicion of others, and the overarching theme of treasure-inspired greed (felt by nearly everyone, from Thorin and the dwarves to the Elvenking, the Master of Lake-town, the goblin and warg army, and even Bard on some levels) also blanket the book.

But in reading The Hobbit one cannot fail to see core stereotypes beyond the basic literary tropes, elements now taken for granted in fantasy roleplaying games:

Fantasy Races: Arguably the stereotypical fantasy races of elves and dwarves have existed in various forms throughout European folklore, though Tolkien refines these for a medieval fantasy setting with specific examples within the depth of the novel. He reinforces such stereotypes as elves as nature-loving, graceful creatures and dwarves as greedy, conspiratorial warriors concerned only with honor and treasure. Perhaps Tolkien’s greatest contribution is that of hobbits, or “halfling” as translated to a more generic, non-copyright-infringing term. Although he establishes a very particular, cozy vision of hobbits, Tolkien offers up an entirely new “little race” fantasy roleplaying has embellished into a more generic adventurer type on equal footing with elves and dwarves.

Maps: Not only does The Hobbit use maps to orient readers to a strange new fantasy world and enable them to follow Thorin and company’s progress across “Wilderland,” but a map with magical moon letters forms the focus of the quest and the essential clue to opening the secret door leading to the dragon’s hoard. I’m no expert on fantasy literature, so I can’t say whether earlier works of medieval fantasy included maps that have, since The Hobbit, become almost required for any such novel creating a new world. While the dungeon map remains a unique byproduct of hack-and-slash roleplaying games, wilderness maps form the basis for many game settings, from Greyhawk to the Forgotten Realms and beyond.

Enchantment: Magic items have a long provenance in mythology, but Tolkien takes them one step further, putting them in the hands of more mundane heroes like Bilbo Baggins (though more heroic figures like Thorin and Gandalf use them, too). Numerous scenes in The Hobbit illustrate how such enchanted items operate, both their inherent magical qualities (the elven swords’ glow in the presence of goblins) and their secondary effects (fueling the goblins’ rage at seeing elven weapons). Enchantments aren’t simply tied to items like swords and rings, but to places as well; Elrond’s home at Rivendell and Beorn’s house seem to have restorative qualities for those staying there, and the infamous stream in Mirkwood befuddles those exposed to its waters with forgetfulness and weariness.

Treasure: Apart from the magical treasure Thorin and company discover along the way to the Lonely Mountain, the acquisition of the dragon’s hoard and the subsequent bickering over it between the dwarves, elves, and men reinforces the book’s theme of greed and provides a launching point for the importance of treasure and its equitable division in roleplaying games. Several iconic pieces of artwork (at least from the Moldvay-edition of the Basic/Expert Dungeons & Dragons rules) illustrate this concept of characters bickering over treasure; though it isn’t written into the rules, such disputes have no doubt fueled inter-character (and possibly inter-player) feuds at the gaming table.

Given how Tolkien drew on familiar European myth and folklore it’s no surprise he uses many elements fantasy roleplaying games adopted from those sources in different forms: not-so-powerful magic-users as Gandalf (though, technically, Gandalf is far more of a wizard in the greater Middle-earth setting); a party of adventurers going on a quest; and the bevy of monsters including goblins, spiders, dragons, were-bears, giants, and trolls (though more the Scandinavian type than the gangly, regenerating D&D type). The line between what Tolkien used from the collective consciousness of Western folklore and original elements that ultimately found their way into fantasy roleplaying games is, admittedly, quite gray and blurred; but The Hobbit developed key tropes that ultimately influenced adventure gaming and still informs it today. The novel continues serving as a gateway into fantasy literature and thus fantasy roleplaying games.
at 8:20 AM