Charging Off on Another Diversion

I have the small luxury of setting aside projects in development to pursue game ideas that suddenly grab my inspiration and charge off with it across the battlefield, so to speak. One such idea bit me last week and demanded my attention when I wasn’t working on blog entries, website updates, and other more practical matters. 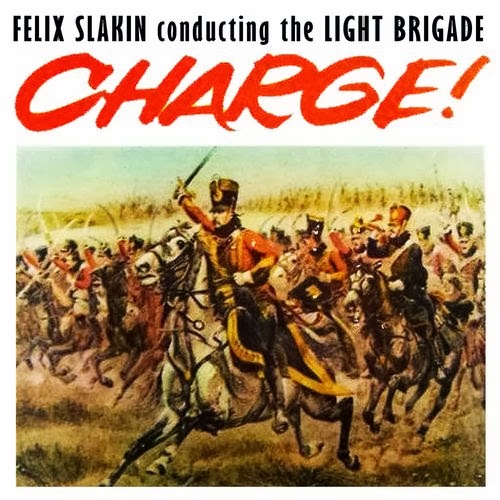 I have a few boxes of wonderful 54mm plastic soldier figures from Armies in Plastic. My collection includes soldiers from historical periods within my numerous spheres of interest -- Zulus, British colonial infantry, dervishes (including Beja warriors), Egyptian infantry -- acquired over the years from hobby stores, toy soldier shows, and conventions. While they’re fun to dump out of the box and set up on the basement wargaming table to look at, I’ve long wanted some kind of gaming diversion in which they could play a  more active and structured role. No doubt a search of the internet could turn up some playable games created particularly for 54mm plastic soldiers; the many free options for miniature wargames I’ve investigated not only assume a solid familiarity with the intricacies of such rules but indulge in those rules’ frequent reliance on complex set-up and execution (and often do so with an uninspiring single-column, all text-and-tables, no illustrations layout regrettably typical of such free rule sets).

I accepted this self-made challenge: to create an interesting yet basic wargame using the 54mm miniatures at hand. I devised a concept based on the fact that I wanted to fight overwhelming battles from history where a small force stood against relentless onslaught from numerous attackers -- such as the British stand against Zulus at Rorke’s Drift or the many instances of British soldiers during the campaign to rescue Gordon at Khartoum standing their ground in a square against hordes of fanatical dervishes -- but with a limited number of figures. Armies in Plastic offers solid-color plastic soldiers in historically accurate sets of 18 or 20 at reasonable prices; artillery pieces with crews and sets of five horses and men offer some variation in forces. In most historical confrontations against colonial troops the “native” forces have vast numerical superiority; but I’m not about to purchase multiple boxes of dervishes to fight my one box of Her Majesty’s highlanders in the ratio suggested by the venerable The Sword and the Flame rules.

So I devised a “hordes”  mechanic by which a force that, in terms of available figures, equals those of the static line of defenders, but which forms new waves from casualty figures removed from the table after ranged and close combat. It basically “recycles” casualties from the larger force in subsequent waves of attackers, while the defenders must hold out for a certain number of turns as their casualties are removed entirely from play, thus dwindling their defensive force. This method isn’t really practical for a vast battle in which crowds of enemy troops maneuver around the table to outflank the smaller force and take advantage of terrain features; but it seemed ideal for playing out a portion of those battles where the side with numerical superiority often charged forward to engage the defenders, hoping to wear them down with each subsequent wave.

I focused (and possibly limited) my efforts on this game by determining to work under several criteria I felt essential for this particular game. Some even reflected my general game beliefs in terms of accessibility to newcomers:

Small Play Surface: While I enjoy the spectacle of vast battlefields covering numerous tables, I wanted this game to fit on one’s average tabletop, ideally on a 3x3-foot space. Many craft stores stock appropriately colored felt in those dimensions (such as tan for desert and green for fields). With each side fielding 18 or 20 figures, the smaller play space meant they wouldn’t seem as sparse as on a larger battlefield. As I began designing the basics of movement and range for the game, 3x3 feet seemed to work well.

Plastic Toy Soldiers: My main goal in this diversion was to put my collection of Armies in Plastic soldiers to practical wargaming use. Some craft, toy, and hobby stores also stock army men in periods beyond the modern -- medieval, Civil War, and American War of Independence are themes I frequently see on shelves -- so I wanted to provide a structured play platform for those, too.

Simple Rules, D6 Mechanics: I like basic rules as both a player and an advocate for attracting newcomers to the adventure gaming hobby (this would provide some challenges in practical execution). Although I also love polyhedral dice and the larger ranges of probabilities they offer; most folks have a few six-sided dice around the house from mundane board games.

Overall I wanted to offer an extremely basic miniature wargaming experience players could adjust across the various historical periods (and beyond if possible) given the “toys” at hand. As I started jotting down notes, pulling together rules, constructing turn sequences, and actually playing out a skirmish on the wargaming table downstairs, several design issues emerged to challenge both my starting criteria and overall gameplay.

At first I thought of calling the rules Hordes!since gameplay centers on a small force of defenders holding off hordes of dervishes, Zulus, or other factions with overwhelming numbers. But my attention wandered and I considered how players might use the rules in different battles: Confederate infantry charging Union troops behind a stone wall (or vice versa); British troops assaulting a Patriot barricade in the American Revolution (a favorite concept of mine in replaying the Battle of Ridgefield, from the town where I grew up); bug-aliens against well-armed space marines; even turning the tables and making those British colonial troops assault the defensive earthworks of Egyptian infantry during Arabi Pasha’s uprising of 1881. Besides, I’m conscious that some might find designation of native forces as “hordes” offensive.

So I looked at the gameplay I was trying to encourage in these rules and realized it focused on one vast force charging against a small group of defenders. I have an old album of military music -- including bugle calls -- appropriate called Charge! which I loved as a kid; what better name for a game which, essentially, consists of one vast charge? Now the tentative and more politically correct name for the project in question is Charge!

One of the challenges I encountered, however, was devising basic rules that included meaningful player choices, which bucked the criteria mentioned earlier to keep the rules simple.

In the initial design, play passed through several traditional phases: attackers move forward, defenders fire (simultaneously with attackers if suitably armed), attackers throw weapons if so armed and within range, and both sides resolve close combat at the defensive line. Much of the gameplay focused on rolling handfuls of dice (one for each participant in ranged combat) and then a 2D6 roll plus the number of combatants on a side to resolve close combat. Attacker casualties go back to the starting line to move forward next turn while defender casualties leave the field permanently. Repeat. This amounted to little more than moving and rolling hits for forces, with few player choices to determine tactics.

Running scenarios on the wargaming table helped put things in perspective and forced me to more closely examine gameplay. I noted several key points where players made decisions to affect the game, though they were not as numerous or influential as I’d have liked, nor numerous enough for wargamers with any degree of experience. Attackers choose when to launch subsequent waves; obviously waiting until a wave has a good number of soldiers helps, but with a turn limit on the overall battle this sometimes becomes an issue. For attackers with spears the player had to choose whether they should throw them at troops still engaged in close combat, possibly hitting their own forces (a double-edged sword, since casualties lowered the overall chance of success in close combat, but instantly “recycled” to the charge’s starting line). I realized defenders had a choice, too; if attackers moved into close combat, or any close combatants remained at the end of the turn, the defender had to determine which soldiers remained engaged and which could fire on a new wave of charging attackers, possibly lowering the strength of his force in direct combat.

I also realized I faced a challenge in creating and balancing advantages to both reflect possibilities for various historical periods and provide meaningful choices in gameplay. How should I integrate the possibility of artillery for defenders, and do I offer that option for attackers in terms of covering artillery fire for charging infantry? How do cavalry forces integrate within the established rules and existing infantry forces? What advantages within established game mechanics of movement and combat do I provide for attackers to reflect the historical “realities” (or “myths” as some might argue) such as Dervishes’ religious fervor or Zulus’ warrior prowess?

I’m developing different solutions to these problems as I quickly move forward dabbling with this game concept. This missive lacks the framework of actual game rules, something I’m developing to send out for playtesting when ready. At some point, however, I feel I’m just going to have to compromise on some issues, particularly those of developing an overly simple wargame and offering more options for player choice.


As always, I encourage constructive feedback and civilized discussion. Share a link to this blog entry on Google+ and tag me (+Peter Schweighofer) to comment.
at 8:57 AM