At bedtime recently the Little Guy requested I read him a rulebook for a roleplaying game based on one of the media properties he’s quickly come to adore. I’ll omit names to protect the identity of the game and its designers. It was published in 1991, around the time several roleplaying games in a similar style reached prominence, including Vampire: The Masquerade, Shadowrun, 2nd edition Dungeons & Dragons, and my beloved Star Wars Roleplaying Game from West End Games (to name only a few). Reading the game book aloud proved how tedious the language was; but the real test was reading the comprehensive skill section aloud. Although it eventually put the Little Guy asleep, it ran the risk of actually putting the reader to sleep. 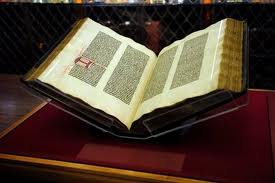 Nearly every skill followed the same initial formula: “[Skill name] is the ability to [insert skill description].” The text ranged from a simple definition one could easily glean from the skill name itself to a comprehensive discussion of just what one could do with the skill through specific game mechanics. The game – like many of its time – relied on a core mechanic for most skill resolutions and combat, yet various factors complicated this in the manner of modifications; hence some skill definitions with tedious rules discussions buried within.

Comprehensive skill listings seemed standard practice for roleplaying games of that time; even today many games still rely on exhaustive and sometimes dry descriptions of skills perhaps more succinctly defined by their names. Sure, some skills require a little more elaboration than simply a name depending on both the game mechanics and the setting; but this could fit better into other rules-heavy procedural sections on resolving movement, combat, and other game issues.

At times I look at the Star Wars Roleplaying Game and shudder at the overly comprehensive coverage of skills, including tables for specific skill functions. First edition established this – albeit with some short or general descriptions and page references to relevant mechanics elsewhere – and second edition and Revised & Expanded continued this expansion. Thankfully the layout in Revised & Expanded seems more palatable, broken up by examples and tables to avoid a “wall of text” approach that some games take. Yes, they offered some insight on how skills operated or what difficulties were required for particular circumstances, but a simple one-sentence description for each skill would have sufficed on its own (skill summary lists with such descriptions did exist, though they didn’t cover every named skill). It’s still no excuse for skills primarily described by their name and which a good gamemaster and players could interpret to cover various actions, especially with a core mechanic easily adapted to individual skills.

The most elegantly concise means of listing skills I’ve ever seen distills the entire system beyond actual skill names; S. John Ross’ Risus: The Anything RPG relies on loose clichés to define what traditional gamers might call a character’s abilities and skills. A character’s stats might look like this: Dwarven goblin slayer (4), cantankerous drinker (3), treasure hoarder (2), persecuted exile (1). (See what I did there...I just created a character in four clichés.) Each cliché could conceivably cover numerous individual skills depending on the in-game situation. For instance, obviously the goblin slayer cliché could suffice in combat against monsters, although cantankerous drinker would handle tavern brawls. Either cantankerous drinker or persecuted exile might work for information gathering in a town or tavern, depending on the details. This system not only relies on liberal interpretation of what characters can attempt with particular clichés, but empowers players to create their own “skills” in the clichés defining their characters. No exhaustive lists of skills with verbose descriptions here; just player imagination unhindered by complex rules.

It hearkens back to the early days of roleplaying where many rules seemed open ended and required – perhaps even inadvertently encouraged – individual gaming groups to interpret them for themselves. Games such as Traveller or the original D&D booklets offered a framework and guide for games rather than an exhaustive manual covering rules for every conceivable circumstance one might encounter in the course of an adventure. Back then – and occasionally in exceptional games today – gamemasters and players in the nascent roleplaying game hobby took it upon themselves to interpret generalized mechanics, forming their own intuitive “house rules” and hence offering a slightly different play experience among gamemasters. Skills played little role in class-and-level games like D&D (and even Traveller kept its skill description list to a meager six digest-sized pages). Since then similar games have explored broad core rules for skills, from basic ability checks to ranges of success on a single d6 roll. I’ve even dabbled with such systems to enhance what characters can attempt in class-and-level games like my beloved B/X D&D.

Games in the late 1980s and 1990s seemed the spiritual antithesis of these early games where players were entrusted with the interpretation of existing rules. Certainly one might argue early games were, in fact, incomplete in their ability to define exactly how “anything can be attempted” within the context of the game (a central theme in Jon Peterson’s Playing at the World). The second generation of roleplaying games seemed to overcompensate in their efforts to become complete games by enumerating extensive rules for every possible action characters might take. It’s almost a counter-revolution to keep those who focus more on the minutia of rules interpretations from running roughshod over a game session. This resulted in a trend, both stylistically and mechanically, toward comprehensive rules in large volumes, including exhaustive skill descriptions for even the most obvious skills.

I realize skill description lists are a necessary evil in many roleplaying games these days, especially those in settings unfamiliar to readers. But in my growing predilection for short and sweet games I find I prefer the old-fashioned approach of letting skill names stand on their own, perhaps with a brief, one-sentence clarification for more unfamiliar skills, particularly those unique to the setting. Sure, skill-based games have their appeal and practicality; I feel they’re better for modern and science-fiction settings, while class-and-level systems, given their origins, seem better-suited for combat-heavy medieval fantasy play. In reading them I often skim over or skip altogether the rambling skill descriptions, trusting instead in skill list summaries or, better still, skills shown on character sheets. The appeal of the original class-and-level systems lies in their reliance on core rule systems for primary activities (combat and class abilities) and other skill uses open for interpretation. Some Old School Renaissance (OSR) games provide optional rules for simple skill resolution based on relevant abilities or their bonuses, yet nothing quite on the scale of exhaustive skill descriptions covering every possible action in a game.

While I have enjoyed games with vast skill lists in the past – I’ve even written for many – I think I’m at a point in my gaming life where I prefer a concise skill list, if any. I’m more willing to trust myself and those with whom I game to interpret rules in an intuitively fair way, focusing more on the story than mechanics. I’m also more sensitive about investing my time reading and playing new games; I’d rather immerse myself in an innovative, streamlined game system with an engaging setting than muddle through what seems like boilerplate rules text (including the seemingly obligatory “What Is Roleplaying” section and other basic formalities still common in many non-introductory roleplaying games today). Although I might still enjoy them occasionally, games with long skill lists belong to a class of games that I’d like to think I have moved beyond.