On Playing at War


Upon hearing I was designing the Operation Drumbeat solitaire wargame someone asked me if I was really going to publish a game where the player captains a German u-boat sinking American ships during World War II. I tried not to get too discouraged, but the question challenged me to reflect on why I -- an American citizen descended from German immigrants who takes some degree of pride in his heritage -- was creating a game where the villainous Nazis preyed on the innocent, patriotic Americans.

These stereotypes illustrate one reason I wanted to develop Operation Drumbeat. Throughout human history patriotic propaganda has vilified “the enemy” during wars to dehumanize them and thus through fear inspire citizens to join the fight. The Nazis and the SS tainted the German collective history by committing horrific atrocities against humanity; this game in no way serves to justify and glorify these crimes or their perpetrators. They ultimately led, however, to a world-wide war, one fought primarily by ordinary citizens on all fronts. As Americans we’re more apt to appreciate our own nation’s soldiers during World War II, their sacrifices and their heroism, as well as average non-combatant citizens on the home front stepping up and taking responsibility to do “their part” for the war effort. Yet citizens of other nations -- both Allied and Axis -- bowed to the wills of their leaders and dutifully served in their own armed forces whether they volunteered or were drafted into service. Regardless of nationality, they all belong to a brotherhood of citizen-soldiers -- willing or unwilling -- whose ordinary lives were interrupted to fight and die for their country. 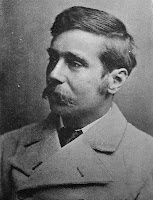 Many games refight World War II, requiring one player to take on the role of the villainous Nazi forces. Whether you’re playing Wings of War: Dawn of World War II, Flames of War, Memoir ’44, or any flavor of Axis & Allies, someone needs to play the Germans. Do these games validate the atrocities committed by the Nazis and the SS? Do they promote the continued perpetration of such horrific and hateful behaviors and attitudes? Do they glorify the suffering of combat and inspire younger generations to pursue the bloody wages of war? If anything, such games put all the players in the position many dutiful soldiers found themselves; doing what must be done, serving their country, right or wrong, by slogging it out on the bloody battlefield. Wargames from any period face this stigma that war shouldn’t be a game. Yet perhaps H.G. Wells -- one of the fathers of science fiction and pioneer in the field of miniature wargames -- summarized the best response, written for his own Little Wars game rules published only a few years before World War I: “You have only to play at Little Wars three or four times to realize just what a blundering thing Great War must be.”
By putting us in the first-person perspective as a player, games might help us better understand both our past and current events, giving us a personal perspective on some of the battlefield challenges soldiers faced and the risk and courage required to overcome them. Operation Drumbeat enables players to experience some issues German sailors might have experienced aboard u-boats during the last of the “Happy Times” of submarine operations in the Atlantic:
Grid Map: Plotting patrols on a grid map based on actual charts used by u-boat commanders offers some insight into the German navy’s map reference system and gives players first-hand experience in procedure and geography.
War Logbook (Kriegstagebuch): Recreating this historically based document for each cruise offers players a chance to partake in an exercise required of every u-boat captain; maintaining a detailed log of patrol activities as an operational report for naval commanders back in Germany and, incidentally, as a later historical account people today can use to further understand daily routine, attack and evasive procedures, and the general attitudes aboard u-boats. For players of solitaire games like this one, it provides a narrative souvenir of the play experience.
Tension of Battle: Does the captain continue to attack a freighter, or does he leave a stubborn target before reinforcements arrive to hunt down the u-boat? In this “push your luck” game players must choose whether to risk the survival of their crew and vessel to ensure a successful attack.
Escalating Defense: Initially the u-boat captains in Operation Drumbeat met with great success. They marveled at the lack of defensive measures from American armed forces in the face of war declared against Germany. They tracked targets silhouetted in the glowing lights of coastal towns and cities that hadn’t yet realized the value of blackout precautions. They took newsreel footage of New York City’s illuminated skyline. In the few months after Operation Drumbeat began taking its toll on shipping along the east coast, however, American forces so significantly increased their patrol presence that Admiral Dönitz felt deploying u-boats to that region no longer seemed a viable strategy.
By the end of the war more than 30,000 u-boat crewmen -- more than 75% of all such crews deployed by Germany -- were killed. They wreaked havoc on Allied shipping in the Atlantic at a great cost in lives and materiel that could have more quickly ended the war in Europe. They served diligently in perhaps one of the most dangerous theaters of war; 48 men aboard lone submarines prowling the vast, swelling ocean for targets and often hiding for their lives in the watery depths. Operation Drumbeat invites players to experience only a small part of their story.
at 6:30 AM