Last week I opined on the subject of “Gaming in Libraries,” prattling on about my own sordid library gaming past and looking at the issues of offering games in libraries both as the focus of programming events and as circulated items (albeit as “limited circulation” items like reference materials). To follow up that discussion, I’ve pulled together some online resources for the academic and casual reader interested in bringing games to libraries. 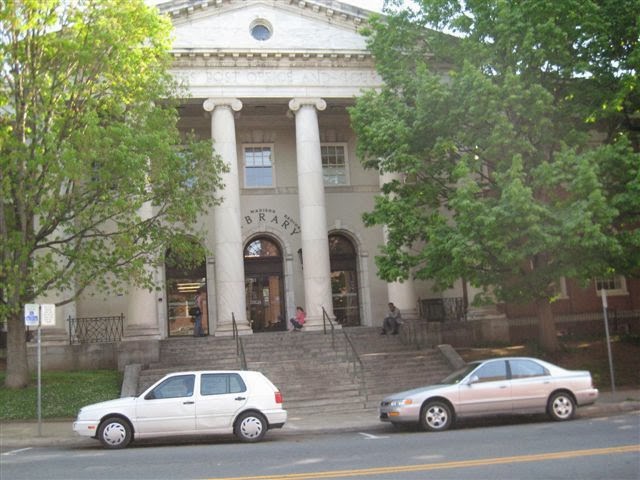 I’m being lazy; I’ve mentioned some of these resources before in my “Gaming Ambassadors” missive here at Hobby Games Recce. Gaming in libraries is one way to serve as a Gaming Ambassador, seeking to introduce games to a new audience and advocate their continued play elsewhere. I feel it’s an important mission on several levels; it promotes the game industry; inspires learning through different, more engaging means; and encourages people to play analog games to alleviate the hectic, harried nature of their busy, plugged-in lives.

ALA Resources: The American Library Association offers two websites with strategies and resources for introducing gaming in library settings, The Librarian’s Guide to Gaming and an ALA wiki page on gaming. The former offers for general tips and best practices, though it doesn’t seem to have been updated in a while. The ALA wiki site offers more updated resources from the ALA and other relevant online and print sources. Given a library’s more public role in the community, the ALA perspective focuses on presentation, administration, and fundraising as well as the practicalities of offering gaming as a library activity, from making games available for the public to explore to drawing teens and other groups into gaming events.

Board Games with Scott: Professor Nicholson’s board games site, Board Games with Scott, provides video reviews of single or groups of similar games, a good way to research different games that might be better suited to a particular library event or collection. Video reviews are also great ways to examine game components without having to purchase the game itself.

National Gaming Day @ Your Library: The American Library Association established an annual day to celebrate gaming in libraries “to reconnect communities through their libraries around the educational, recreational, and social value of all types of games.” This year it falls on November 12, 2011 (it generally comes the second Saturday in November). Aside from bringing people into the library for one day of gaming, the event encourages libraries to explore offering gaming programs throughout the year.

Games, Gamers, & Gaming Blog: Librarian and longtime gaming artist Liz Danforth writes a blog for LibraryJournal.com on various aspects of gaming, especially in the library. She covers a variety of material interesting to her as both a gamer and librarian, from game reviews and interesting developments in design to gamer culture and the role of games in libraries. Danforth offers a unique perspective as a game industry and library professional.

BoardGameGeek.com: This website stands above many others as an online encyclopedic community for hobby games and a resource for libraries to peruse popular or requested games for basic information. It relies on fellow game enthusiast members to submit reviews, rank game popularity, discuss games on forums, and provide links to other resources, videos, and images of game components. Though overwhelming at first to new visitors, Boardgamegeek.com offers a wealth of resources for those playing tabletop games.

Games for Educators: This online newsletter for teachers, librarians, and parents, presents the more academic side of gaming, primarily as a teaching tool. The site runs links to interesting stories about games and education, offers a monthly newsletter, and maintains a comprehensive archive of past submissions categorized by audience (teachers, librarians, home-schoolers and parents) plus reviews and free game resources. Given its academic origins, the site offers a different perspective on bringing games into an educational venue.

Five Board Games Every Library Should Have

Here are five games I’d recommend each library have in its collection, both for limited circulation and events. I’m no librarian (as I have been told in no uncertain terms that without an MLS I shouldn’t even consider applying for a part-time library job); people like Professor Scott Nicholson and Liz Danforth are more qualified gaming and library scholars, and I encourage readers to immerse themselves in their contributions to the field. I’ve made these recommendations based on the games’ popularity, impact on the board game field, and distinctive play styles (many being either cooperative or indirectly competitive). They embody several characteristics of German-style board games many find appealing, including engaging themes, family friendly gameplay,  and a lack of player elimination.

The total retail cost to obtain one copy of each of these games is $173.96…less than $200; granted, this doesn’t cover the salaries of staffers willing to learn and teach these games to program participants, or the time to unbox them and sort components into acceptable reference and circulation formats; but it’s a core collection for circulation and events. One can find most of these at a discount at various online vendors; many Friendly Local Gaming Stores offer discounts to regular customers and might be willing to offer games below retail price for library gaming endeavors as a community partnership. (And The Librarian’s Guide to Gaming has some good ideas on strategies for funding game acquisition.)

Carcassonne (retail $29.99): Players pick and position tiles depicting cities, roads, monasteries, and fields, placing their people-shaped markers -- the original “meeple,” a blend of “my people” -- to claim features and territories for the highest score. It involves both spatial skills and territorial acquisition, and encourages making the best of the tiles players draw given the evolving “board” configuration and various strategies (building one’s own features, denying other players territory, etc.). Carcassonne won the Spiel des Jahres in 2001.

Forbidden Island (retail $16.99): A cooperative board game where the players, as explorers, attempt to retrieve four treasures from an island before it sinks below the ocean waves. The most affordable game of these recommendations, it serves as a fantastic example of a cooperative game in which players work together to “beat the game.” It’s much more thematically gentle than designer Matt Leacock’s other excellent cooperative game, Pandemic, which is also good but probably not appropriate for younger library users (or adults, for that matter, who might be disturbed by playing a game about global contagion). Forbidden Island is a 2010 Mensa Select winner and a nominee for the prestigious 2011 Spiel des Jahres prize.

Ra (retail $34.99): Players draw tiles and bid on sets to collect various elements of ancient Egyptian society, from agriculture and civilization to monuments and dynasties of pharaohs. German game superstar Reiner Knizia designed this classic bidding game that demonstrates the concept of indirect conflict between players with an alluring ancient Egyptian theme.

Settlers of Catan (retail $42.00): Many credit this game with introducing the Euro- or German-style board games to an American audience. Players intent on colonizing an island collect resources to build settlements, cities, and roads and become the dominant force on the island. Gameplay encourages interaction to collect sufficient resources yet fosters indirect conflict among players through territorial control. Settlers won the prestigious Spiel des Jahres prize in 1995 and an Origins Award in 1996 (among a host of other honors).

Ticket to Ride (retail $49.99): Players collect card sets to claim different railway routes across America, create links between particular destinations, and build the longest rail line. Designer Alan Moon created a game with simple core rules but elegant strategies balanced between hoarding resources and claiming routes before competitors. Although the board depicts a map of American, it encourages participants to have a serviceable knowledge of geography. A host of similarly themed sequels and supplements exist for various geographical regions, including Europe, the Nordic countries, Switzerland, Asia, and India. Ticket to Ride won the prestigious Spiel des Jahres award in 2004 and the Diana Jones Award for Excellence in Gaming in 2005.
at 1:35 PM