In my gradual shift from huge roleplaying game tomes to short-and-sweet mechanics I’ve come across a few very basic systems that appeal to me. They might not have the depth of complexity many other games offer – both simple and comprehensive – but they provide a core task resolution system with potential for expansion and an ease of adapting to various settings.

Since the dawn of roleplaying games in the 1970s gamers have tended to take existing systems and modify them to reflect their personal play style and expectations from the mechanics. Initially this came from deficiencies gamers found in the earliest versions of Dungeons & Dragons, classes, monsters, and other rules they felt the original rulebooks lacked (as Jon Peterson documents in Playing at the World). Wargamers had already been “modding” rules for years, creating new scenarios and variants for their favorite titles. The trend continued throughout roleplaying games’ further development. Some variations remained “house rules” among small groups, while others found momentum and support to become original games for publication. While I enjoy playing and house-ruling games to reflect my own expectations for established games, I find intuitive, basic core mechanics engage my urges toward more simplified systems to adapt to appealing settings.

Although the game systems that caught my eye recently have their merits (as outlined below), this trend toward basic mechanics with further adaptability isn’t new. S. John Ross accomplished this in Risus: The Anything RPG way back in the 1990s with its system of die pools assigned to broad (and often humorous) clichés; it remains one of the most elegantly intuitive roleplaying game systems with the potential to expand the core mechanic and ability to adapt to any setting. The system works well in both group and solitaire play, with the free solo adventure Ring of Thieves masterfully demonstrating the solo potential. The basic Fighting Fantasy system from the eponymous solitaire game books also provided a basic framework with its Skill, Stamina, and Luck stats, each working in their own way to determine attacks, absorb damage, and modify rolls. (The Sorcery! series also factored in a basic, memorization-based spell system). The mechanics worked well for the solitaire adventures, though the self-regulated combat often devolved into back-and-forth die-rolling contests between the hero and monsters. An ambitious gamer could easily adapt either system from its original form and modify it for a deeper complexity and specific setting (though Risus remains solid on its own without much system modification and encourages adaptability to any genre). 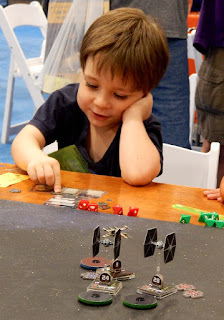 “There is nothing like looking, if you want to find something (or so Thorin said to the young dwarves). You certainly usually find something, if you look, but it is not always quite the something you were after.”
– The Hobbit


In this Internet Age it’s easy to rely on search engines and lists of recommended product/content generated by computer-driven algorithms. Unfortunately this limits our exposure to potentially interesting or inspiring material. Perhaps we could occasionally venture beyond our cozy, narrowly curated experiences and return to that pre-internet habit of browsing, wandering through landscapes likely to cater to our interests in search of something new. You never know what you’ll find.

Browsing informed my earliest exploration in the realm of fantasy and science-fiction literature. The summer before my senior year in high school I immersed myself in novels and short stories thanks to the independent bookstore in my hometown (Books on the Common, about which I’ve reminisced before) and a keen bookseller who always made sure he stocked all the titles in any series engaging my interest. In the cozy corner near the single bookshelf unit devoted to such fantastical fare I could browse paperbacks, marvel at cover illustrations, and take my time perusing beguiling back-cover copy before deciding which book to purchase for my week’s reading. In the days before the internet enabled access to a worldwide network of fans, online bookstores, reviews, and author bibliographies I browsed that small sci-fi/fantasy section and exposed myself to the wonderful writings of Niven, Eddings, Moorcock, and others I’d never have found otherwise. 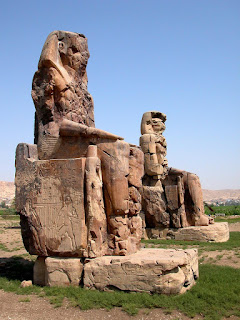 In college, as a Creative Writing major, I was paging through a dictionary seeking the meaning of some unknown word...a practice I don’t hear encouraged as much as in my time, certainly one replaced with the expediency of surfing over to Merriam-Webster.com and looking up words in the search field. As I was paging through “M” I noticed an interesting guide word. Remember guide words, those words in the upper corners of the dictionary pages that indicated the range of alphabetical listings on each page to aid reference? “Memnon.” I’d never noticed the name before despite a great interest in myths, science fiction, fantasy, and other fantastical literature. “Memnon: 1. an ethiopian king killed by Achilles in the Trojan War and made immortal by Zeus. 2. a gigantic statue of an Egyptian king at Thebes, said to have emitted a musical sound at sunrise.” That definition – encountered by sheer chance browsing through the dictionary – fired my imagination and spurred me to investigate more about the singing statue, inspired me to wonder about an archaeologist who might have found the artifact and what he might have learned from it. My initial explorations formed the basis of a historical short story for my creative writing fiction class and later, in an altered form, my first professional short story sale, “Memnon Revived.” The experience started my long immersion in both ancient and Victorian Egypt. 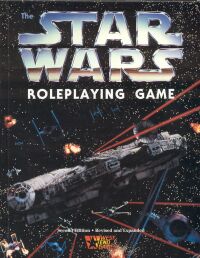