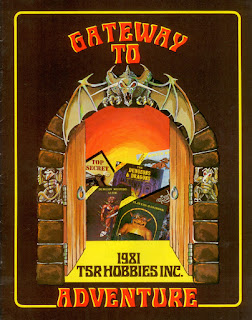 Some gamers thrive on industry news and the acquisition of new releases that engage their interests. Others remain content to explore games of whatever type at their leisure, trying a new game now and then, returning to old favorites, even exploring older releases discovered in newly remastered PDFs or used bookstore shelves. The more we stay attuned to the gaming industry and community the more we’re exposed to the excitement of new releases, especially when reinforced by gaming friends, convention promotions, and activities at the Friendly Local Game Store (FLGS). The concept of getting the “new hotness” as soon as it releases is a cornerstone of marketing, one further reinforced by the Fear of Missing Out (FOMO) cultivated in our faster-than-light Internet Age. Some find resisting the new hotness easier than others; I’ve occasionally succumbed to it but find it easier to hold out and be my own gamer as I’ve aged (matured?) and changed my gaming group.

When I first immersed myself in roleplaying games way back in 1982 (to me the height of the “Golden Age of Roleplaying”) I was inspired by the “Gateway to Adventure” 1981 TSR Hobbies Inc. catalog that came in my Basic Dungeons & Dragons boxed set. It seemed I held a road map to my exploration of fantasy roleplaying from B/X D&D into “Advanced” D&D, through exciting adventure modules, across multiple genres in other games, and even into the realm of board gaming...and perhaps even to the ultimate experience of GenCon itself! I dutifully checked off the supplements I bought and put unchecked boxes next to the ones I hoped to acquire some day. My adoration of the TSR catalog highlights how publishers can channel our excitement for a product into visions of future purchases. It took me years to finally reach the mecca of the gaming world, GenCon, though it remained an aspiration throughout my high school and college years. When I finally had the chance to attend while representing West End Games I found the convention rife with temptations to buy the new hotness. Every publisher displayed some special must-have GenCon release for their game line.

Thankfully roleplaying games offer us a chance to indefinitely expand our horizons on our own without so much as any additional supplement or module; yet new product driving sales remains the bread and butter of professional game publishers, the means to produce more and remain a viable business entity. As consumers we’re responsible for how we spend our money, whether we conservatively add to our game collection or constantly splurge on the newest games and supplements.

But it’s not simply driven by publisher marketing. The social nature of gaming creates two extremes between which gamers exist: playing on the local scale with one’s friendly gaming group meeting at someone’s home and the larger community of gamers one meets at Friendly Local Game Stores, conventions, and other public events. At home we can play with our friends, easily come to an agreement on rules (or house rules), and explore games at our own pace, trying new ones and returning to old standards that satisfy our gaming urges. Out in the larger gamer community, however, the new hotness often drives the games we find at conventions, FLGS game tables, and even public library events. For instance, when I play the X-wing miniatures game with my family and friends at home we can gloss over some rules, make squads of whatever point value works best, and make rulings at the spur of the moment without stopping for five minutes to comb through the rulebook or tournament rules to find a precise resolution. But when I play at the FLGS or in a tournament I must be up-to-date on all the latest, official rules interpretations because everyone’s playing with a commonly understood set of rules, a core language that adjudicates fairness in lieu of a live, third-party referee. The same applies when I want to play D&D: at home I can run the house-ruled B/X D&D I prefer, but if I want to play D&D at the FLGS or convention I probably have to settle for D&D 5th Edition or Pathfinder, the two most prominent games currently supported by their publishers. 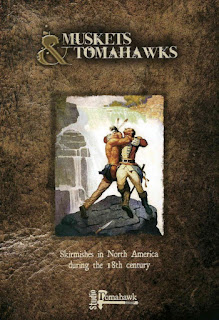 I’ve had varying success resisting the new hotness. Back when the X-wing miniatures game was all new and shiny we looked everywhere for a TIE Advanced expansion pack because my son was immersed in Star Wars at the time and wanted to fly as Darth Vader. By the time we found it his interest was waning, though he flew Darth Vader’s TIE fighter several times before we moved to other games. Kickstarter proved an interesting exercise in resisting the new hotness; it’s driven by the new and shiny and FOMO. I back more board games there than roleplaying games, but the few I’ve supported seemed to me at the time more cutting edge while still engaging my interests (I’m looking at Numenera and Bethorm: The Plane of Tekumel in particular). Ever since its release I’d been sorely tempted to buy Muskets & Tomahawks, a miniatures wargame for the French and Indian War (FIW) with some interesting mechanics; but the $40 price tag for the 64-page black-and-white rulebook plus the deck of cards (for randomized unit activation) deterred me. I came close to buying it at several conventions when people were running games and it seemed new and hot. I found other ways to channel my interest in the FIW. Then just last month I found a copy at the regional used book store...for $8. Granted, it didn’t include the cards, but the rules clearly noted how many cards one needed and the information they contained (primarily unit type and number of actions taken during an activation).

My resistance to the new hotness has grown with several developments, choices I’ve made in my game purchasing and playing. The wisdom and patience gained over the years temper my enthusiasm for new games and force me to carefully research and consider new purchases. I monitor developments in the hobby (professional, amateur, and points in between) for ideas that interest me, then take the time to research and prioritize those that seem worthy of acquisition. Some sit on a wish list forever, others remain elusive prey at conventions or used book stores. I’d rather wait around for a good deal than gorge myself on fresh helpings of new hotness. Most of my gaming these days takes place around the kitchen table or in the basement wargaming table with family and friends, so buying the cutting edge games isn’t always paramount...we have plenty of games from which to choose. I enjoy hosting and playing games at conventions, but I prefer running game systems I’ve developed myself or worked on in the past (primarily Panzer Kids and various D6 System roleplaying games). I rarely game at the FLGS; while it’s quite friendly it’s not really “local” at an hour’s drive away. And the few times I did participate in store events (X-wing miniatures tournaments) my enjoyment was severely tempered by their competitive nature and the stress of having to know every rules nuance and upgrade detail. So the only pressure to succumb to the new hotness comes from two very manageable sources: my home gaming activities and my own interests.

I’m certainly not saying any new hotness is inherently bad; it’s a fact of life for professional game publishers and those consumers who enjoy their product. Some new hotness has merit depending on individual gamers’ tastes for system and genre...and as consumers they bear the responsibility for how they spend their money. It can often dominate the public face of the adventure gaming hobby, especially when newcomers and kids see the latest fare at FLGS and convention events. The dichotomy between the tried and true and the new hotness, the private and public pursuit of our hobby, is an issue each gamer faces in their own way according to their interests, play style, and means.