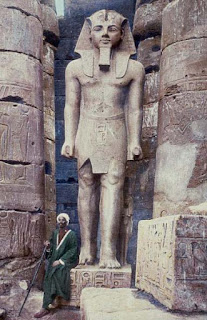 [Editor’s Note: And how timely that, as I prepare to post this, archaeologists in Sakkara, Egypt, have just discovered an undisturbed 5th Dynasty tomb of a priest from 4,400 years ago....] 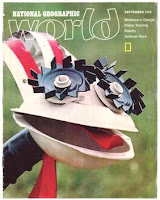 Kids magazines have often had some element of play in them, usually relegated to the puzzle variety: word searches, mazes, crossword puzzles, and find-the-hidden-items pictures. I received a number of these magazines growing up, notably National Geographic World, Highlights for Children* and Ranger Rick. When I immersed myself in the adventure gaming hobby I used to love getting games bound within the pages of the long-lamented Dragon Magazine: Tom Wham’s File 13 and King of the Tabletop remained two of our favorites, though we tried all those games at one point. Some magazines like SPI’s Strategy & Tactics included complete wargames with maps and counters (continued today by Decision Games); even today endeavors like Yaah! Magazine carry on the tradition of featuring full games within their pages. As a parent I’m encouraged now that my child has reached an age where he can read what he wants and pursue his own interests...in this case intriguing aspects of history. It helps that his third grade class will finally study any history – ancient history as it happens – as opposed to basic concepts like citizenship, how many stars and stripes are on the flag, and what Thanksgiving and the Fourth of July are all about. (I’ll also freely credit his school library and librarian, who encourages the kids to browse for and check out books that interest them.)

So I started thinking about what a kids history magazine with a game might look like. I’m no educator, nor have I any applicable degree in anything useful in this matter (as I’ve been sternly told before by certified gatekeeper professionals). But I have more than 25 years’ professional publishing and game design experience, with a solid foundation in writing and editing. So I began daydreaming about what I might include in such a magazine. I’d start with the game: while it could evolve from a central thematic concept, the articles would reinforce game elements. Ancient Egypt remains one of my areas of interest – having written a few game books about Egypt – so I thought I’d develop a very basic game giving players an idea of how Egypt functioned as a society: dependent on the flood and harvest for its prosperity, along with a strong army to fend off invasion and unrest, a proud priesthood to honor the gods and maintain order, and a pharaoh’s need to build an extravagant tomb to honor his own legacy. Lord of the Two Lands (the working title) evolved into a lightweight solitaire game with resource allocation and some random elements. Each turn the player gains a variable number of resources to put into his granaries, from which he can raise an army, lavish the priesthood, and construct a tomb; though war can remove resources and religious intrigue can shift them to the temples. Can the player/pharaoh last nine turns and build the most extravagant funerary monuments? Working from the game idea outlined above, I’d fill the magazine with articles that reinforced game elements and themes. “The Nile: Lifeblood of Egypt,” “Armies & Enemies,” “Gods, Priests & Temples,” and “Pharaoh: Immortal Ruler.” Something like that.

Such a publication endeavor is fraught with numerous challenges. Assuming a market even exists for such an idea, one must invest considerable time in developing games suitable for both the youth market and the magazine format, including extensive playtesting. Writing articles seems the easiest, though as a writer or editor I’m not very good judging what level of stylistic complexity best suits the intended youth audience (which I’d estimate at between fourth and seventh grade). Artwork and layout would have to be full-color and appealing to young eyes, though I fear today that translates to busy pages splashed with tidbits of information with lots of color and multiple fonts. Publication itself poses many questions and challenges. Print publication and distribution isn’t cheap. Even doing so in electronic format through PDFs remains problematic; such a publication doesn’t seem to fit the profile of the mass One Bookshelf family of PDF purveyors like DriveThruRPG and Wargame Vault. While Patreon offers an interesting e-subscription service, it’s niche enough to avoid the gaze of the mass market that would naturally drive this kind of magazine.

So I’m left floating around my now-frustrating daydream, wishing this could work but knowing it won’t in today’s interwebzes-dominated world. But while my daydream is fleeting, the reality of the solitaire Lord of the Two Lands is my gift to you this holiday season. It’s not as polished as I might like and I doubt it’s at the proper language level for its intended youthful audience; but for a quick side-trip design experience I’d like to think it suffices. Download, print, and play it in good health. (And if you like it and wish to show your gratitude, please consider purchasing one of my other products at the Griffon Publishing e-storefront or leaving a contribution for a pay-what-you-want publication. Thank you.) Io Saturnalia! And may Great Cthulhu not rain madness and despair upon you and your loved ones this holiday season.

* As an interesting aside, the main office of Highlights for Children resides in Honesdale, PA, the same place where West End Games relocated from New York City and where I lived and worked during my tenure with the game company. Alas, when West End declared bankruptcy the Highlights offices were flooded with the resumes of former game editors, though to my knowledge no ex-WEG staffers found employment there.