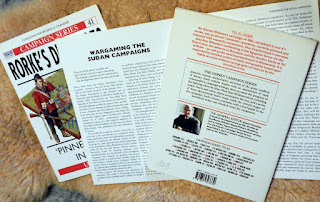 I can’t recall the first Osprey Publishing book I bought. I’m guessing it might have been something either for the Victorian period or World War II. But I certainly remember – in those days when my interest remained firmly grounded in roleplaying games with only nascent dabblings in miniature wargaming – the few pages at the back of each Campaign series book offering insights on how to wargame the campaigns featured in the book. They’re something I miss today as I explore historical miniature gaming even as Osprey itself publishes its own rules and I continue exploring sources that address playing out historical conflicts on the tabletop. 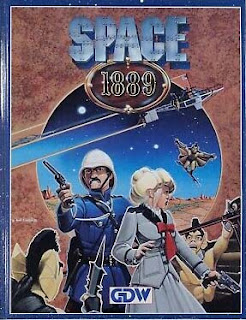 Back in the 1980s and 1990s it seemed every hobby store worth its salt sported a spinner rack displaying Osprey wargaming books. I saw many when I trekked out to game stores in my college years or during my first job; by this time I’d immersed myself in the fantastic Victorian roleplaying game Space 1889 by GDW, which helped inspire interest in colonial conflicts of the time. I probably picked up a few Osprey books about this period back then. My exposure to empire films like Gunga Din, Khartoum, and Zulu probably led me to buy a few related Osprey titles; The Indian Mutiny (Men-at-Arms #67), Queen Victoria’s Enemies (2): Northern Africa (Men-at-Arms #215), and Khartoum 1885 (Campaign Series 23). In the mid 1990s I discovered R. Talsorian’s Castle Falkenstein and no doubt picked up more books when preparing a pitch for an Egyptian diary/sourcebook (which, alas, languishes unfulfilled in one form or another on my Pile of Abandoned Projects). Later, during my Desperate Freelance Years, I wrote the Afrika Korpse supplement* for Pinnacle Entertainment Group’s Weird War II line; I recall acquiring a host of relevant titles for the research even though I could ill afford them back then. By this time Osprey books’ engaging format – military history distilled into useful and clear chapters covering commanders, armies, tactics, key battles, and resources, all enhanced by maps, period images, and original artwork – had me hooked.

Right off I noticed the very last chapter of each Campaign Series book, a few pages discussing wargaming the campaign covered. Most such titles had back cover copy explaining the Campaign Series, including the final sentence: “Each volume concludes with a brief guide to the battlefield today, and detailed notes for wargamers.” At the time these didn’t make much of an impression on me other than to expand my perspective on wargaming. The back cover also carried a brief note on the series’ general editor, David Chandler; if he didn’t write these wargaming notes himself based on the material he reviewed as a series editor then he, in that capacity, at least encouraged authors to include them. At the time he was head of Sandhurst’s Department of War Studies, but he was a scholar of the Napoleonic wars, an authority on military historian, and accomplished author in his own right. No doubt better appreciations of his life and work exist than the few obituaries with only lifetime highlights and scant details of his other endeavors.

Up to that point much of my wargaming experience came from the chit-and-board variety, with some home-brew fantasy miniature gaming using the figures I’d collected and painted in high school during my immersion in Dungeons & Dragons. But over the years – while buying Osprey books to supplement my urge to learn about various historical periods – much of my gaming has migrated from roleplaying games toward miniature wargames (though I still quite enjoy the former when I can mange it). I’ve often turned to Osprey titles when perusing resources for my own wargaming endeavors. The wargaming notes help highlight elements of a campaign or battle worth integrating into whatever rules I’m using.

Over the years Osprey Publishing has changed its cover graphic design, so some older, reissued titles still have the wargaming notes. But with the passing of Chandler as series editor (he died in 2004) the inclusion of wargaming notes fell by the wayside. Certainly modern Osprey titles still contain a wealth of useful historical information and amazing graphics, but wargamers today are left to analyze the whole and glean gaming insights themselves.

I find the lack of these notes even more surprising given Osprey’s own relatively recent foray into miniature wargaming rules, some grounded in fantasy but many in historical reality. Many titles cover historical conflicts in wargaming rules, such as Absolute Emperor* for Napoleonic wars, The Men Who Would Be Kings for Victorian colonial wars, Across A Deadly Field *for the American Civil War, and Rebels and Patriots for the American War of Independence. These games certainly draw on Osprey’s legacy of fine historical publishing and engage those who wish to bring history back to life on the wargaming table. Despite the loss of the wargaming notes in Campaign Series books, I’m encouraged by Osprey’s foray into miniature wargaming rules; particularly the efforts of one of its authors. 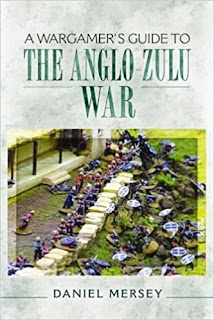 Daniel Mersey’s done his share of great wargaming design. We enjoyed his Battle Ravens game (with fantastic Peter Dennis artwork). He’s released some new titles under his own imprint for early British warfare and World War II tank battles. He’s designed several titles for Osprey’s wargaming series like The Men Who Would Be Kings mentioned above as well as Lion Rampant (medieval warfare) and Dragon Rampant* (which I’ve used for fantasy Lord of the Rings battles) each one evolving from the earlier ones. The rules obviously reflect the history in the composition and function of military units, special traits, and scenarios, but offer only tidbits of background history, assuming players already know about each period. They’re fine on their own, but Mersey really begins channeling Chadwick’s wargaming notes in his other books on specific periods for Pen & Sword Books. His “A Wargamer’s Guide to...” series covers several popular gaming periods: the Norman conquest of England, the early Roman empire, the Anglo-Zulu War, and World War II desert warfare. Filled with resources for gaming – history, units, published rules, scenarios, figure manufacturers – each one imparts a very good sense of the conflict and the tactics employed by combatants. In this step beyond the Campaign series wargaming notes, these books build a solid foundation for anyone seeking to expand into a particular period covered, both from a historical angle as well as a practical wargaming perspective.

I continue exploring different historical periods and wargaming rules as my interests shift and grow. Osprey books certainly offer a well-researched, and visually engaging overview to any military history subject. The rules Osprey releases compliment these guides, enabling gamers to bring to life such battles on the tabletop. Mersey’s contributions – through Osprey, Pen & Sword, and his own publishing endeavors – help point gamers in the right direction, both to explore a period through wargaming perspective and in appreciating these conflicts in the broader context of our history.