Technology constantly marches forward at a seeming exponential rate. New developments change how people carry on with everyday activities, as I’ve noticed in my professional life as a writer, editor, and game developer. I look back when I first started more than 20 years ago and see how I conduct business today; let’s face it, I started in publishing when “cut and paste” meant exactly that. I remain amazed at the changes the Internet Age has wrought in how game companies and customers share information. 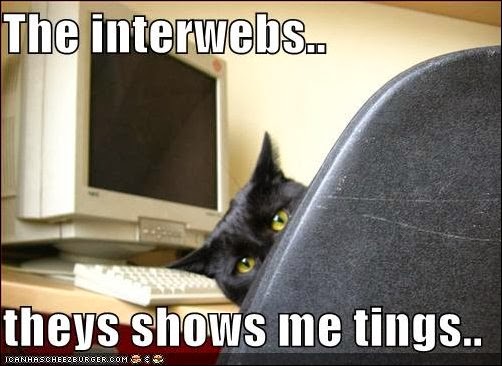 Internet connectivity for individuals, corporations, and institutions today seems ubiquitous (though many in our society’s less-prosperous levels still don’t have regular access…); one cannot imagine a company without access to the internet and all the communication tools it offers.

I’ve seen these technological developments affect various aspects of my own life at different stages, from an editor at a game publishing company to a freelancer and sole proprietor of a small game studio advancing my own projects. I think some of the more pronounced differences come from examining my work on staff as a roleplaying game editor with the late, lamented West End Games from 1993 to the company’s bankruptcy filing in 1998.

Then: During my time at West End editors communicated with authors and artists by mail and phone. As editor of The Official Star Wars Adventure Journal, I perhaps had more traffic with authors and artists than most other editors at the company, with a host of contracts, critique letters, and other formalities for each of the magazine’s quarterly issues. Letters and contracts were printed and copied before going in the post, and authors and artists signed and returned official paperwork (voluminous thanks to the company’s licensing arrangements with Lucasfilm), which we countersigned and returned one reference copy (and some went to Lucasfilm for counter-signing). Long-distance phone calls covered basic revisions and last-minute logistics. Toward the later 1990s West End had some e-mail capability shared on one account by all the editors…meaning that everyone read everyone else’s business and, given everyone’s creative egos, passed judgment and shared their opinions, welcome or otherwise. When I finally and reluctantly entered the Internet Age on my own, I conducted a good deal of e-mail correspondence using my own computer and my personal e-mail account…this in the company’s last six months of viable existence.

Now: Most of these communications logistics -- even contracts -- go over the internet in the form of e-mails and attachments. Necessary “phone” conversations can occur over Skype or Google+ Hangouts for free. Editors can view work by potential authors and artists on their web and social networking pages without having to solicit printed game-writing and artwork samples (or lug them back from convention meetings). Without the delay in waiting for snail-mail, business occurs far more rapidly, with game company staff able to make informed decisions after some web surfing for information about potential writers and artists. Communication with contributors occurs more swiftly yet as clearly as a written letter.

Then: West End Games had several print venues available for advertising, primarily gaming magazines. Paid advertising often remained expensive and thus a constantly debated strategy. While the company welcomed positive reviews, it remained reluctant to send out comp copies and actively cultivate reviews after getting burned by a critic who was sent a preliminary manuscript lacking artwork and yet reviewed it as the finished product. The company also pursued advertising opportunities through its distributors and at conventions, traditional options available even today, though reaching only a sliver of the overall gamer population. West End didn’t do many bulk mailings while I was there -- a catalog or two and several issues of Infiniverse (see below) -- but I recall seeing Ron, loyal assistant to the owner, hunched over piles of folded, stapled newsletters, mailing stickers everywhere, consulting the bulk mailing binder like a baffled sage trying to decipher some ancient, impenetrable manuscript.

Now: The internet offers a host of tools for more effectively communicating with customers, from company websites and social networking sites to forum posts, e-mails broadcast to lists, and press release “blasters.” These venues also offer the means for swift feedback from consumers and fast, two-way communication with individuals to better foster a relationship between companies and fans. Websites display “catalogs” for current game lines (whether or not they’re actually sold through the site) the company can easily update, promote, and support with supplemental gaming material.

Then: To its credit, West End Games in its heyday had some innovative ideas beyond those in published rulebooks and supplements. The company tried several ways of disseminating supplemental materials to fans. The evolving campaign setting of TORG comes to mind, with different realities invading earth and battling for control of various regions, plans which player groups tried to foil by running published adventures. Each scenario had a form gamemasters could snail-mail back to West End to report their group’s accomplishments, material editors tabulated and used to change the campaign landscape in future products and updates, particularly the periodic Infiniverse newsletter. (For this purpose a huge world map dominated one wall in the office, marked with pins and stickers to delineate the back-and-forth progress of the invasion.) It was an innovative approach to TORG’s inherently changing setting, one hindered by the realities of snail-mail communication. The company also included updates in published product; for instance, many Star Wars roleplaying gamers got their four-page, folded “rules upgrades” for first edition as an insert in early shrink-wrapped adventures. In 1997 we created a full-color, quick-start Star Wars Roleplaying Game flyer (Mos Eisley Shoot-Out), complete with map, counters, and scenarios, to distribute to potential new players at conventions and other venues, but its distribution channels were so limited that few made it into the hands of potential customers (I still have a small pile of them somewhere…).

Now: This material often falls under the “free downloads” category. Rather than sending a postcard requesting more information or a self-addressed, stamped envelope for a newsletter or free scenario, fans simply log on and download free resources from the game company website. Companies can easily upload and announce new errata, free adventures, quick-start rules, and other promotional materials, adding value to fans’ existing games and making a show of good will toward consumers. It’s heartbreaking for me to comprehend how much more different and vibrant the evolving TORG campaign world might have been in the Internet Age, how much better the successful Star Wars Roleplaying Game line might have been supported through an avid fan base, or how on-staff and player supplemental material might have enhanced other licensed and non-licensed game lines.

Many speculated West End’s demise came about through its absence of any internet presence when the web landscape was just emerging. No doubt the lack of information technology savvy -- a single e-mail account and no company web site -- hobbled West End in its desperate, final efforts to stay afloat, but it might only have helped if they were already firmly in place. Other forces, perhaps the same elements that deemed e-mail and internet too expensive and time consuming, pushed the situation beyond the brink of financial viability. I sometimes contemplate what West End’s presence might have looked like had it enthusiastically entered the Internet Age at an earlier point; whether or not it might have saved the company, the imagined internet presence of West End Games -- complete with free download resources and scenarios, press releases, art and editorial previews of upcoming products, and a greater rapport with fans -- remains a faded dream of what might have been.
at 8:41 AM