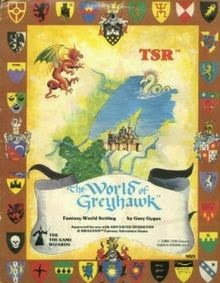 This year marks 30 years as a gamer for me, starting with my parents giving me the Dungeons & Dragons Basic Set as an Easter present. I’ve found it a fitting occasion to examine my early gaming past, which would remain incomplete without reminiscing about my first “gaming” store, Branchville Hobby in Ridgefield, CT.

Branchville Hobby occupied part of the second floor of a two-story building at the corner of Route 102 (Branchville Road) and Route 7 (Ethan Allen Highway) across from the train station. Branchville itself is a small commercial area located about five minutes’ drive from the center of the town of Ridgefield. Most of the businesses still cater to people in the southeastern corner of the town’s official boundaries and commuters along the busy Route 7 corridor (insanely congested even way back then).

The building’s main floor housed Ancona’s IGA grocery, which later expanded to a nearby location to become a cornerstone of the Branchville and Ridgefield business community. One reached the hobby store by ascending an exterior staircase to an alcove with a door, the kind of entrance that didn’t really give confidence to new customers but seemed perfect for those “in the know” who dabbled in any dubious hobby pursuit.

A central island held the register and display counter, with a few tables for key hobby displays and the rest of the merchandise on shelves along the walls. The store carried model railroading supplies, models of all kinds, flying rockets and planes, and some sports equipment (no doubt there were other categories a clueless young boy didn’t notice since they didn’t interest me at the time). We had visited the hobby store before as younger kids, more as a novelty where we purchased balsa airplanes and model kits and, as my brother immersed himself in the HO-scale model railroad hobby, train stuff. Young boys found the most exciting feature in a side room: an entire HO-scale railway layout, complete with city, cutaway-view subway station, numerous trains running simultaneously, even a house “on fire” with a fire engine raising and lower its ladder to extinguish the blaze (all dependent on technical good fortune). Despite gaming slowly making its way into the inventory, the store had no open play area and rarely had any gathering of gaming fanboys hanging around.

When I started playing D&D the store kept most of its roleplaying game books and minis on the counter near the register and on a nearby display table. I suppose at the time it was the latest fad and deserved a place of prominence, though this might also reflect the limited number of products available in the adventure gaming hobby’s infancy. Still, the store managed to carry most of the “core” rulebooks, boxed sets, and games of the time. Once I immersed myself in D&D and other roleplaying and gaming pursuits, visits to Branchville Hobby became more frequent. Throughout my high school gaming years I bought nearly all my earliest D&D materials from the meager stocks there: the Expert D&D set, Player’s Handbook, Dungeon Master’s Guide, Monster Manual, the Fiend Folio, even the World of Greyhawk folio edition -- whose poster maps adorned my bedroom walls and became visual icons of my early gaming experience -- and modules galore, including A1 Slave Pits of the Undercity and the tame version of B3 Palace of the Silver Princess. This was the place to find the “latest” games to add to my collection, titles I’d read about in Dragon Magazine reviews and advertisements and longed to try: the Gamma World box deal shrink-wrapped with several modules and the referee’s screen, Top Secret and its early modules, Star Frontiers, even a few Avalon Hill Games like Wizard’s Quest, B-17, Queen of the Skies, and Mystic Wood. I started slowly my first “D&D summer,” with new acquisitions usually occurring during prime breaks from high school -- Christmas break, winter or spring break, and summer vacation -- during which I could read new material and run games with neighborhood friends.

The store staff never really made an impression on me one way or the other. They always seemed polite but never overly friendly or enthusiastic about any particular hobby. Perhaps the best impression I got was one of my first purchases, the D&D Expert boxed set I bought at the beginning of my first “D&D summer.” The clerk tossed an “old” copy of Adventure Gaming magazine (October 1981) into the bag as a freebie; sure, he was probably just trying to get rid of a slightly out-of-date magazine, but it gave me one more glimpse into my nascent and imaginative gaming hobby.

During these years Ancona’s IGA moved out from downstairs to its new supermarket facility nearby. The hobby store morphed into Branchville Sport & Hobby, with emphasis on the “sport” as it catered to the burgeoning horde of organized youth sports teams. At first this allowed hobbies to take over the entire second floor, since the sports equipment side of the business had slowly but steadily encroached on hobby space. After leaving for college I didn’t visit Branchville Hobby much. At that time roleplaying game books were finding their way into mass-market bookstores -- I found my first copies of Paranoia and the Star Wars Roleplaying Game at the local Waldenbooks -- and my hobby interest became secondary to my collegiate studies.

The last time I visited it, Branchville Hobby languished in its final days. I was home on a summer break from college after having discovered West End Games’ venerable first edition of the Star Wars Roleplaying Game; I stopped by to see what they had and picked up the Tatooine Manhunt adventure. By then it was more accurately called Branchville Sport, the “hobby” portion having been so marginalized as to be crammed into a few shelves down a front aisle. (I sometimes sadly ponder the fate of the store’s fantastic HO model railway layout….) Not long afterward the store closed; the space has since hosted numerous businesses, none of which had the joyful appeal of a hobby shop.

Since then, during a long hobby and professional career in gaming, I’ve visited many gaming and hobby shops, some just once, others habitually. They’ve run the range of dedicated gaming stores to hobby shops with some gaming materials, those with knowledgeable and friendly staff, generous open gaming areas, and comprehensive inventory and those without. Time has no doubt fermented my memories of Branchville Hobby into the pleasant liqueur of nostalgic reminiscence, but one doesn’t easily forget impressions of their first foray into something new, exciting, and life-changing.
at 8:20 AM