I’ve considered blogging about my thoughts as a game designer for some time. My natural instinct to keep my proprietary projects secret until ready for release has prevented me from taking this course before; but now seems the time to discuss projects and my approaches to them openly. I’m hoping the process not only helps me clarify my design rationale through presentation and discussion, but provides those who admire or take interest in my work a glimpse into my thought process. In doing both I hope to foster some sense of community, explore game design issues with friends new and old, and, of course, encourage a loyal fan base for my work.
Although this blog will probably focus on elements for roleplaying games, I’d like to briefly introduce some projects across the gaming spectrum I’m currently developing to provide a basic framework for exploration of relevant game design issues:
The Roleplaying Game Project: I’m in the early stages of designing a fantasy roleplaying game combining elements appealing to old-school-renaissance gamers as well as those seeking to introduce kids (10 and up or so) to such games. I don’t consider myself much of a game system designer -- my expertise really shines more in setting and adventure design -- but I’ve succumbed to the egotistical inclinations to develop a game engine I feel has unique and entertaining qualities that also fulfills my other ulterior motives. While I also have ideas for a basic yet engaging medieval fantasy setting, that’s only a secondary element to an enjoyable game system suitable for kids (and adults) to explore roleplaying.
The Roleplaying Game Setting Project: A long neglected project, my Infinite Cathedral medieval fantasy setting has been languishing on a back burner for years. Significant portions are written, though other major sections remain neglected and require further development. The project outline, in my mind and on paper, has undergone revision from one massive sourcebook to a multiple-release line of setting supplements, including a brief (and possibly free) player guide, basic setting sourcebook, and separate, themed location supplements.

The Pen-and-Paper Wargame Project:Frequent readers of the Griffon Publishing Studio website know I’ve developed a solitaire wargame similar to Avalon Hill’s venerable B-17, Queen of the Skies; my game, Operation Drumbeat, focuses on German u-boat patrols along America’s east coast in the opening months of 1942 when America seemed unprepared for war. It employs a similar table-driven game system as B-17, replacing that game’s flight log with a similar resource, the war logbook (Kriegstagebuchfor you German speakers), and providing a historically inspired grid map on which players chart their patrol courses. At this time the game has gone through playtesting and revision to the final layout stages. 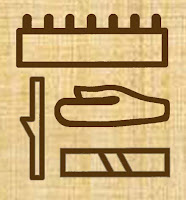 The Abstract Board Game: I’ve been toying with a design for an abstract board game tentatively entitled Kadesh: Pharaoh’s Chess. The piece movement and placement reflect the Battle of Kadesh in 1300 BCE, which Ramses the Great won by what seems like sheer luck (or divine intervention if you believe the pharaoh’s official and copious propaganda), but it takes place on an abstracted square grid with simple pieces. The rules currently exist in a format suitable for playtesters, though I might send it out again to a new set of playtesters since my previous response was somewhat lackluster. The rules need a formal rewriting before going into layout, and I’m toying with various ideas for graphics on the board and pieces.
The Miniatures Wargame: I’m dabbling with a simplified miniatures wargame for kids with a World War II tank warfare theme. The basic rules rationale exists, and it’s endured some playtesting with the 10-year old audience for which it’s intended. For this I’m looking at a two-part approach to publication; releasing a “basic” game containing the bare-bones yet playable rules followed by an “advanced” rules set containing options kids can add to enhance their play experience to reflect more generally accepted elements of miniatures wargames. This is clearly a case of the egotistical game designer thinking he can do better than the myriad offerings in the field ranging from homegrown rules to well-established hobby games.
Yes, there’s a theme to some of these games, that of introducing younger players to any kind of gaming hobby. Certainly I want to bring new players into the fold, but I’m also looking a few years ahead when my own son, now two years old, might wish to explore his father’s esoteric gaming hobby.
I’m also afraid it’s not easy for me to shed my guarded nature; thus I apologize for the nameless, sometimes vague project descriptions. No doubt more will come to light as I explore different elements of game design for various projects.
Now that I’ve offered some idea what’s been simmering on the back burners of my mind we can move forward and start exploring some game design issues that influence these projects and, hopefully, some of the games you Kind Readers are developing and running.
at 7:37 AM