When I hear about a new roleplaying game, board game, or miniatures wargame rules set I turn to several online resources to gather intelligence to better inform my decision whether to purchase a game. In days of yore, before the Internet Age, gamers depended on print magazines, friends, and their Friendly Local Game Store to learn about new games and whether they wanted to purchase them; sometimes the less timid of us discovered new games at conventions. With the vast resources of the internet available everyone -- from publishers and scholars to gaming aficionados and average gamers -- can share their opinions of their favorite, or most hated, games. 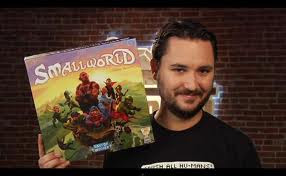 Everyone has different criteria when researching and deciding to purchase new games. Some folks bound from one brand-new release to the next (what I call the “new and shiny” syndrome) while others invest themselves in a few games for the long haul; most gamers balance the two extremes. Given the increased production values and the corresponding rising cost of games, making certain gamers know what they’re getting at all levels -- components, content, theme, game play, replay value -- remains paramount.

Research helps gather information gamers can use to evaluate whether a game purchase is right for them. Everyone has their preferred research venues; here are a few of my own:

Publisher Websites: My initial quest for game information often takes me right to the source. Game publishers’ websites often have the expected sales pitch and back-of-the-box sales copy, but also lists of components and high-quality photos of them, artwork previews, and promotional and instructional videos. Many board game publishers include free PDF downloads of the rules to peruse or print out extras for a game. Other free support materials might include additional scenarios and game variants. Beyond the basic information on the game, I can find out if the title is part of an existing or planned game line, what the publisher plans on doing with that line, and whether I’d have interest buying into the extended game or might simply satisfy myself with the initial offering.

Online Gaming Communities: BoardGameGeek.com remains the epitome of a good game community site. It has parallels in the roleplaying and wargaming fields, notably RPG.net and a host of wargaming sites reflecting that aspect of the hobby’s vast diversity. Don’t forget other elated forums, including fan websites, general gaming forums, and even publisher message boards. Readers beware; while it’s important to survey what the gaming community says about a game, sometimes immature opinions often clutter up the threads of intelligent discussion. Discerning buyers can filter through the hasty critics and hateful naysayers, but the noise-to-data ration can be high, overwhelming, and discouraging. Find a well-moderated online community and bookmark it; many also offer resources, rules translations, and other useful materials.

Online Video Features: The access to digital video cameras and sites like YouTube to disseminate videos has enabled everyone -- including game reviewers -- to voice their opinion online. Perhaps the most famous board game review videos remain those by Professor Scott Nicholson at Board Games with Scott. Although Nicholson has since moved on to more interesting game-related academic endeavors, but keeps his archive of video reviews online for interested parties. The award for most entertaining game presentation video goes to Wil Wheaton’s TableTop show on YouTube’s Geek & Sundry channel. Wheaton and his geek-celebrity guests play a new game every episode, primarily board games but also an occasional roleplaying game. The gameplay includes Wheaton’s quick rules summary, slick graphics to help illustrate game concepts, and competitive-geek inspired banter to make for an entertaining yet informative game feature. (I’ve featured TableTop before….) A good internet search can reveal a host of video reviews from from game publishers to average gamers who broadcast their subjective opinions, play experiences, and even “unboxing” reports (where the videographer goes piece-by-piece through a new game).

The phenomenon of games funded by Kickstarter remains quite appealing, with patron backers providing money in advance for production of a yet-to-release game (one that quite often finds its way into the mainstream gaming market). These might seem difficult to gauge beforehand at the backing stage, but internet communities -- from social networking sites, gaming interest sites like GeekDad, and other news and discussion venues -- as well as production promotions and updates from the Kickstarter project creator can help one evaluate whether an interesting game seems worth the purchase price. (I’ve also pondered the Kickstarter phenomenon here….)

The old analog methods of evaluating games before the Internet Age still prove worthwhile if one can find good venues for such face-to-face activities. Gatherings with gaming friends, at home, at clubs, and library events offers the chance to talk about new and interesting finds, check out components first-hand, and try new games with experienced players and newcomers. Friendly Local Game Stores remain good community hubs where one can check out games, ask for recommendations, examine store demo copies, join others in tournaments or open game days, and even find some good deals. (My friendly local game store offers some products at a discount, whether for loyal customers or on certain items, including the “20% off all board games” sale has lasted about two years or so….)

Comments....
Want to offer feedback? Start a civilized discussion? Share a link to this blog entry on Google+ and tag me (+Peter Schweighofer) to comment.
at 2:22 PM