The Role of Publishers in A DIY Hobby

The adventure gaming hobby -- particularly roleplaying games -- encourages a great deal of creativity in people beyond the professionals publishing mainstream game lines. Roleplaying games first emerged among talented, passionate wargamers and fantasy enthusiasts who typed rules, mimeographed them, and passed them around to friends. The very nature of such games requires creativity on the part of both players and gamemaster. The game publishing industry has long offered venues for established and up-and-coming authors to showcase their creations in magazines, contests, and products. The widely available publishing technology of the Internet Age has not only enabled numerous gamers to produce and share their projects but provided new venues for established publishers. But at a time when seemingly everyone can cobble together a game scenario or rules set and upload it on the internet -- often for free -- what role to established publishers play? 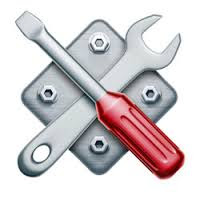 The adventure gaming hobby emerged from a proud history of “amateurs” creating their own games. The roleplaying gaming hobby began with enthusiasts from the wargaming hobby seeking a different kind of play experience focusing more on individual heroes than massed formations of soldiers. The wargaming hobby began with another, more renown amateur seeking game-oriented entertainment, the “father of wargaming,” visionary writer H.G. Wells and his groundbreaking Little Wars, a codification of conventions for more structured play with toy soldiers and terrain (a more “beginner-friendly” interpretation of the Prussian Kriegspiel which was less a game and more a martial academic exercise).

The adventure gaming “industry” is rife with lore, apocryphal or otherwise, about gamers who got into business and found some degree of success creating games that interested them or that capitalized on their vision for games. No doubt everyone’s heard how Richard Garfield created Magic: The Gathering and convinced Peter Adkison to produce it, a phenomenon that gave birth to the collectible card game craze and propelled Wizards of the Coast to dominate the adventure gaming industry. I always enjoyed hearing the then-owner of West End Games tell us how -- before he founded the company -- nobody was publishing the kinds of wargames he wanted to play, so he went into business to produce his own designs. Even my own early experience focuses on the do-it-yourself aspect of the hobby. After seeing some neighborhood kids playing Dungeons & Dragons, I went home and devised my own game based on what I’d witnessed. Months before I acquired my own copy of the Basic D&D boxed set I’d already created a functional game with several pages of rules and a few scenarios. (It became Creatures & Caverns, available today as a free PDF download.) As I delved into roleplaying games -- focusing primarily on D&D but also exposed to other aspects of the hobby -- I began creating my own (admittedly poorly designed) board and card games to entertain friends.

DIY in the Internet Age

The dawn of technology enabling the average, tech-savvy gamer to publish their work online -- freely or for pay -- revolutionized the way gamers get new material, exponentially increasing the offerings beyond the already innumerable products from professional publishers. Certainly some publishers quickly adapted to this new marketplace, using the internet as a promotional tool to build their audience, promote their game lines, and offer PDF product and free materials; but the basic ability to produce, PDF, upload, and share game material now rests in the hands of anyone with access to a computer and relevant software, whether they have the innovative ideas, graphic design capabilities, and talent to produce truly engaging gaming product.

Way back in my high school days I produced a small gaming fanzine modeled after TSR’s venerable and late Dragon Magazine (in the spirit that imitation is the greatest form of flattery). I read it today and realize how amazingly terrible it was, but it served as my means of gathering and sharing interesting gaming ideas among friends with similar interests in roleplaying games. Such print magazines as Dragon and a handful of others regularly fueled gamers with new ideas and news from the industry between major game releases.

Today gamers turn to numerous online resources to get their gaming fix -- whether that’s basic inspiration, gamemaster tips, setting material, or adventures -- from publisher websites, community forums, blogs, fan sites, and social networking circles, most of which offer free content. Even a basic web search can reveal enough generic or specific material suitable for a particular game that an industrious gamemaster doesn’t have to purchase any additional books to run a rich and lengthy campaign. One can even find entire game lines with supplements for numerous genres offered as free PDFs, providing momentary diversion from the usual game or even the basis for a complete game campaign. Free material for board, card, and wargames abounds, enabling players at little expense to print and play a full game or variants and add-ons for ones they already own.

Granted the quality of this material varies from extremely amateur to highly professional. A game’s provenance from a long-established professional or game industry personality usually offers the only guarantee of quality; everything else falls under the aegis of caveat emptor (assuming people pay for the material instead of downloading free versions). Consumers know what they like, however, and can easily pick and choose even among the flood of free material available to suit their tastes.

I’ll argue that publishers remain relevant to the survival and evolution of the adventure gaming hobby. For purposes of this discussion, I’m defining “publisher” as a corporate entity with supporting infrastructure: a physical business location, editorial, art, and marketing departments, significant budgets and revenues, and typically (but not always) a warehouse with shipping department. I’m not including sole proprietorship efforts or small operations no matter how professional they might appear (and many are quite professional with high-quality products). “Publishers” exist primarily a money-making enterprises; others (myself included) create what they love and make a little money on the side, and many “fan” creators produce material to share freely on the web. “Publisher” encompasses the highest tiers of companies in the adventure gaming hobby: TSR, Steve Jackson Games, Wizards of the Coast, Paizo Publishing, Days of Wonder, Fantasy Flight Games, even the late, lamented West End Games in its heyday (all listed in no particular order of size, success, or significance).

So why do publishers remain relevant when so many people -- indeed dedicated and imaginative gamers themselves -- create so much and such diverse gaming material available for free online?

Support Existing Game Lines: Many gamers maintain deep loyalty and fondness for particular games, whether ones with which they especially identify or those reminding them of the nostalgic games of their youth. Publishers producing material for these game lines tap into an existing and fiercely devoted market to fulfill these needs for classic reprints as well as new material to keep the game world fresh. I can think of several game lines or licenses that have seen occasional resurgences (to varying degrees of success), frequently under the auspices of different publishers who picked up the licensing rights from the original creators: Shadowrun, Space 1889, Traveller, and any Star Wars roleplaying game. The entire retro-clone Old School Renaissance -- in which independent designers re-created classic D&D-style gameplay in their own image in games for free or for pay -- may have inspired Wizards of the Coast to finally offer PDFs of classic D&D adventure modules and supplements for sale to tap into this renewed nostalgia market.

Provide Inspiration: There’s a lot of creativity in the adventure gaming hobby from the professional publisher end all the way to devoted fans; but professional publishers have the resources to produce amazing products and give them the visibility and distribution to reach every corner of the market. Certainly publishers produce materials for those without the time and creativity to craft their own gaming resources, but these also offer inspiration with fresh ideas for settings, innovative mechanics, and different means of presenting game information (often with high production values). Gamers remain notorious for taking established rules or settings and putting their own spin on things, whether creating house rules to facilitate certain styles of play or devising new settings for favorite game systems. Nobody creates within a vacuum…they’re constantly influenced by the work of others. Game publishers still represent the professional and marketing face of the adventure gaming hobby, especially as they’ve embraced internet and social media technology to reach fans and new customers just as the Internet Age has allowed those without publishing infrastructure to produce and disseminate their own creations.

Publishers still take the lead in setting the style and standards for games; but increasingly innovative superstars emerging from the ranks of creative gamers make their mark and influence others with their groundbreaking game materials. It’s a natural evolution in an adventure gaming hobby like roleplaying games, which actively encourages all participants to create new characters, settings, and game elements to enhance and expand the experience set forth in rule- and sourcebooks. The evolution, however, does not push publishers toward the realm of extinction; rather it works in an unintentional partnership, with each inspired to build on the other’s innovations.

Comments....
Want to offer feedback? Start a civilized discussion? Share a link to this blog entry on Google+ and tag me (+Peter Schweighofer) to comment.
at 2:01 PM