These past few years I’ve dabbled with various games focusing on the American Civil War to varying degrees of success and satisfaction. Several games have caught my eye, with some acquired and played, while a few remain yearned-for yet too-expensive additions to my game library. My experience is in no means comprehensive, nor does it encompass the vast panorama of Civil War-related games available over the years; but a few come within my realm of experience and touch on elements I enjoy or admire in games. 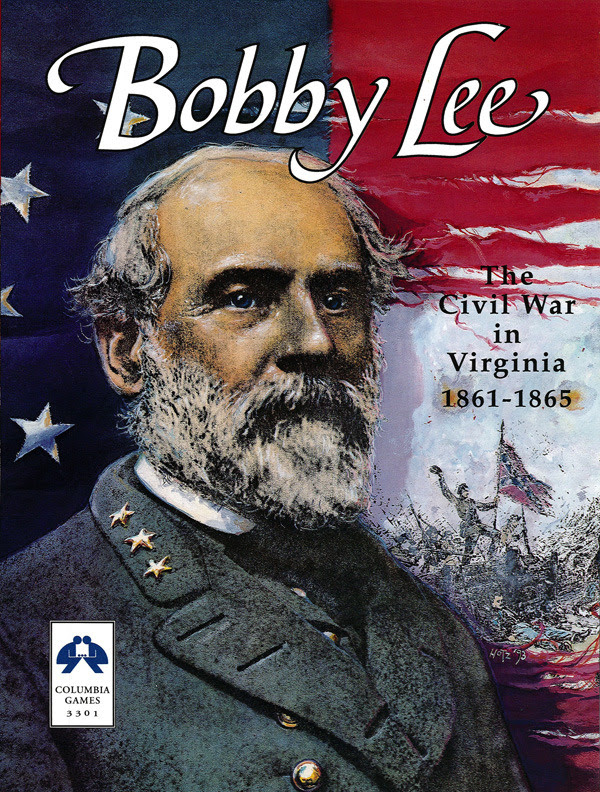 I’ve always nurtured an interest in the history of the various places I’ve lived: Ridgefield, CT, site of the Battle of Ridgefield during the American Revolution; Honesdale, PA, birthplace of American railroading with the first steam engine to run (briefly) on rails and once the staging point of a vital canal system supplying New York City with coal; Williamsburg, VA, colonial Virginia capital and living history restoration; and Culpeper, VA, a central Civil War location between the Shenandoah Valley, Chancellorsville and Wilderness battlefields, and site of its own engagements at Cedar Mountain, Brandy Station, and Culpeper Court House. (I discussed the subject of local history a while back in another blog post.) My interest in some of these locations sometimes inspired my game-related activities. I’ve long hoped to find a system and medium to replay the Battle of Ridgefield (and might have found one in my Charge! rules under development). Living in Culpeper has certainly spurred me to find some means of playing out small cavalry engagements -- Buford’s crossing of Beverly’s Ford as the opening move for the massive Battle of Brandy Station, Mosby’s raid on a train at nearby Catlett’s Station, and, of course, Custer’s action against the artillery and cavalry guarding the Confederate withdrawal from Culpeper Court House.

Over the years I’ve acquired a meager collection of Civil War-themed games; now that I’ve lived in Virginia for more than 10 years and currently live in a nexus of many related historical sites, I’m drawn more to investigating this period of history through games. I regret I sold my boxed set of West End Games Civil War wargame titles long ago when money was tight; though I’ve rarely had the time, attention, or interest for indulging in complex “chit-and-board” wargames (despite owning a few).

My interest in Civil War games has ranged across several resources and titles, some I’ve acquired and played, others remaining on my “wish list” for future investigation, though the material I’ve seen so far intrigues me:

Junior General: The website offers Civil War gamers several scenarios for miniatures battles and a few other games (card and matrix/map battles) for the historical period. Scenarios for First Bull Run and two segments of Gettysburg (Little Round Top and Pickett’s Charge) provide very simple rules and well-researched historical notes (though a familiarity with  miniatures wargames can help understand some of the basic gaming concepts). Although the materials on the website seem intended for adults to find resources and run games to help students explore history, it’s a treasure trove of materials for wargamers dabbling in various periods. Browse the site’s vast archive of military units to print out, assemble, and muster on the gaming table using the well-researched scenarios. Junior General remains a great starting resource for wargaming any historical period.

Sundered Union: Several years ago a new game company, Gordon & Hague Historical War Games, published a full set and then a quick-start version of Civil War tabletop rules to support its line of 10mm period miniatures. Both versions remained available as free PDF downloads from the company’s website until recently; a full-color, soft-cover printed version was briefly available for purchase, and I’m thankful I managed to obtain a copy from a convention vendor. While far from perfect and nowhere near as comprehensively complex as other, well-established miniature wargaming rule sets for the period, Sundered Union provided a basic framework for Civil War battles and included rules for most of the generally accepted tactical elements for these engagements. The quick-start rules -- at a concise four pages -- streamlined the main game further and offered newcomers to wargaming (or those of us who prefer lighter games) a more simplified yet gratifying experience. Regrettably Sundered Union is no longer available as a free PDF download from the Gordon & Hague website in either the full or quick-start versions. The game served as a solid platform for the company’s short-lived line of pre-painted 10mm Civil War miniatures and could easily work with its upcoming line of pre-painted 15mm minis. The company recently concluded a successful Kickstarter campaign for a massive board wargame using accurately illustrated top-down counters or the pre-painted 15mm minis, both of which, alas, remain beyond my own rational budgetary allowances.

Battle Cry: Board games packed with hordes of pieces, dice, tiles, huge map boards, and cards seem the norm for everything from light wargames to Euro-style games these days; Battle Cry is no exception. It uses the Command and Colors system developed by Richard Borg for simplified wargames focusing on a deck of command cards and custom dice to determine the outcome in combat. I have no direct play experience with this game, though I’ve perused an old version of the rulebook. I have played Borg’s engaging Memoir ’44, a World War II Command and Colors game incorporating many similar elements: a large hex board easily customized for scenarios with terrain tiles; plastic pieces representing different units and their strengths; left, center, and right flank card-based actions; specialized dice to resolve combat; and an easy means of creating or playing historical scenarios. Like it’s World War II counterpart, Battle Cry comes with a box filled with the aforementioned goodies (board, terrain tiles, plastic soldiers, dice, cards) as well as the understandably high price tag of $60 retail.

Dixie: At the height of the collectible card game craze of the mid-1990s Columbia Games jumped in by adapting to card play mechanics the designers ported from the tactical portion of the Bobby Lee block wargame (which I realize in retrospect thanks to the Kickstarter campaign mentioned below). Each deck of Dixie contained enough cards to run a battle, with cards depicting infantry, cavalry, and artillery units -- each with an original illustration of individual soldiers in uniform -- as well as generals, terrain features, and special conditions to modify the battle. Like the tactical combat in Bobby Lee, players deployed units on their left, right, and center, with forces held in reserve. Units revealed themselves advancing against and engaging the opponent’s positions, resolving combat, and taking ground. I can’t recall how I acquired the few decks of this game I possess (two of the Battle of Bull Run edition and two Gettysburg edition); possibly as a giveaway at a game industry trade show, maybe purchased at a convention or game store. They impressed me as a basic, card-driven means of refighting battles using historical units and some degree of tactical accuracy.

Bobby Lee: In 1993 Columbia Games also published a wargame covering the Civil War in Virginia (including Maryland and southern Pennsylvania, to include Antietam and Gettysburg). What seemed like a conventional “chit-and-board” wargame -- complete with a nicely-rendered map-board, detailed rules, and numerous pieces for various military units -- actually moved beyond those bounds by including two innovations Columbia Games incorporated in its many wargames: pieces on wooden blocks and a tactical battlefield combat to resolve engagements between forces meeting on the larger strategic map board. Each block represents a unit, with the usual wargaming stat information on a sticker; when stood on its side, however, the blocks enable a fog-of-war mechanic allowing a player to see his own forces but hiding the opponent’s armies from view until encountered in battle. The game combines both strategic action across the campaign theater map-board and more focused tactical engagement resolution on a separate skirmish board utilizing gameplay similar to that of Dixie (and probably derived from games like Bobby Lee). Columbia Games is funding a revision of Bobby Lee through Kickstarter; the campaign ends on November 11, 2013. This looks like a good game -- with tighter rules than the original -- for someone dabbling in the period. The $75 price tag seems quite daunting, considering many high-end Euro-style board games come in around $50. Still, the components look good, the map is huge, and I’m very interested in the fog-of-war mechanic with pieces using blocks.

These titles are the ones that come to mind or have formed my experience playing Civil War games, though I know more exist and I’m sure the Hobby Games readership has its own favorites and suggestions

Comments....
Want to offer feedback? Start a civilized discussion? Share a link to this blog entry on Google+ and tag me (+Peter Schweighofer) to comment.
at 2:19 PM