Appropriate Games at the FLGS

Upon hearing that a new Friendly Local Game Store (FLGS) opened in my town a mere 10 minutes’ drive from my house -- unlike the other good FLGS in the area, at almost an hour’s drive -- several people commented that I now had a place to a) run a classic D6 Star Wars Roleplaying Game session or b) run playtests of my game projects in development. While I’m flattered by the suggestions, the FLGS is no place for such blatant displays of fond nostalgia or self promotion; however, game conventions remain one of the best places to indulge in unsupported “dead” games and test new projects with some willing gamer guinea pigs. 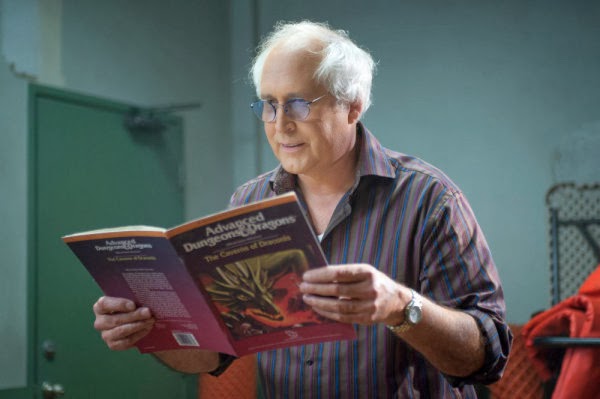 It’s one of those common sense rules one might think goes without saying; but younger people are coming into the hobby, and some folks don’t generally maintain an awareness of such game-etiquette nuances. A call recently went out from my other, farther FLGS seeking people to run roleplaying games…with the understandable caveat that the games use rules currently offered in the store. It’s a gentle reminder to help avoid misunderstandings and bruised feelings when we interact, especially with such a face-to-face social activity as games in the FLGS.
The FLGS is a business and relies on sales. While some accommodate loyal customers running games not sold by the store, most expect players to run games currently available on the shelves. Even then, I believe if I drop in to use the FLGS’s open gaming space -- and the store doesn’t charge a fee to do so (some do) -- I feel obliged to either make a game purchase, however small, and if I can’t find something relevant to my gaming interests, I buy a soda or two.
I’ve enjoyed my two forays into gaming at the new FLGS in town. One Friday night -- the night the store designated for both Magic: The Gathering and the Star Wars: X-Wing Miniatures Game -- I brought along my ships and starfield felt to play with a friend from our occasional board game group; he’d previously only played with the extremely basic but engaging quick-start rules with several other friends and our Star Wars-obsessed toddler, the Little Guy. (I’ve discussed games acceptable for toddlers with adult supervision before.) So this evening provided an opportunity to try the full game with its numerous complexities that enriched gameplay. We had a great time and met a few other players trying out the game. My friend bought a graphic novel and I bought a soda, so we felt we’d duly discharged our minimum loyal customer obligations.
Then last Saturday afternoon the Little Guy and I needed to get out of the house. He’d spent most of the day watching somewhat-kid-acceptable kaiju DVDs and Return of the Jedi and had done little else; my wife needed a break, and I just needed to get out. So the Little Guy and I packed up King of Tokyo and my box of Star Wars: X-Wing Miniaturesand headed out to the new game store. After looking around at games we checked with management and found a spot to pull out King of Tokyo. After finally winning a game we took a break, checked out some of the other games running in the store, looked at some merchandise, and then returned for a quick X-Wing Miniatures Game. The store staff was very friendly and had a great time talking with the Little Guy, who can be extremely gregarious with adults. We felt very welcome and the Little Guy felt at ease. As a reward for his good behavior and to take advantage of the store’s Thanksgiving Weekend “Buy One Get One Half Price” sale (and some credit I had from old comics I’d traded in) we bought another A-wing fighter and the HWK-290 (a ship I’d been lukewarm about, but can be ideal for either a Rebel-allied smuggler ship or a bounty hunter ship) to round out our available forces.
Much as I’d like, I wouldn’t consider running any kind of game at either FLGS that those stores did not actively carry, especially games I’m developing that aren’t yet for sale or might only see release as a PDF available online. Granted, that limits me in what I can play there in the fields of roleplaying, board, and war games; but I respect the FLGS as a brick-and-mortar retail establishment. Some stores don’t mind what customers run, and that’s fine; others charge a small fee to use open gaming areas, and one might see that negates any obligation to run games available in the store. But overall it’s just good manners to make sure the games one runs at the FLGS are acceptable to management…and to respect the store’s decision.
Game conventions offer a good environment in which to run old games or try new designs still under development. A good con offers a wide range of gaming to cater to a diverse crowd, from “dead,” unsupported or out-of-print games, obscure games, or those yet-to-see-publication that creators wish to playtest. Although many conventions offer dealers halls, no obligation to exclusively run particular games exists. While conventions still reserve the right to approve and schedule games according to their own considerations, they’re generally more receptive to offering games one might not find in the FLGS.
I have several games in development I’m looking forward to testing at upcoming conventions. I’m hoping to playtest my beginner-friendly set of tank wargame rules with progressive, add-on complexity (tentatively titled Panzer Kids) at a few small wargaming conventions this spring. I may try playtesting my fantasy roleplaying game rules -- something with a retro-clone feel but some innovative yet basic dice mechanics (an engine we’re calling the Oracle System) -- though I’ve yet to find a suitable regional convention for that. And I always look forward to running a good old D6 System Star Wars Roleplaying Game scenario at game conventions.
As always, I encourage constructive feedback and civilized discussion. Share a link to this blog entry on Google+ and tag me (+Peter Schweighofer) to comment.
at 6:36 AM