In the early days of roleplaying games – the mid-1970s to early 1980s – new releases of official rulebooks, supplements, and adventures seemed few and far between. Magazines served to provide a steady stream of new material to inspire gamers: insight and direction from designers, rules questions and clarifications, debates on game issues, gamemaster tips, and a host of new scenarios, settings, classes, equipment, monsters, and spells. While the pillars of print magazines that supported early roleplaying games have crumbled in the face of advances into the Internet Age, their descendents still provide inspiration for gamers across the globe and offer an different outlet for designers to bring their work to publication. 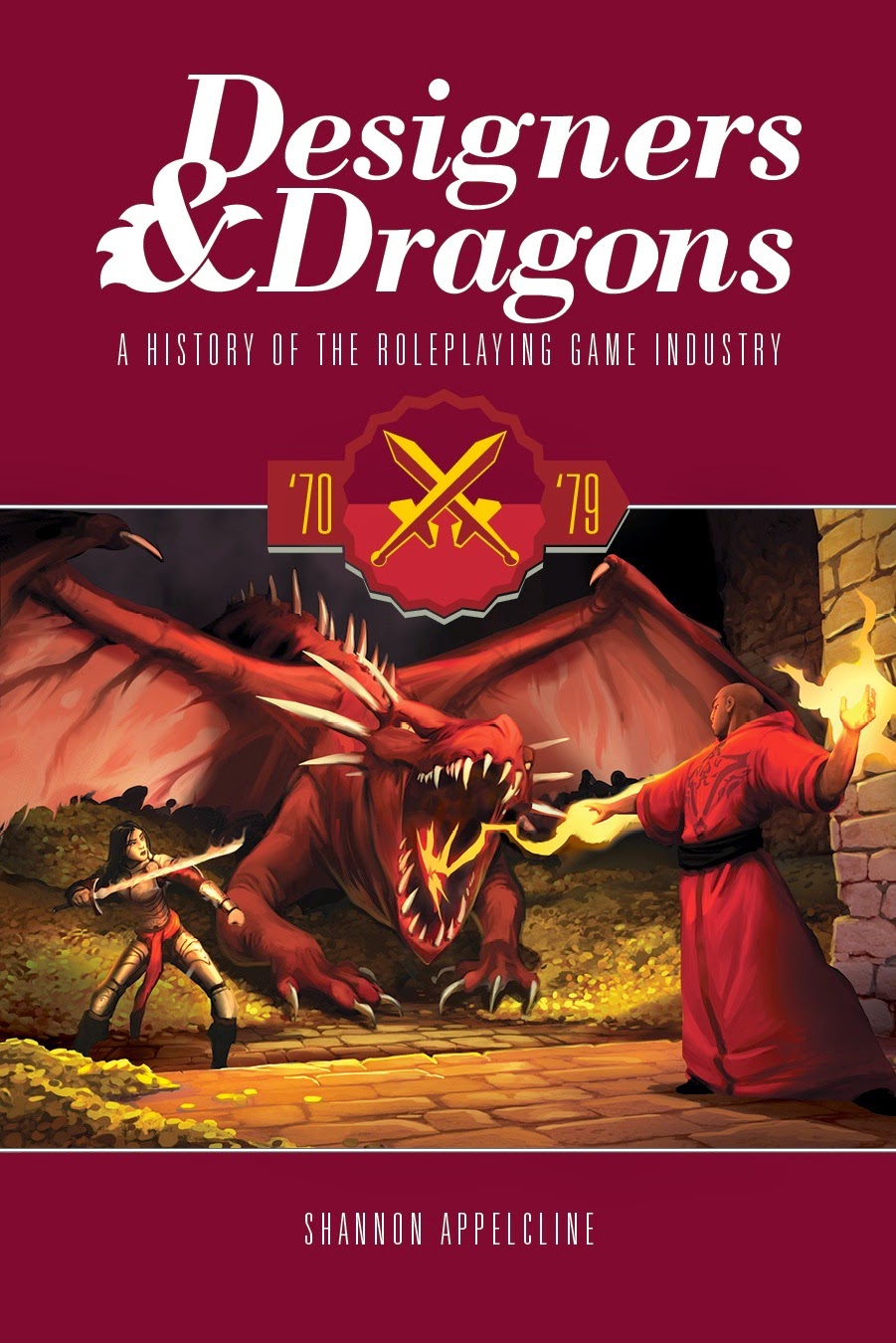 Reading Shannon Appelcline’s Designers & Dragons 1970s history of roleplaying game companies (and the trials that beset and often vanquished them) reveals an interesting trend: in the earliest days of roleplaying magazines provided the most regular flow of new content for most game lines, including TSR’s Dungeons & Dragons. Some focused exclusively on the publisher’s own games (“house organs”) while others provided news and material for a range of roleplaying games. But reading Judges Guild’s history offers yet another interesting perspective: releasing supplemental game material in a subscription format. While not technically a magazine, the subscription provided a collection of setting information and adventures to fill in the dearth of such material from official Dungeons & Dragons publisher TSR, whose executives, according to Designers & Dragons, apparently laughed at the idea of producing such material; they expected players to create their own worlds and scenarios, feeling the publisher’s role was to produce rules (at the time TSR was focusing its efforts on revising D&D rules into the classic trilogy of rulebooks, ultimately released in hardcover format one each year).

The list of roleplaying game magazines that have since come and gone seems endless. Those that somehow managed to survive evolved into electronic editions or websites, some with paid access similar to subscriptions. In the Internet Age the subscription model has fallen by the wayside for print magazines, with the exception of the comparatively small yet quality cottage industry of fanzine publishers, some of whom I’ve discussed before, and a rare few attempts to return to print publication (with PDF releases) like Gygax Magazine. Blogs, websites, and PDFs have mostly usurped the role of magazines as the periodical venues for delivering new, often free content, sometimes from publishers and professionals but primarily from a host of gamers themselves, with the quality, frequency, and usefulness varying.

Magazines and their editors serve primarily to produce quality material on a limited subject relevant to a significant reader demographic. Editors curate the vast slush piles of potential submissions, balancing what looks promising with what they believe readers want, all within the constraints of the publisher’s mandates (a topic I’ve also discussed before). The sheer volume of game material available online today and the seemingly infinite scope of the internet results in so much un-curated information that individual users must pick and choose what sites or publishers produce the most useful inspiration for their gaming needs at the moment. The magazine and editor model remains relevant on a very small scale – a particular blog or website focuses on certain gaming topics or produces material relevant to readers’ interests – but no entity exists that could possibly curate the immense flood of gaming inspiration released to the web (though some have valiantly tried and succeeded to some degree, such as OSR Today). Few entities exist to curate related websites producing specific-themed material apart from individual users. Many bloggers share their particular tastes in this information stream through blog lists; some even produce the kind of regular dose of roleplaying game setting and adventure material along the model Judges Guild pioneered (though usually for free). Overall, however, the internet remains a vast, untamed wilderness of gaming inspiration across the spectrum of sub-genres, quality, and formats.

Patreon has provided creators with an internet infrastructure for soliciting paid subscriptions from supporters and delivering periodic content (both exclusive to subscribers or free to anyone). Like Kickstarter, Patreon relies on word of mouth across the internet – Facebook shares, Google+ promotions – as well as the creator’s past work and reputation for producing material that interests patrons. The service helps connect creators with users, provides the foundation for an interactive community, supplies a means to charge for and deliver content, and gives creators monetary incentive to produce more material on a frequent basis. Patreon merges some of the benefits of Judges Guild’s subscription service providing gaming inspiration while enabling independent individuals the means to connect with and serve a demographic of gamers who enjoy their material.

As a consumer I turn to several venues for regular doses of roleplaying game material. I’ve long since abandoned roleplaying magazines in print (I only really subscribed to Dragon and Challenge in their heydays), though I occasionally pick up a fanzine or two as the mood and content strikes me. My small doses of inspirational game material usually comes from the various blogs I follow and free releases on DriveThruRPG that pique my interest. I do not subscribe to online websites offering content, nor do I purchase available PDF magazines (I have so many PDFs I lose count, and generally only purchase those I intend to print out and use). The folks in my Google+ circles share with me and many others new developments in roleplaying games and point me toward new material. Lately, however, I’ve turned to Patreon to find regularly published gaming inspiration and a potential outlet for my own gaming endeavors.

Patreon has intrigued me as a game writer and publisher. I often face a dichotomy when working on roleplaying game material: do I work on significant projects like supplements and full games, releasing them infrequently as large books, or do I focus my work on smaller, more frequently released material that still fits within a specific theme but comes out as periodic low-page-count “magazines” (to fall back on a familiar but not entirely accurate term)? 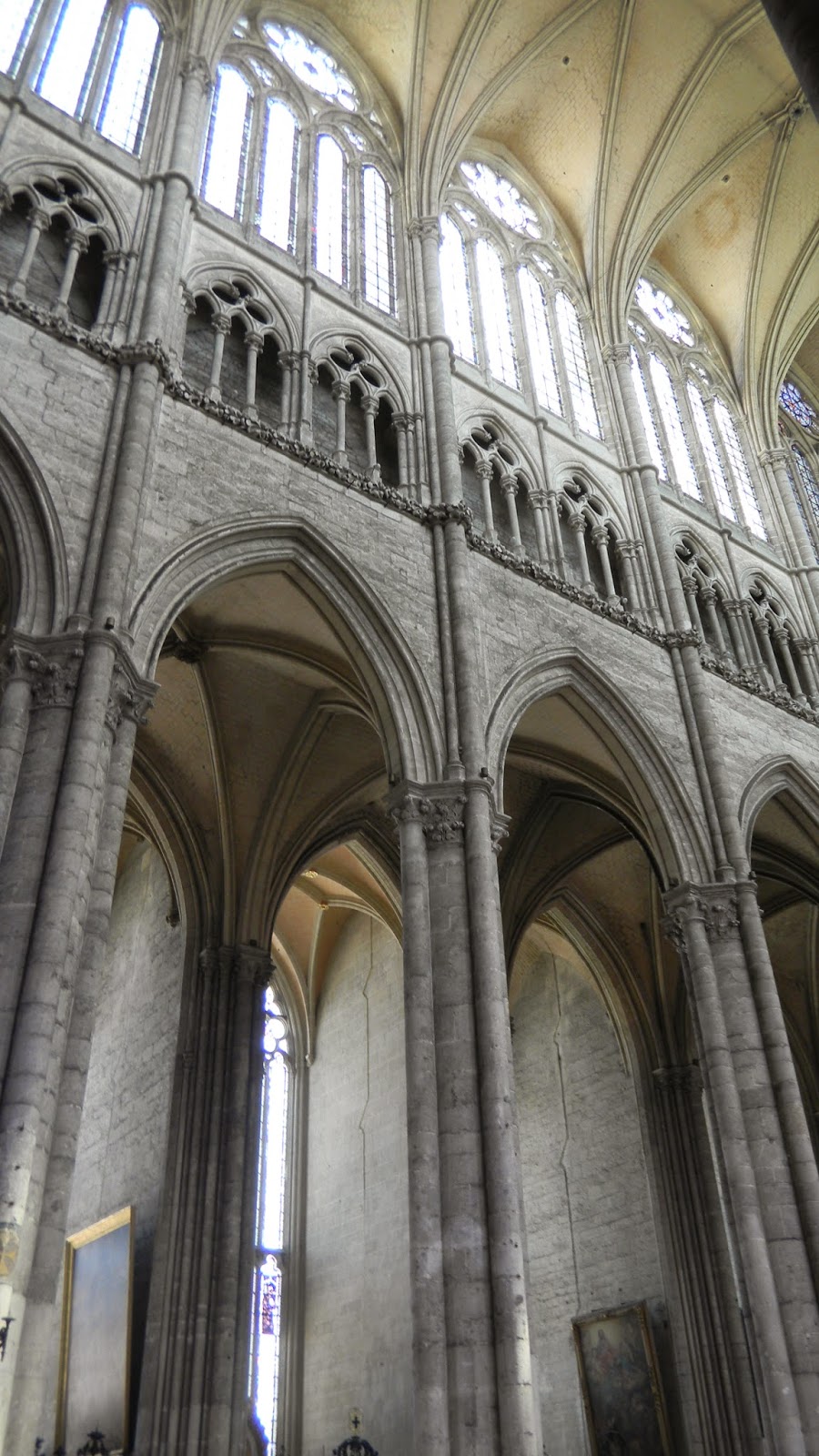 More specifically I’ve debated what to do with a large setting that’s been percolating in the back of my head for years – the Infinite Cathedral – and what format to use in bringing that to publication. I’ve long expected to write all outlined chapters of the sourcebook before publishing it as one large tome, but that requires more time than I have and, by its very nature as a large book, isn’t by any means a product I could bring to full publication in the near future (much as I like a traditional, substantial sourcebook with everything needed to play inside). But the structure I’ve outlined for the Infinite Cathedral seems suited to serialized subscription release; several introductory chapters of broad setting information followed by chapters detailing various locations, monsters, adventure hooks, and scenarios by region. I’d always expected to write locations, adversaries, and adventures to the Infinite Cathedral setting, but as western medieval fantasy roleplaying fare gamemasters could easily port the individual pieces to a more open game world.

I’m looking forward to exploring the possibilities of delivering regular roleplaying game material in a subscription format. Several worthy successors have come to the fore and taken up the banner strongly yet formerly carried by professional print roleplaying periodicals: quality blogs delivering content, a respectable handful of gaming fanzines, some PDF magazines, and innovative Patreon projects. Hopefully the future will enable more evolution within this aspect of the adventure gaming field to bring more relevant, quality content into consumers’ hands.