I don’t usually discuss digital games at Hobby Games Recce; it’s all about analog tabletop games, the wargames, board and card games, and roleplaying games I typically lump together under the “adventure gaming” label. But I recently enjoyed a particularly immersive, engaging cooperative game experience on computers I feel merits note considering its essential “social” aspect.

I spent a wonderful New Year’s holiday at an old friend’s house with his family and a host of acquaintances who shared interests in gaming and geekdom; we ate, drank, and talked, I enjoyed watching our kids play together (assaulting each other and various guests with space battleships they built from bristle blocks), and somehow passed on playing Ticket to Ride despite its prominent placement on a dining room table. 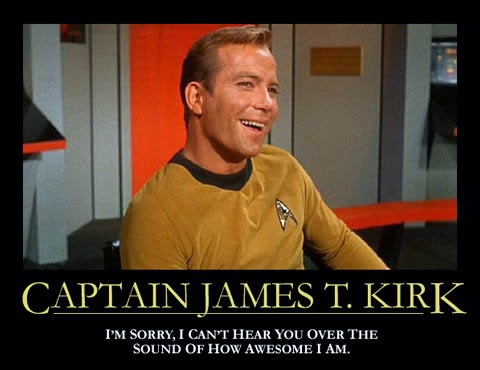 Instead I tried a new computer game beyond my normal experience and technical ability: the Artemis Spaceship Bridge Simulator. It’s essentially a real-time cooperative computer game played over several networked workstations, one for each major crew member on a large starship bridge – helm, weapons, engineering, science (sensors), and communications – plus one monitor as the “main screen” serving as the captain’s view; the captain has no workstation and hence no means of personally affecting his ship’s actions beyond issuing orders to crew members at relevant stations. It’s essentially a Star Trek bridge simulator with the serial numbers filed off.

I’m too much of a casual computer game player, and certainly not tech-savvy enough to network six computers to run a game like Artemis, so I took advantage of my host’s “bridge” set-up during several missions over the course of the New Year’s holiday. It was explained to me that Artemis was much like playing Starfleet Battles (a game I’ve dabbled with over the years) with different players responsible for various duty stations of the starship record-keeping and operation. When asked what position I’d like to play I suggested helm, since I’m not terribly good at comprehending new computer games quickly and I understand the basics of bearing and speed (as learned from The Hunt for Red October: “Steer right until this reads 315”). I oriented myself to the roles of the other crew members and soon realized I’d have to communicate with the engineer (in control of allocating power to various systems, including engines and maneuverability for the helm) and eavesdrop on the science officer reading sensors besides paying close attention to the captain’s orders.

One might think this was just another team computer game experience, like playing Unreal with some friends on networked computers, with each participant an independent and fully functional team member whose often independent actions weren’t always essential to mission success. Yet Artemis requires each player to undertake separate essential duties and interact with other crew members, creating an immersive gaming experience by combining the computer interface with necessary verbal communication between players. Certainly, like most computer games, players focus on the information presented to them through the screen graphics and respond with that through keyboard, mouse, and joystick. But playing the game successfully could not possibly happen without interacting verbally with the other players. No on-screen chat windows or speaker headsets and microphones (though I believe the game accommodates that if needed), just simple verbal communications with an occasional glance at the main screen. The real-time computer interface helped make the experience seem authentic. Aside from the technicalities of running the game and interfacing the different workstation actions, the monitors shook with static when the ship took a hit and failed to work properly if damaged or denied energy for more essential systems. One player further enhanced our not-quite Star Trek bridge experience by handing out classic-era t-shirt uniforms with appropriate colors for each person’s role.

The captain’s ability as both a team leader and a tactician really decided whether or not the crew achieved the mission victory conditions (usually defending several starbases which provided the ship with additional weapons, repairs, refueling energy, and occasional upgrades). Here’s where the verbal communication between crew members and captain really mattered. If the captain was on the ball, not too many things went wrong; but if the captain wasn’t really paying attention, asking for the right information from crew members, or off getting a drink, our ship often ran headlong into trouble. Each player brought their own level of seriousness to the post: my verbal interactions tended toward more formal military style reports and acknowledgments (despite having no actual military training...films and books don’t count); other folks took a more casual approach, such as reporting the sensors showed “some guys” out there by the asteroids. The social aspect of the game created an interesting balance between simply taking and executing orders and undertaking actions on one’s own initiative. For instance, after crewing the helm position for a while, I started listening to the science officer on sensors; instead of waiting for an order from the captain for our bearing, I made an educated guess where the ship might go next and began turning the ship toward that compass bearing. At times the captain forgot to order someone to raise shields; if we were playing by-the-book they would remain down in the face of the attack, but usually someone stepped in, activated them, and followed up by announcing, “Raising shields!” The inter-crew dialog often garnered a few laughs, too. At one point where we were taking a beating the captain ordered, “Helm, get our ass out of here.” As I engaged the engines I confirmed, “Helm aye, Captain...getting our ass out of here.”

I had a fantastic time at the helm of Artemis; it gave me some computer game time with a social interaction aspect I expected at a New Year’s Eve party...and it exposed me to a game experience beyond what I normally enjoy (though incorporating my casual fan interest in Star Trek). Artemis isn’t a cooperative board game, but it felt like one, particularly where each player had a distinct role in the team and the computer interface enabled a fun roleplaying aspect by serving as both game components and rules. Many cooperative board games allow players to undertake certain common actions and give each one a special ability or two, but rarely do they limit them to one specific, unshared function. I’m not sure one could find a similar tabletop game that incorporates the same level of real-time simulation, social interaction, and teamwork among diverse, exclusive crew abilities...but feel free to enlighten me.


Want to share your experiences with Artemis? Know any cooperative tabletop games that simulate this kind of action and gameplay? Start a civilized discussion? Share a link to this blog entry on Google+ and tag me (+Peter Schweighofer) to comment.
at 7:34 AM