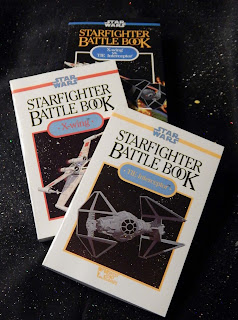 
Leonardi first developed the “combat picture book game” while teaching history and channeled his extensive research into a World War I aerial dogfight game, Ace of Aces, published by Nova Game Designs in 1980; it went on to win the Charles Roberts/Origins Gamers Choice Award in 1981 and was later inducted into the Adventure Gaming Hall of Fame. He adapted the format to fantasy melee combat in the Lost Worlds series, released by Nova Game Designs beginning in 1983; the series saw publication by other companies. It received the Charles Roberts/Origins Award for Best Fantasy Boardgame of 1983. 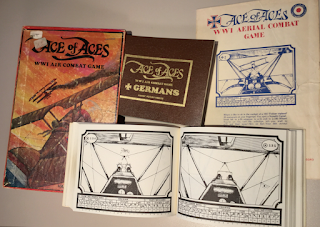 As a young gamer in the mid-1980s I’d seen advertisements for both gamebook series in Dragon Magazine, but hadn’t seen them in my local hobby store. They remained on the edge of my gaming radar until the spring of 1985, when I attended my first game convention, Pointcon VIII, at the West Point Military Academy within driving distance of my hometown. Alfred Leonardi was one of the gaming guests there (along with Lou Zocchi) and he took the time to answer questions about his games for a starry eyed game-designer wannabe high school kid. I later wrote a very basic report about the encounter in my gaming fanzine at the time (nothing worth reprinting from that execrable early foray into publishing). Leonardi fueled my enthusiasm for his games and I bought two Lost Worlds books, Hill Troll with Club and Dwarf in Chainmail with Two-handed Ax. They saw limited play in their time, as I stayed busy writing material for and running various roleplaying games (as well as taking care of schoolwork). I later managed to acquire more Lost Worlds booklets as well as some Ace of Aces sets, though I’ve rarely found the time or opponents to play them.) 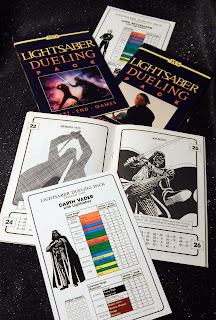 Both kinds of books – aerial dogfight and one-on-one melee – worked on a similar principle. Each book represented the player’s view of the opponent, with a separate insert sheet describing the moves a player might take. Players secretly chose a move from their sheet (sometimes limited by the outcome of earlier turns), traded reference numbers related to the move, cross-referenced that number in their book, and gave their opponent a page number illustrating the result. Such results could incur damage or other conditions limiting future attack choices. Some might consider the system complicated with the exchange of various numbers, cross-referencing, and then further exchanges of page numbers, but at the time both Ace of Aces and Lost Worlds found popularity in their visual representation of combat action.

I didn’t join West End Games until 1993 and I never heard (nor thought to ask about) the management decision and corporate communication to work with Leonardi on adapting his systems to a starfighter dogfight and lightsaber battle. At some point I received copies of both games, more as a novelty for an appreciative fan than as actual Star Wars reference material. I’ve kept them and the other Lost Worlds/Ace of Aces books as nostalgic reminders of game innovations before the Internet Age. West End’s enthusiastic production manager, Rich Hawran, gushed whenever the topic of these books arose. They were the perfect game to take along on travels; you could pull them out waiting for your flight at the airport and play with a friend, passing the time with a graphic representation of iconic Star Wars battles.

Alas, they released into a world already veering away from paper games toward electronic games, especially for this kind of head-to-head, visually based action. LucasArts released the first of its computer flight combat games, X-Wing, in 1993 (which won the Origins Award for Best Fantasy or Science Fiction Computer Game); a steady stream of subsequent releases continued throughout the 1990s. Even the resurgent interest in the Star Wars franchise at the time couldn’t give West End’s “combat picture book games” a degree of popularity approaching that of the company’s Star Wars Roleplaying Game. They became curious relics of a bygone age, before average citizens carried everyday devices that could place voice and video calls, play music and movies, immerse users in graphic video games, and carry out innumerable important, mundane, and frivolous functions through “apps”...all with greater computing power than the entire electronic infrastructure that sent humans to the moon.