Many non-gamers assume players take turns in games, each one resolving their actions fully before moving on to the next player. Gamers obviously have a bit more experience with different player sequences and resolution, whether using an innovative initiative system in a roleplaying game, flipping playing cards to see which side’s units move and shoot in miniature wargames, participating in a shifting player order in a European-style board game, or, my favorite, resolving actions simultaneously so nobody’s knocked out of the game before they get a chance to take a parting shot. 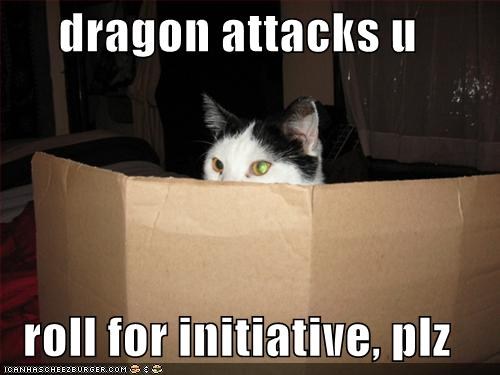 Even in traditional turn-taking games I prefer every piece to have a chance to take action even if enemy fire that turn would normally destroy it; the Axis & Allies Miniatures Game and it’s War at Sea naval version do a good job of simultaneously resolving hits by noting how much damage units take and removing destroyed units at turn’s end after every piece has had a chance to move and shoot. In Panzer Kids, the beginner-friendly tank miniatures game I’m developing, I make sure to allow every tank within range and line of sight to a target a shot before accrued hits take effect and knock some tanks out of the skirmish.
While player sequencing helps maintain order at the game table, resolving actions simultaneously not only provides a better sense of fairness but forces players to remain involved and focused on the game throughout their and others’ turns. It’s a rules element I prefer, when available, in whatever games I’m playing; I try incorporating simultaneous action resolution into game designs when the mechanic seems suitable to the game’s style, overall mechanics, and theme. I’ve enjoyed some experience in other games with simultaneous action resolution:
Wings of War/Glory: One of the elements I like about Wings of War/Wings of Glory remains the simultaneous attack resolution. After all units have moved, everyone determines which enemy planes are in range and which ones they’re attacking, with target aircraft taking damage cards (or chits in the WWII version) with different damage values (including zero); aircraft with hits reaching their damage resistance value are destroyed. This procedure, however, allows the target plane to get off a shot even if, when taking hits itself, it would be eliminated at the end of the turn. In the Star Wars: X-Wing Miniatures Game -- a direct derivative of the Wings of War/Glory game with some original innovations -- ships move and shoot according to their pilot skill value (higher being better); less experienced pilots move first and shoot last in those respective phases, while veteran pilots naturally maneuver last and attack first. Although movement might seem like a simultaneous action -- with maneuvers revealed on a previously set dial, much as flyers in Wings of War/Gloryreveal cards for maneuvers -- the addition of actions like barrel-rolling, targeting, evading, and focusing all reveal the intentions of players moving first. Since combat is fully resolved in turn beginning with the better pilots, they can knock less experienced pilots out of the game before everyone’s had a chance to shoot that turn. I enjoy Wings of War/Glory that much more because I know, even if my plane’s going down in flames this round, I have a chance to take a parting shot at an enemy aircraft.
D6 System Roleplaying Game: When I run roleplaying games with built-in initiative systems I generally resolve actions simultaneously in my head, with an eye toward fairness to player characters and unexpected plot developments from actions with results that often clash. I frequently discard built-in initiatives systems -- intended to impose structure on player and gamemaster actions -- in favor of an improvised yet simultaneous task resolution method. Typically I’ll announce the characters’ adversaries intentions then go around the table to each player (usually varying my start point each round) asking for their characters’ actions and letting them know what relevant skills to roll. I roll the gamemaster character skills, noting how well they did in terms of success/failure and degree of success (for opposed rolls). As players reveal their skill roll results I figure out what’s going on in relation to opponent actions, then narrate the outcome. This certainly makes a bit more work for the gamemaster to mentally keep track of what all the characters and their adversaries are doing, but makes for some interesting moments as simultaneous action resolution brings about some unexpected results. I also find the technique -- or the simple omission of an intrusive initiative game mechanic -- far more cinematic.
Oracle System: I’m building the Oracle System -- the basis for a retro-clone-style fantasy roleplaying system I’m developing -- on the concept of simultaneously resolving combat between two opposing parties, including chances to hit and defend in one roll. A hero rolls her dice while the gamemaster rolls dice for her opponent; each counts up defend results (2s and 3s), a number of which (equal to the character’s armor value) can cancel out the opponent’s hits (4s, 5s, and 6s), with any hits getting through armor lowering the defender’s overall dice (both an indication of ability and health). In this fashion two opponents can conceivably knock each other out of a skirmish; even someone about to be vanquished still has a chance to inflict damage with a parting shot. (You can read more about the Oracle System and its simultaneous combat resolution mechanic in an earlier blog entry.)
Simultaneous action resolution isn’t right for every game. They often becomes a choice over other game concerns. For instance, I’m sure the Star Wars: X-Wing Miniatures Game designers felt using a pilot skill value was far more important to the overall game strategy than simultaneous attack resolution; in fact, offering different pilot expertise levels helps players build diverse squadrons essential for both varied skirmish scenarios and organized play (a cornerstone of the game’s appeal and marketing approach to the gaming community). Mechanics remain the primary consideration; if simultaneous resolution doesn’t work with the core game system -- or needs additional fiddling to fit it in -- it doesn’t belong. It’s a convention I enjoy in many games, but not at the expense of fluid and engaging gameplay.
As always, I encourage construction feedback and civilized discussion. Share a link to this blog entry on Google+ and tag me (+Peter Schweighofer) to comment.
at 6:21 AM