Thoughts on the Random Dungeon

I’m returning to my Oracle System-driven roleplaying game design for Basic Fantasy Heroes as an occasional break from work on the miniature wargame rules for Panzer Kids. The rules went through several rounds of playtesting earlier this year, with solid input and good insights on fine-tuning the system and improving the presentation. But aside from running a few test encounters myself to see how combat worked out within the overall Oracle System, I’d not have a chance to run a small band of heroes through a scenario. So I turned to a solitaire alternative using a random dungeon system to generate an adventure in which I, as player, truly could not anticipate what the characters would face from one room to the next. Beyond offering a taste of the Basic Fantasy Heroes game system mechanics in an actual play setting (albeit solitaire), the experience helped me come to some conclusions about what I expect in random dungeon solo play.
Rationale
I wanted to adhere to certain conditions in undertaking this foray into solitaire random dungeon adventuring, primarily to provide a realistic experience using the character and combat rules I’d developed in a fully unexpected setting. To this end I created three beginning characters using my Basic Fantasy Heroes rules: a priest, elf, and dwarf, each with their own specialties that would affect gameplay (primarily combat). 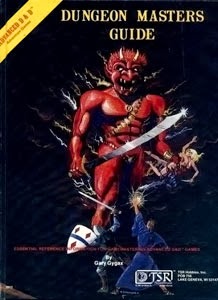