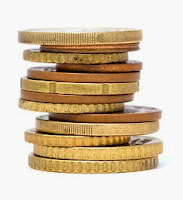 
Conventions: I’m thankful to have several game conventions within driving distance. I’ve made a point to budget for exhibit hall purchases, often from dealers with brick-and-mortar stores. Some conventions also offer a venue where gamers themselves can set up a flea market table; shopping these tag sales not only gives me some good deals on hard-to-find merchandise but puts money back into the gaming economy (such as it is). Most of these cons cater to my broadening interest in other adventure games, particularly board and wargames, though dealers (and those at flea markets) also offer roleplaying games.


Kickstarter: I supported various game-related Kickstarter campaigns over the last few years, but even that activity has diminished. In the past I’ve used it primarily for acquiring innovative board games catering to my various interests, but a few roleplaying game worked their way onto my backed projects as well as some game-related material like Stan!’s amazing children’s book, The Littlest Shoggoth. The few roleplaying games I backed were big-ticket items (for my budget, anyway), though I had very specific reasons for supporting them. But Kickstarter never really supplanted other sources for buying games; instead it provided a platform for finding and bringing to production extremely niche games that might not otherwise have made it to the regular hobby distribution channels. I’ve also become jaded by my Kickstarter experience. Although I don’t mind waiting months (or years...) for some projects to actually appear, I find my initial enthusiasm for a project sometimes fades over time, and occasionally dissipates altogether when I finally see the finished product. Some projects that look and sound good on paper (so to speak) don’t really fulfill my expectations. I still monitor my passive radar for game projects to back, but they must have the perfect backer price, production value, and theme for me.

Patreon: Although this venue doesn’t really deliver a finished product, it does provide lots of game material and funnels some small portion of my gaming budget to creators whose work I enjoy and admire. I’ve discussed the Patreon model before, likening it to a subscription-based service providing useful game material while supporting individual creative efforts. The few endeavors I’m supporting offer a steady stream of gaming maps, many with adventure seeds or entire short scenarios.


Online Shopping: I regret I’m giving into the convenience, deeper discounts, and free shipping of various online sales venues. It all started around the holidays when I got a Barnes & Noble membership, good in-store and online; then a free month’s trial of Amazon Prime saved my skin with free shipping during my busy early year gift-buying for multiple birthdays. It’s difficult to resist the pull of Amazon with its discounts, greater product availability, and free shipping through Prime. I recently ordered some books and one game I’d been wanting for more than a year, but have generally held off purchasing games willy nilly. I try very hard to avoid ordering game materials through Amazon, especially if I know I can find it at the FLGS or a convention dealer. I find maintaining a wish list on Amazon a good way to not only remind myself of games I hope to acquire but also to point others seeking gifts when my birthday or the holidays come around. It’s not a shopping venue I’m proud to use for games, but sometimes it remains too tempting to resist.


Print-on-Demand: I don’t know why I don’t consider Lulu (and OneBookShelf) the same as “online shopping,” possibly because these print-on-demand titles rarely appear among brick-and-mortar establishments like the FLGS or convention dealers. Both venues offer print versions of PDF titles, many of which come from innovative, independent creators whose work deserves a place on my gaming shelves. (I’ve previously discussed my “wish list” for OSR gaming titles on Lulu along with a few OBS titles.) I’ve turned more to Lulu given its recent discount sales across the board (particularly good during the holidays) primarily to acquire new titles to satisfy my recent fascination with the Old School Renaissance (OSR) movement, but also to get hard-to-find print versions of other games, most notably S. John Ross’ excellent solo game book Ring of Thieves.


I’ll admit my buying habits for games haven’t only migrated across purchase venues; I’ve moved away from buying roleplaying game material (though I haven’t completely abandoned it), instead purchasing board games, wargames, and miniature wargame materials. Certainly my growing interest in the OSR has spurred some shopping on my part, though I can often preview a game in PDF before ordering a print version for my shelves. Even so, in terms of dollar amount a print OSR game often comes in at a far lower price than, say, the trilogy of hardcover, full-color rulebooks for the most recent iteration of D&D (though I occasionally flirt with the idea of buying the starter boxed set).


Comments....
How have your game buying habits changed? Want to share your opinion? Start a civilized discussion? Share a link to this blog entry on Google+ and tag me (+Peter Schweighofer) to comment.