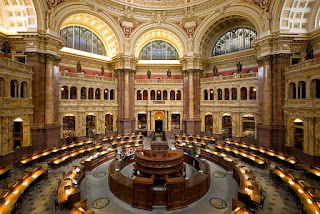 
The key in this process lies in broadening our experience, primarily through reading (though watching movies and television can help, too). Reading allows us to vicariously experience events otherwise beyond our immediate reach. I can’t experience climbing Mount Everest, but I can read a book about those who did. I can’t travel back in time to experience first-hand the World War II tank battles of North Africa, but I can read about them.

It’s important we occasionally try exposing ourselves to different materials, ones that break us out of our usual modes of perception and thinking and challenge us to look at something different that what we’d like. At best it can inspire us in new ways; in some cases we can reflect on new experiences that disappointed us and learn why we weren’t satisfied. My interest in the Old School Renaissance (OSR) movement grew from a willingness to explore OSR game materials online, through fanzines, and several full games, finding new ideas and approaches I could adapt to my own work. In a less-successful instance I recently tried the first novel in a wildly popular military science fiction series a friend recommended; halfway through the book I put it down, realizing I wasn’t really connecting with it. Why? Maybe it seemed like too many characters and too much backstory for me to follow. Maybe its tone seemed to grate on my personal political leanings. Maybe that genre of military sci-fi doesn’t really engage a reader who grew up on and still enjoys the likes of Larry Niven, Edgar Rice Burroughs, and Michael Moorcock.

In my current mission to develop some new roleplaying game scenarios for conventions (with fewer, linear narrative elements and more “sandboxy” free-form bits), I found some inspiration in an unlikely source. Despite my interest in OSR materials, I’ve never really gotten into Dungeon Crawl Classics; but Timothy Callahan, publisher of the incredible Crawljammer zine, sent some copies my way and I found an interesting article by Sean Ellis, “Random Space Encounters.” It’s just a table with 20 space encounters in Crawljammer’s wonderful, over-the-top gonzo style, yet it started me thinking about a new approach in adventure writing. I’d like to develop a new convention scenario for the good old D6 Star Wars Roleplaying Game and the article provided some inspiration in creating my own more free-form asteroid field scenario appropriate to the Star Wars setting. I’m starting with a basic premise and some familiar locations from my past work with D6 Star Wars, essentially providing an action-filled introduction to eventually dump the heroes into an asteroid field filled with interesting occurrences and enticing mysteries to explore...which is where a host of random tables comes in to offer variety and in-game inspiration. Each idea generated on my table of what Star Wars characters find in the asteroid field comes with its own set of variables. The article provided the new perspective I needed to freshen up my adventure writing.

Giving in to Inspiration

Passion for a game project – arguably any project – remains an elusive force to tap into, one that, if ignored or set aside, can quickly fade if it isn’t harnessed while our enthusiasm remains hot. Granted, part of the challenge comes from sustaining that excitement through various development stages, but giving in to that initial enthusiasm can make the difference between enjoyable and successful game materials and ones that linger painfully as they become more work than a labors of love.

I’ve managed to tap into this kind of inspirational enthusiasm several times, though often I had to set aside other projects from which, frankly, I probably needed a break anyway to provide a fresh approach later. My solitaire World War II submarine game OperationDrumbeat was inspired by an overview article on the campaign in WWII History Magazine. The article provided an outline concept, my love for the classic Avalon Hill solitaire B-17: Queen of the Skies offered an example of how charts and die rolls could drive the game, and some research into u-boat actions provided the idea for recording patrol events in a kriegstagebuch, or war journal. All these elements fueled my enthusiasm for the project and provided the foundation for elements in Operation Drumbeat. Certainly my work on Valley of the Ape was fueled by inspiration both from the convention adventure game we saw last year and the seemingly boundless enthusiasm my son, the Little Guy, showed (and continues to show) for playing the game. Capitalizing on that energy – setting aside other projects in the process – remained key to completing the game, crafting components, and finally publishing it to share with others. Sometimes I get fired up to write about a particular subject for a Hobby Games Recce post, so I capitalize on the inspiration right away, at least to outline the piece and type out a few key concepts, phrases, or even paragraphs, before revisiting it later to expand on ideas, refine concepts after some reflection, and otherwise polish it for publication.

Many times inspiration comes from examining game product and thinking, “Hmmm, maybe I could try something like that, but with a twist, or improving this particular mechanic.” That sentiment remains one of the forces behind the Old School Renaissance movement (OSR), in which numerous designers have taken the basics of the System Reference Documents (SRD) through the terms of the Open Game License (OGL) and revisited their favorite old-school games, incorporating many of their own “house rules,” in new forms based on old classics. Since the dawn of the adventure gaming hobby people have freely created “house rules” for their favorite games, sometimes to the point of making entirely new games themselves (a subject I discussed in “A Hobby of Tinkers”).

Sometimes inspiration emerges from previous projects fueled by current enthusiasm or research. My work completing Valley of the Ape and my reading several miniature wargaming rules sets, as well as Jon Peterson’s overview of the history of wargaming and its systems in Playing at the World, sent me off on a tangent (again putting aside several other projects). Although I find certain elements in each rules set appealing, no one system really works for me; so I’m drafting some quick skirmish rules using some of the basic, kid-friendly mechanics from Valley of the Ape, along with options that intuitively expand on those concepts to provide greater depth and historical flexibility.

One of the delights of reading Playing at the World is not simply looking at the wargaming traditions since Napoleonic times and developments in the second half of the 20th century, but tracking how those elements inspired designers and transformed into the many roleplaying game practices we take for granted today, more than 40 years after the dawn of roleplaying games. It exemplifies the spirit of creativity, finding inspiration in ourselves and the games we read, recombining those in original forms that satisfy our own play styles, and sharing those with others.

Where do you find inspiration? Want to start a civilized discussion? Share a link to this blog entry on Google+ and tag me (+Peter Schweighofer) to comment.
at 7:09 AM