Gamers often face the financial challenge of deciding whether they can afford an expensive game that’s tempted them with an appealing theme, high-quality production values, and engaging gameplay. Many times we can exhibit self-control and budget for large game purchases or bide our time before buying supplemental materials. Yet the price of games across the range of the adventure gaming hobby (roleplaying, board, wargames, and miniatures games) continues to creep upward; it isn’t helped by more releases of what I’d call “boutique” games, those with price tags nearing or often exceeding the $100 mark. These make significant contributions to the overall field of games, though at a greater cost to both producers and players. 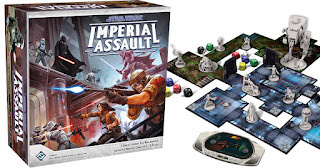 A recent game convention we attended runs a charity “teacup” style raffle where participants buy tickets (at $1 each) and drop them into bins with numbers corresponding to donated prizes, with all proceeds going to the named charity (in this case one that benefited veterans). I’ll admit, I was sorely tempted by three interesting game “prizes,” Fantasy Flight Games’ Imperial Assault and Star Wars: Armada, and Ares Games’ Sails of Glory starter set. Each of them retails for about $100 and comes packed with some amazingly high-quality components. Their subjects also interest me. My son and I stuffed the raffle tickets I’d bought into the bin for Imperial Assault (his choice), though I diverted a few to another game that tempted me; despite this, we didn’t win any of the raffle drawings, and that was okay (donating to a good charity helped us feel it was worthwhile).


But it got me thinking about these high-priced, high-production-value boutique games again. For discussion’s sake, I thought I’d outline my rationale for what I’d consider such a game. I feel a “ boutique” game satisfies three key criteria:

$100 Price Tag: The game’s cost nears or exceeds $100 for a complete, stand-alone game (excluding supplements). The core rules/game hit this mark, not the core rules and other components purchased separately, such as miniatures, expansions, and extra ships.

Specific Subject: The game covers a genre extremely specific by mundane standards. It’s not just a naval battle game, but one simulating “Age of Sail” skirmishes during the Napoleonic Wars (like Sails of Glory).

Complex Rules/Components: Most boutique games incorporate innovative components or rules beyond the usual levels for the adventure gaming hobby, often characterized by rules and additions requiring constant clarification, large FAQ documents, and the potential for constant rules-creep expansions. Certainly all the games I noticed at the con raffle fulfill this condition to some degree, especially since they all promote further expansion purchases that build upon already complicated rule systems.

The first condition remains the one most easily applied when scanning the game-store shelves for boutique games. I’d consider Imperial Assault, Star Wars: Armada, and Sails of Glory all fall into the boutique games category; but I’ve also actually managed to acquire a few other games I’d label as boutique:

Battles of Napoleon: This massive battle game (similar in concept to the card-driven, plastic miniatures board game Memoir ’44) enjoyed a very short release through Fantasy Flight Games when it was distributing Nexus’ Wings of War game in America (before the designers parted ways with Nexus and formed Ares Games). I won my copy in a convention raffle years ago. It has amazing components and gameplay similar to but not quite the same as Memoir ’44. It’s a huge box that retailed for $100 and goes for a bit more these days on e-bay. I would not have normally purchased it, but it’s allowed me to dabble in Napoleonic Wars, a period that tempts me but in which I’ve not yet completely immersed myself. 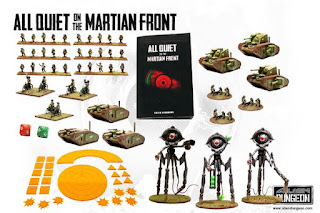 All Quiet on the Martian Front Starter Game: I saw this at a convention dealer and was thrilled with the idea of Martians returning to early 20th century Earth to attack with wonderfully sculpted tripods against World War I-style tanks. The friendly vendor gave me a deal on the $100 starter set, which included tons of models, a condensed rulebook, dice, and templates which, purchased separately, would have cost far more. I believe the game line was funded through a Kickstarter campaign. Although I’m still painting the minis, I enjoyed absorbing the fairly basic, intuitive rules. I’ve since purchased the full rulebook and a few additional models, though the starter set contents provide everything needed to play in one box.


Sergeants Miniatures Game: I saw this game at a small, regional gaming convention, played a few sessions, and really enjoyed the convergence of miniatures on a wonderfully illustrated board (though the rules had a steep learning curve). I bought it a few years ago, fueled in part by my enjoyment of Stephen Ambrose’s epic Band of Brothers book and the HBO mini-series it inspired. With a retail price of $89.95 it comes close to my $100 mark for boutique games; I’ll admit I’ve bought a supplemental soldier pack, but also got a few promo soldiers for participating in the convention games. The rules can, at times, be described as “fiddly,” partially from combining elements from board and miniatures games, along with the innovative, card-driven action and hit resolution system. I bought the Day of Days version covering American paratroopers; the British Red Devils core game and a basic board-game version (without pre-painted miniatures) were funded by a successful Kickstarter campaign.

Astute readers have probably already noticed two trends in the aforementioned boutique games: those funded by wildly successful companies with licenses for a major media property and Kickstarter.

Fantasy Flight Games has become a game-publishing powerhouse over the years across the spectrum of board, card, and roleplaying games. Possessing the Star Wars license enables it to produce some high-end, high-price-tag games with what I’ve called “addiction marketing,” a slew of non-core-rules supplemental releases which, for many players, seem like “must have” items. When I was working for West End Games on its D6-based Star Wars roleplaying game management called Star Wars a license to print money (which it then somehow managed to squander into bankruptcy, but that’s another story), so FFG should have plenty of capital to re-invest into boutique games with high price-tags and amazing production values.

For those less fortunate, Kickstarter enables creators with fantastic ideas to gain financial support and test the market to fund their boutique games. Some have called Kickstarter a pre-order system for games; that might seem accurate since games that don’t fund don’t collect the money and don’t usually reach production. They can also fall afoul of extravagant and costly stretch goals promised to boost initial funding. Some offer modestly priced versions of the game, with backers able to pledge greater amounts for more exclusive boutique versions. Certainly Kickstarter remains a growing venue for the promotion, funding, and creation of boutique games. I’ve not yet supported anything beyond the $60 point, but I’ve seen games eligible for my boutique game label...most notably the Kickstarter deluxe edition of OGRE from Steve Jackson Games, a deluxe Ticket to Ride 10th Anniversary edition, and a few new editions of classic roleplaying games in exclusive, boutique formats. 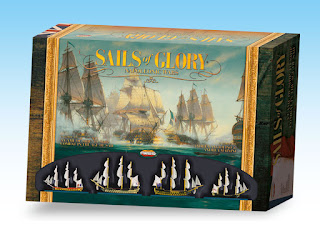 Can the gamer economy sustain the slowly rising tide of boutique games? Certainly some gamers have no qualms dropping $100 now and then for a game purchase. Surely a need for such boutique game exists or the market simply wouldn’t support it. I certainly don’t make any $100 purchase on games lightly; for me it’s usually my one huge game purchase for the entire year. It reminds me of the concept of the big family game purchase many Germans attending the Essen Spiel convention make. At arguably the largest board game convention in the world, many German families seek that one big board game purchase to sustain their gaming throughout the year. It might not be as large as a $100 boutique game, as not every family can afford to spend that much money on the adventure gaming hobby every year, but it’s still a significant purchase. I count myself – and the American gaming market – extremely fortunate we can sustain such extravagant productions and purchases.

Comments....
What “boutique” games have you seen or purchased? Have an opinion on the sustainability of the market for such expensive games? Want to start a civilized discussion? Share a link to this blog entry on Google+ and tag me (+Peter Schweighofer) to comment.