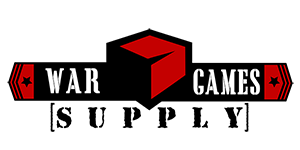 Every few months I get in a mood to rant about gaming magazines – how nostalgically wonderful they seemed in their print heyday, the effects of internet and PDF, and their dubious future – and I generally rein myself in, delete much of the tirade, and perhaps get a blog post out of what’s left (such as “Nostalgia for Gaming Magazines” and “The Vast Internet Versus Edited Periodicals”). I even have a rambling, admittedly confused missive about the viability of a D6 Adventure Journal sitting around somewhere that seems to have lost its point (if it ever had one in the first place). Yet news last week from GeekDad about War Games Supply reminded me I’d not yet discussed a similar concept, the subscription box approach, one pioneered in the gaming world in 2014 by Mythoard and now perpetuated by this latest venture catering to hobby gaming enthusiasts.

Frequent readers of my magazine missives know I enjoy well-curated periodicals delivering regular doses of quality game material. A good editor not only ensures writing, layout, and art reach certain standards but in a way also curates the readers’ experience to provide them with material they’ll find interesting that enhances and expands their enjoyment. Certainly I expect a particular magazine to deliver content consistent with a focused subject, but I’m always delighted to find a periodical pushing my boundaries, forcing me to examine issues differently, or revealing something previously unknown.


News of War Games Supply and my past, admittedly limited experience with Mythoard inspired me to reflect on subscription-delivered game material from a different perspective...not words and images on a page (printed or electronic), but physical gaming goodies I can hold, read, and play with, delivered every month. Like magazines these promise to deliver a general collection of useful game materials based on the “editor’s” ability to round up suitable contributions. Rather than offering previews of product in upcoming deliveries, they list companies sending material for the boxes, though subscribers don’t know exactly what they’re getting until the box shows up in the post. As with magazines, your mileage may vary. Not every article in each magazine issue satisfies a particular reader, but an overall positive effect helps establish loyal customers. Subscription boxes work the same way, though providing engaging material across the vast expanse of interests – in either roleplaying games or wargaming, both highly compartmentalized sections of a hobby – poses a major challenge. Like magazine readers, box subscribers must look over past offerings and decide if it’s right for them. Thankfully Mythoard offers information on past contributions so potential subscribers can get a better sense what to expect. Presumably the nascent War Games Supply will follow this practice, too. Right now any indication of what the producers plan to put into the box consists of the website’s claim that “We decided to put together a monthly box that delivers awesome gaming stuff to you. Everything from miniatures, terrain, paints, modeling supplies, dice and all kinds of cool accessories will be coming your way. We’re constantly on the lookout for killer stuff to put in these boxes and enhance your gaming!” The War Game Supply Facebook page also contains a few clues hidden within the other posts. The GeekDad feature offered a photo and rundown of the February box contents. 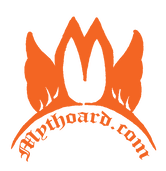 My experience with Mythoard last year was positive, though, regrettably, not financially sustainable for me. I’d heard some good online buzz about Mythoard during its start-up in 2014, particularly the specifics about goodies included in each shipment; the idea of a box of random gaming goodness showing up also had its appeal. So I ordered one to satisfy both my curiosity about the service and enhance my exploration of the Old School Renaissance movement (OSR), since a good deal of the material at the time seemed to cover that field. The January 2015 Mythoard shipment provided an assortment of gaming items, some useful for me, some not so much, though I assumed the service, like any periodical, would find its stride in good time. Items that stood out for me included a nicely illustrated folder and some maps, plus the creature deck from Inkwell Ideas, and dice (you really can’t go wrong throwing in a few dice). As with any magazine compiled from different contributors, some of the materials really hit the mark for me while others didn’t. Still, I ordered a second month to see if the sampling of product would lean more toward my preferences. February 2015 brought more maps and dice, plus two adventures, including one by Tim Callahan and Matt Hildebrand that had some online hype beforehand (admittedly one of the reasons I got this second Mythoard). I held off for a few months and then ordered May’s, which contained some items I’d expected and a few surprises. The previous month Bad Mike’s Books & Games contributed a copy of a classic Judges Guild supplement, so when I saw their sponsorship of the May Mythoard I knew I’d be getting some similar material. But the very pleasant surprise was a copy of James Spahn’s wonderful White Box Omnibus, which really satisfied my enthusiasm for OSR material. The service proved effective in delivering an assortment of gaming goodies, some more useful to me than others; but the price tag to get something every month was a bit beyond my generally frugal budget. I also realize I ordered some of the earliest Mythoards and – from what I’ve seen online in the offerings from the past year – the service has found its stride in providing increased retail value as well as PDF content. Although the actual contents each month remain a mystery beyond the names of contributing companies, the lists of past offerings provides a better idea what kind of goodies to expect. I’m pretty sure I paid $25 plus shipping for each of those earlier Mythoard deliveries; checking the website now I noticed the $25 price includes shipping, making it a more viable option. Given the increased value in each box I may have to treat myself to a few in the coming year.

When I heard about War Game Supply I hoped it would provide a similar service for miniature wargaming goodies. I’m quite tempted by what I saw in the GeekDad feature. The War Game Supply Facebook page provides some additional clues about what’s in the upcoming box. I’ll watch for news of actual content before deciding if it’s worth giving it a one-month try. It’s slightly more expensive than Mythoard at $27.99 plus $5.99 shipping for one month (ordering several months at a time offers a slight discount). My adventure gaming hobby expenses fluctuate month-to-month, but $34 is still a significant sum to pay out for a grab-bag of gaming stuff that may or may not see use...especially when I can think of plenty of games and accessories on which I’d love to spend $34. Certainly for miniature wargamers this might provide some useful surprises and some unexpected challenges.

While these subscription boxes seem more expensive than convention print or PDF magazines, paid or free, they’re actually similarly priced with comparable print magazines delivering playable content. I’m thinking specifically of two print wargaming magazines that include complete games (with maps and counters) in their pages. Strategy & Tactics has been around since the dawn of the hobby, first published by SPI and now under the auspices of the folks who produce Decision Games. One can order the “magazine edition” ($7) or the “game edition” with the magazine contents and the full game (map and counters) for $30-$35. Yaah! Magazine is a more recent entry into the magazine-with-game arena, covering wargames, offering new scenarios, and providing a complete game in each issue. The print version includes a game with rules, map, and counters for $29.99; a print-and-play PDF version costs $5.99. I have some old issues of Strategy & Tactics I picked up years ago from somewhere, though I have yet to give Yaah! Magazine a try. The former has a long history of delivering quality wargaming content, while the latter promises some solid production values and a wide scope of coverage. Interest in the both often depends on the game’s subject.

Boxed subscription services might seem too expensive or random for some gamers’ tastes, and that’s fine; for others they might provide the right mix of engaging new material at a reasonable price, and that’s fine, too. This is one of those gaming issues where “your mileage may vary.” For me it’s a bit too much of the former, certainly too much to order every month. I’m tempted to order Mythoard again after seeing how much it’s improved throughout its first rather successful year; I’ll probably take a chance and order a War Games Supplies box in a few months once I’ve seen a larger sampling of its sponsors and offerings.