Playing to “Win” the Covid-19 Game 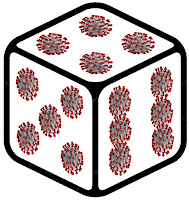 I don’t usually indulge in politics or other sensitive, real-life subjects here at Hobby Games Recce. If I do, it’s in some way related to games. So I’d like to propose that the current pandemic situation has some parallels to gaming; specifically how we play games, strategies we use to succeed, and what happens when we win or lose. So bear with me if you will or simply come back next time for a less-politically tinged feature. And if you’re the kind of person who takes offense at my sentiments on these subjects, well, sic transit mundus.


We all play games differently. Sometimes we play cutthroat to win. Sometimes we engage simply to have fun and explore the game mechanics and strategies. Sometimes we’re just not interested in playing, but everyone else is and we join in as part of our gaming community. But most games have a win/lose situation, even, I’d argue, roleplaying games and cooperative games where individuals seek fulfilling and entertaining experiences in a group. Many players use strategies they believe will enable them to win. Those who play for the sheer joy of it – myself included, at times – don’t always win by the game’s rules, but “win” by participating in a satisfying experience. But we can generally assume we’re going to do our best to “win” at any game.

Roleplaying gamers often optimize their characters’ stats so they’ll do well in their particular role confronting a scenario’s challenges. Players construct carefully planned decks for Magic: The Gathering to best use cards in their collection to win. Fantasy Flight Games’ X-wing miniatures game serves as another good example. I immersed myself in its earlier edition for a few years, even participating in some local tournaments. Players field ships from the Star Wars universe against each other, trying to destroy the opponent’s craft (or achieve some other scenario victory conditions based primarily on combat). Players build squads with 100 points. Ships themselves cost points (more for better pilots) and players can add upgrades of crew, weapons, droids, and other abilities to enhance their performance. Whether one hits or dodges in combat still relies on die rolls, but good upgrades can modify those. Better ships, pilots, or upgrades can significantly increase one’s chances of survival in a fight, though there’s always a chance to fail. A player’s strategy in creating a squad and running it hedges their bets when they roll the dice. Tournament gamers are great at implementing the best min/max strategies to get the most out of upgrades and pilot abilities that often draw power from one another. Sometimes they research strategies online. Other times they test them out on the game table. And these upgrade-optimizing gamers are the ones who win tournaments.

The covid-19 pandemic is not a game, though gaming offers a paradigm to which we can relate. In this “game” we make choices, strategies to “win” if you will. “Winning” is living, “losing” is dying. Some state governments and qualified experts have exhorted us to take precautions to protect ourselves and those around us by wearing face masks and gloves, frequently washing hands, and practicing social distancing, all with the goal of limiting our exposure to others to stem the spread of this highly transmissible disease. Like upgrades in the X-wing game, these measures can hedge our bets, improving our odds when it comes time to roll the dice. It is not an easy strategy to live by. It is not a guaranteed strategy. As our society tentatively emerges from self-isolation, this community based strategy’s effectiveness depends on more of us practicing it than not. One might think we’d all do our best to “win” in this situation because the stakes in this “game” are high. If we win, we live; if we lose, we or someone close to us dies.

I realize this “game” has more granularity than simply “live/die.” The pandemic has affected many people’s livelihoods and incomes. In games people experience frustration when their plans go awry, when the game doesn’t go their way, when they look bad compared with their fellow players, when no matter what they do, they can’t advance. The pandemic has placed many in dire financial straits. Perhaps the economic hardship is it’s own game-within-a-game, where winners survive financially and losers spiral into bankruptcy, hunger, homelessness, and despair. But everyone’s in this game; other players can help those falling behind so they can “win” in the larger arena of life or death. We’ve already seen covid-19 strike minorities and those less economically fortunate for numerous reasons: stress-related health issues, deferred medical treatment for fear of the cost and exposure, limited community resources, etc. We’ve seen some levels of government, charitable organizations, some corporations, and community leaders step up to help others. Governments in other countries have implemented both health and safety measures as well as economic relief plans...and done so successfully. The pandemic places a greater burden on us – as individuals within a community and as governments of people – to take care of one another and support those in distress. We can manage. We can help those in need. We can keep soldiering on as best we can – taking precautions – because we are alive. We cannot help if we die. 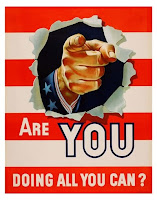 Unfortunately not everyone believes in and employs the same strategies for success/survival. The Greatest Generation that prevailed during World War II knew about citizenship and sacrifice...doing what was best for the community above and beyond their individual selves. I fear some in our current generations of Americans have become selfishly entitled to their own opinions as facts. Some seem so supremely confident in their own knowledge of high school biology tinged with their political and religious beliefs that they automatically disdain experts who’ve been in the field for many years (goodness, some since I sat in high school biology class). Perhaps some believe the real game is the economic one or a contest of individual “freedoms” over the goal to “promote the general Welfare” of all citizens; neither of which matter to those who lose the larger game. The experts offer us the best strategies known for winning the covid-19 game. We can use them to improve our chances when the dice roll; or we can ignore them at our own peril. It’s a severe price to pay when the stakes are so high.

I fear we’ve passed around the “Flame Deluge” predicted in Walter M. Miller, Jr.’s A Canticle for Liebowitz and are moving through a different apocalyptic experience; and yet we’re already seeing the rise of the “Simpleton” mobs:

So it was that, after the Deluge, the Fallout, the plagues, the madness, the confusion of tongues, the rage, there began the bloodletting of the Simplification, when remnants of mankind had torn other remnants limb from limb, killing rulers, scientists, leaders, technicians, teachers, and whatever persons the leaders of the maddened mobs said deserved death for having helped to make the Earth what it had become. Nothing had been so hateful in the sight of these mobs as the man of learning, at first because they had served the princes, but then later because they refused to join in the bloodletting and tried to oppose the mobs, calling the crowds “bloodthirsty simpletons.”

I hope I’m wrong about the pandemic. I hope the neighbors are justified in sniggering at me kneeling on the back deck sanitizing groceries my wife just brought home. I hope that unmasked lady who glared contemptuously at my wife and her mask in the grocery store is right, that we have nothing to fear, that things aren’t so bad we have to inconvenience ourselves with masks and gloves and distancing. Science, the death toll, and our continuing experience all prove otherwise. Despite trying to hedge our bets in the real-life, live action covid-19 roleplaying game, we can lose because someone else in the game didn’t care about anyone else other than themselves and their “freedom” to do as they damned well please. If you’re going to play a game – and we have little choice in this game of life – why not do everything in your power to win? Especially when “losing” means dying?

Here endeth the lesson. May the blessed St. Leibowitz forgive me and have mercy upon me. Sic transit mundus.