History Lost/Gained in the Pandemic 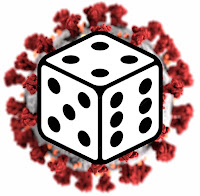 The covid-19 pandemic forced many to alter our lives for the sake of the common good in overcoming a novel virus. Everyone’s lost something. If we’re lucky we only lost more than a year of life’s normal activities, routines, and special events. The less fortunate lost jobs, homes, and, worst of all, loved ones. (I discussed some of my own disappointments before in “The 2020 that Might Have Been.”) Hopefully we’ve gained a little something from these experiences...a perspective on what we lost, how much it meant, and how we might appreciate it all the more in the future. We’re still dealing with covid-19, managing our comfort levels, health, and vaccination status against the risks of returning to the way we did things in the “Before Times” as I sarcastically call them. A “normal” school year for students ranks among the losses young people sustained. Partial in-person learning and part- or full-time distance learning online focused on the most central of the core subjects – math, reading, science – and what little history they had studied earlier simply dropped off the academic map. Luckily for our household we try fostering and engaging an interest in history through films and games. 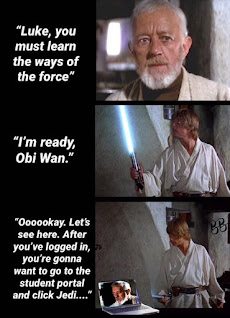 My son wrapped up fifth grade last week, taken through distance learning classes online thanks to the pandemic (and a governor who insisted full-time online learning as an option throughout the state). For most of the year two-thirds of his class learned five days a week from home while one-third had in-person class two days a week (with three days of distance learning). They used a combination of Google Classroom for exercises and several live meets every day. Given his final grades in the three subjects taught – math, reading, and science – I shouldn’t complain. That said, history remains the one core subject his elementary school sidelined during the pandemic. Luckily my wife and I have interests in various historical periods we indulge through various activities: travel, costuming (for my wife), films, and games. As I’ve discussed before, activities like these have a capacity to inspire people to learn more about different subjects. So we’ve tried to expand our son’s (and our own) horizons across the scope of history through these engaging activities. The vacation before the pandemic – summer of 2019 – we spent a week visiting historic sites around Williamsburg, VA: the restored town with costumed interpreters and living history of everyday colonial life; the Jamestown Settlement’s fort, ships, and Native American village; and the American Revolution Museum at Yorktown with its immersive exhibits and Continental Army encampment (complete with artillery demonstration). For a few years now we’ve made day trips to nearby museums with historical content, most notably the National Air and Space Museum’s Udvar-Hazy Center and the National Museum of the Marine Corps where we once met a World War II navy veteran who was at both Pearl Harbor and D-Day. With many pandemic restrictions lifting we’re considering both a vacation and day trips this summer (with appropriate protective measures since our son’s not vaccinated). In October 2019 we discovered historical reenactments at Maryland’s Fort Frederick State Park...and though events there were canceled throughout 2020 and into 2021, we’re looking forward to returning later this year. In December 2019 we combined our historical travels with my wife’s costuming by attending the Governor’s Ball at Colonial Williamsburg in period garb. While I’m not sure my son appreciated the experience, he certainly won’t forget dressing up in his coat, waistcoat, and hat with his fancifully appointed parents, mingling with costumed interpreters in the Governor’s Palace, and partaking of the dancing in the ballroom.

Frequent readers might remember our history and gaming trip in February 2020 right before the pandemic: a weekend at a regional wargame convention in Williamsburg, VA, bookended by trips to the Mariners’ Museum and Jamestown Island. (For those tired of me referring to this trip in blog posts, I apologize and can only say it’s been one of the must fulfilling pre-pandemic memories that has given me hope.) At the convention I ran two historical games he joined – a World War II tank charge using Panzer Kids and a kid-friendly Wings of Glory scenario for Pearl Harbor – along with a non-historical game (orcs against Rohirrim using Daniel Mersey’s Dragon Rampant rules). The Mariners’ Museum gave us a deeper connection to the USS Monitor and kindled our interest in the Battle of Hampton Roads (which we’d later explore through wargaming). My son particularly liked visiting Historic Jamestowne and walking where the first settlers arrived in 1607, with a growing awareness of the ramifications of the arrival of the first enslaved African-Americans in 1619. 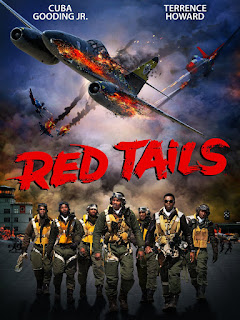 These past two weekends we’ve had ample opportunity to reflect on history. For Americans Memorial Day serves to remember those who gave their lives in defense of our nation (though often overshadowed by its unofficial heralding of summertime). For the world June 6 reminds us of the massive Allied assault on D-Day in 1944, beginning a long and bloody campaign to defeat fascism in Europe. I take some small pride that, when I asked my son if he knew what the upcoming Sunday was, he thought for a minute and answered “D-Day.” For our traditional Friday family movie night – after watching a Star Wars Clone Wars Bad Batch episode – we decided to watch Red Tails, about the Tuskegee airmen fighting in World War II. Although based on historical events and certainly no documentary, it vividly portrayed the challenges African-American pilots faced, the bravery they displayed, and the losses they endured. Alas, he was too tired – and too tempted to return to his electronic Roblox world – to sit through a screening of The Longest Day on D-Day Sunday. Earlier in the year my son and I endured Gettysburg as an immersive experience that also prompted some questions about American Civil War issues. (And although Where Eagles Dare is more a fictitious action-adventure movie, it still inspired some discussion of relevant elements like the secrecy surrounding the D-Day landings and the backgrounds for three of the actors who escaped from Germany and Poland in the face of Nazi persecution.)

Aside from our convention gaming, my son and I have occasionally descended to the basement to play various battles on the wargaming table there. Our earliest pandemic gaming focused on Russo-Japanese War naval engagements, prompted by his interest in both Japan (from Godzilla movies) and Russia (from a classmate born there). We’ve played some “battle games” like Hold the Line: The American Revolution (the Battle of Great Bridge) and Memoir ’44 (Pegasus Bridge). Most recently we revisited the Battle of Hampton Roads (with some additional American Civil War river actions) and tested a scenario with PT boats against Japanese destroyers in WWII south pacific (both using Bob Cordery’s Gridded Naval Wargames rules).

Now we’ve cruised past elementary school toward the rocky shoals of middle school – hopefully unimpaired by the pandemic – and have 11 weeks of summer break. History as an academic subject should return to school next year, along with the core subjects and some interesting electives to intellectually tempt my son into new interests. Whatever he learns, we as parents encourage him in expanding his horizons. Along with the inevitable family vacation (probably back to Williamsburg’s historical attractions) we’ll continue enjoying our day trips (both familiar haunts and some new sites), screening the occasional historically inspired movies, and playing games with historical themes.