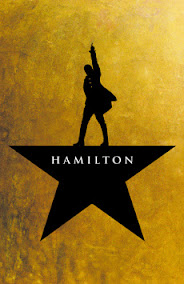 The July Fourth weekend – amid the pandemic wreaking havoc across the United States – we sat down in our impromptu yet cool basement home theater to watch the film version of Lin-Manuel Miranda’s Hamilton: An American Musical. Though I’m not a fan of the rap and hip-hop musical styles, the songs, staging, and compelling story provided an immersive, emotional experience. Yet in reading about it online later I became aware of some criticism that it contained historical inaccuracies. Well of course. It’s a musical, not a documentary. This kind of media is meant to entertain, even when based on real people and events. But in some people it can inspire an urge to lean more and pursue their own self-education. It reminded me how games work the same way. They’re not accurate simulations of situations, but they can impart an interest in the subject and issues delving deeper than the action we play out on the game table. Board, card, wargames, and roleplaying games can inspire further learning on related subjects.

Friday nights we retire to the basement for “movie night” in what has become a family tradition (one that, sadly, long outlasted Thursday “family game night”). Usually our son picks the movie, but with Disney+ releasing Hamilton streaming online for the July Fourth weekend, my wife exercised her authority and declared we’d all watch it. I’ve appreciated more traditional musicals in the past: I performed in the pit orchestra for high school productions; our family saw Yul Brynner in The King and I when we were kids; I’ve visited sites from The Sound of Music around Salzburg Austria; and I’ve enjoyed community musical theater productions of Pirates of Penzance and Camelot. I haven’t been to many live, professional musical performances in my adult life given the high cost of tickets; so despite the media excitement over Hamilton, it really wasn’t on my radar...until it came to Disney+. I’m not a fan of many of the more modern musical styles it employs, but I figured I’d give it a shot. And I enjoyed it immensely: it’s amazing musical performances, the clever writing, the staging and costumes, and the many messages it sends about America’s foundation, the role of immigrants, and our places in American society. Afterward I read more about the musical and its critical acclaim online and was surprised to see some dismissive comments about historical inaccuracies. The musical – and most any entertainment based on historical situations – made some minor changes to help craft an engaging story. I was still inspired to read more online about the musical’s background, Alexander Hamilton’s life, and even what elements weren’t historically accurate (and why). Both my wife and I hope to read Ron Chernow’s 2004 biography Alexander Hamilton, the book upon which Miranda based his musical. 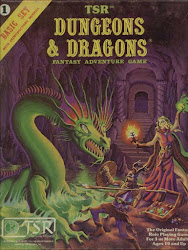 Hamilton demonstrates how entertainment – while not perfectly accurate to “history” – can serve to inspire some people to learn more about a particular subject. The same concept works for games. They’ve certainly exposed me to new concepts worth pursuing throughout my life. Castles, knights, and medieval legends had already inspired me as a kid and ultimately led me to immerse myself in Basic/Expert Dungeons & Dragons, but the game further drove me to explore medieval history and culture...even going so far as to minor in medieval studies in college. (Not to mention inspiring me to explore creative writing and publishing.) The Victorian steampunk Space 1889 – hardly accurate historical fare – still referenced real-world events and people, thus nurturing my interest in the British colonial intervention in Egypt and the Sudan in the late 19th century, particularly the Mahdist Revolt. (Coupled with an appreciation for Islamic art from a few inspiring college courses, it helped inform my perspective on Middle Eastern issues.) Numerous wargames have moved me to learn more about the conflicts they represent. Games can inspire beyond their subject matter. How many gamers have learned how to write clearly, explored game design, or mastered new technologies to further their involvement producing original game materials, blogs, podcasts, and online videos?

Entertainment can expose inquisitive minds to new ideas, provide some basic information, and inspire the urge to explore further. Even with its historical inaccuracies, Hamilton has the power to inspire people beyond the immersion in musical theater. For some this might serve as their first exposure to Hamilton’s life and work; for others it might offer further inspiration to explore topics in early American history. Games can also introduce us to new subjects of interest in an engaging way we experience firsthand. For those of us involved in the adventure gaming hobby, we’re constantly challenged by the vast scope of game types and subjects. We might not find inspiration in every game. Our own investigations into a subject might only form an educational diversion before moving on to other pursuits. But it’s worth trying something new if even one game inspires us to broaden our horizons.

What games have inspired you to wander off to explore new subjects and broaden your horizons?