“All your life has been spent in pursuit of archaeological relics. Inside the Ark are treasures beyond your wildest aspirations. You want to see it opened as well as I.”

Someone on Twitter last week posted a photo of their used bookstore haul of West End Games’ World of Indiana Jones roleplaying game books...and I immediately had a flashback to those final months of the company’s existence before bankruptcy in 1998 when we proposed a complete reboot of the game line in a premium, full-color hardcover core rulebook. I not only managed to find the proposal still lurking on my hard drive but also – far in the depths of my bottom-most file drawer – the three-page print out in a folder labeled “Indiana Jones D6.” Given its history I’m glad no angry, cursed ghosts few out of the dusty pages to melt my face.

When West End acquired the license from Lucasfilm to publish books based on the Indiana Jones property the company had put its stock in a non-D6 game system. MasterBook was the refinement of a d10-based game engine (enhanced with cards) first seen in TORG and further developed in Shatterzone. The editorial staff divided itself into two factions: those who favored the D6 system from the Star Wars game and those who saw MasterBook as the key to the company’s future success. Management views on the subject further weighted the issue in favor of MasterBook. Ultimately it proved a poor choice. 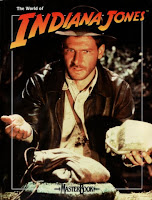 Having played the Star Wars game since it first released and already veering away from high-complexity games, I knew MasterBook and Indy were not a good match. Part of the appeal and success of the Star Wars RPG came from its cinematic game system; it was so intuitive one could teach it to complete newcomers in no more than 15 minutes. Anyone who’d seen the films knew the universe and anyone with any familiarity with roleplaying games could run it. Diving into the game to capitalize on fan enthusiasm was key; catering to gamers who preferred complicated rules was not a priority. Alas, I was too new at West End to have much influence and the corporate winds were blowing in MasterBook’s favor. So in the summer of 1994 The World of Indiana Jones released under the cumbersome MasterBook rules.

MasterBook published a slew of “World of” books tied to various original and licensed settings. These included the “World of” Tales from the Crypt, Necroscope, Species, and the original horror-noir setting of Bloodshadows. Perhaps the most notorious adaptation was The World of Tank Girl (though staff convinced owner Scott Palter not to pursue the Barb Wire movie license...). Few approached the same levels of success when compared to the sales of Star Wars Roleplaying Game products. One might link this to the level of interest gamers had in these licenses, but I’d note the complicated game mechanics discouraged fans from trying associated roleplaying games...whereas the cinematic streamlining of the system for the Star Wars game more easily drew fans into the adventure gaming hobby (though many fans simply bought the sourcebooks for the then-official setting information for their favorite galaxy far, far away). Meanwhile the Star Wars Roleplaying Game line was doing quite well. Where other products released material every few months, the Star Wars game line published three or four products each month. 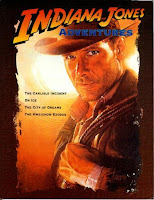 Eventually West End management realized the D6 System could exist separately from Lucasfilm’s Star Wars license. This change developed from turnover in the creative editorial staff, now dominated by people working on numerous Star Wars game products. When I signed on in the summer of 1993 I was one of only two people dedicated to editing Star Wars products, with two other editors working on other lines (one of whom served as “editorial director” of the department). By 1996 the staff shifted, with one non-Star Wars editor departing and several more signed on to work on Star Wars projects...and other evolving D6 System games. The company abandoned MasterBook and sought to develop new games and licenses using D6. The first title was a generic rulebook for the system, George Strayton’s The D6 System: The Customizable Roleplaying Game. While it set out the rules previously entwined with Star Wars terminology and that setting, it was a necessarily hasty effort to establish the D6 System as a separate rules set. It also lacked a setting to entice new gamers. West End quickly addressed that, releasing Indiana Jones Adventures (1996) – a collection of short scenarios (like the popular Star Wars supplement Instant Adventures) prefaced by a conversion of The World of Indiana Jones rules to the D6 System – and a timely game adaptation tied to the Men in Black film (1997). Strayton further refined and streamlined the mechanics in his Hercules & Xena Roleplaying Game (called the Legend System). The Star Wars Roleplaying Game line continued releasing three, sometimes four publications each month, including The Star Wars Adventure Journal I was editing. But the Star Wars Roleplaying Game Second Edition, Revised and Expanded (1996, but almost 1995...that’s another story) really set the bar high with production values. The 288-page hardcover book had full color throughout, something West End had never attempted before. Some books had spot color signatures interspersed among the black-and-white pages, most notably the famous in-universe advertisements in the two earlier editions of the core rulebooks. It was an impressive core rulebook for the company’s flagship game line, so stupendous an undertaking that the staff nicknamed it “super mondo.” In late 1997 we’d hoped to boost the D6 version of the Indiana Jones game with a similar “super mondo” treatment. The World of Indiana Jones was no longer a relevant core rulebook. Indiana Jones Adventures offered a rules conversion but wasn’t really a rulebook one could hand new players to get them started. So I drafted a proposal for a D6-edition of the Indiana Jones Roleplaying Game based on the successful format of Star Wars Second Edition, Revised and Expanded. My name appears as the byline on the document, but I’d like to think I incorporated ideas and comments from the entire creative staff at the time. (The book itself would have required staff contributions to make it through the production schedule on time.) The pitch focused on using the “super mondo” approach to Indiana Jones: full-color hardcover book; similar sections for players, gamemasters, adventures, and setting resources; plenty of color movie stills augmented with original pieces from artists like Stephen Daniele (“whose artistic touch helped make Indiana Jones: Magic & Mysticism stand out”); even a solitaire tutorial adventure by yours truly (if only a revised version of “Silver Horus” from my Raiders of the Lost Ark Sourcebook). Resources would have included some material from previous sourcebooks revised to the D6 format and additional material to fill out the setting, particularly from Indiana Jones and the Last Crusade, the only one of the three extant films that didn’t yet have its own sourcebook. “The ultimate goal is to include everything needed to play – rules and source material – in one book.... The Indiana Jones Roleplaying Game, Second Edition would be as much a game rulebook as a sourcebook for running adventures during this era of history.” Not terribly inspiring, I realize, but the core intent for a project modeled on one of the company’s most successful core Star Wars products.I finished the proposal in December 1997 (the “last updated” date on my file); it probably crossed Palter’s desk in January 1998. I vaguely recall handing it to him and chatting briefly about it, but nothing came of it. During the next six months the company entered a death spiral – despite staff efforts to promote games and management efforts to solve financial problems – and at the end of June Palter called everyone into his office to announce “Consider yourselves unemployed.” No doubt The Indiana Jones Roleplaying Game, Second Edition as outlined would have reinvigorated the game line and led to more supplements. It could never have come close to sales numbers for the Star Wars Roleplaying Game and it certainly couldn’t have saved the company from its dire financial straits. But it had the potential to promote more cinematic pulp gaming in the spirit that characterized both the Star Wars and Indiana Jones franchises. Just one more of the amazing possibilities that dissipated in the West End bankruptcy. 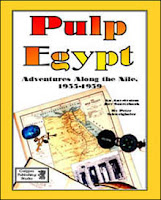 Addendum: Not all was completely lost. I’d long had an interest in Egypt of ancient times and the more modern Victorian and early 20th century periods. I’d written a proposal and manuscript for a Castle Falkenstein supplement, Maxwell’s Egyptian Diary, that never saw publication. So as I was drafting the proposal for the Indiana Jones RPG super mondo edition I started developing in my head a logical setting sourcebook to accompany it. A Valley of the Pharaohs sourcebook could cover many aspects of Egypt in the 1930s. It never coalesced into anything more than a few pages of notes and I obviously never wrote a proposal to pitch to West End. The idea sat in a drawer, abandoned over time and tainted with the resentment I felt at West End’s demise. After my Desperate Freelancing Years I decided to strike out on my own as Griffon Publishing Studio (thanks to the utility of the internet and PDF publications). My first project transformed the ideas behind an Indiana Jones Valley of the Pharaohs supplement into the system-neutral Pulp Egypt sourcebook. (I almost published it as a D6 System book, though at the time it was not free to use as an Open Game License.) It’s done well over the years and I’m still very proud of it. People still buy a copy or two occasionally on DriveThruRPG along with a host of free/pay-what-you-want adventures I’ve uploaded over the years. It’s the ideal pulp resource I would have wanted had West End Games ever published The Indiana Jones Roleplaying Game, Second Edition.