“Success depends upon previous preparation, and without such preparation there is sure to be failure.”

Occasionally I joke when people ask what games I’ve been playing lately: why, live-action Pandemic, of course, just like everyone else. Perhaps if more people had played Pandemic the board game they might have had a better understanding of the covid-19 crisis and more seriously considered some of the unexpected threats it poses to our society. Looking back over the last 18 months, however, I sometimes wonder how different, hopefully more effective, our response might have been if people and institutions at all levels had taken the time beforehand to learn to assess situations, form possible action and contingency plans, and explore possible outcomes through game-like exercises centered on pandemic response. 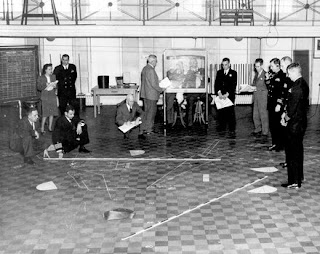 Looking back over recent history we can see how playing wargames helped prepare military forces for upcoming conflicts. Perhaps the best known example comes from the US Naval War College (NWC) in the years between the world wars. The resulting wargaming experiences not only caused the navy to revise its plans for a Pacific war with Japan – retiring a plan for a massive thrust across the ocean in favor of the island-hopping campaign that characterized that theater – but prepared officers headed to those commands for swiftly and effectively assessing developing situations and deciding on appropriate tactics. (Several books discuss the NWC wargames, including John M. Lillard’s Playing War: Wargaming and U.S. Navy Preparations for World War II.) 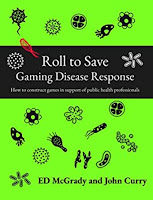 Since World War II a growing sector in the military and even civilian institutions have seen the benefits of gaming out possible scenarios. These “wargames” don’t simply focus on warfare but on emerging situations in a variety of fields affecting society: economics, pubic health, politics, natural disasters. Look at both the US and UK Connections conferences or the diversity of efforts at PAXsims to see what kinds of situations agencies explore through game-like experiences, what issues they face bringing wargaming approaches into mainstream acceptance, and what factors can influence various kinds of game experiences and their objectives. Numerous books discuss the benefits of wargames and related “matrix” games in professional environments, including Matthew Caffrey’s On Wargaming and Philip Sabin’s Simulating War: Studying Conflict through Simulation Games. The History of Wargaming Project alone publishes several relevant books guiding readers into crafting their own useful game exercises: Matrix Games for Modern Wargaming, Successful Professional Wargames, The Matrix Game Handbook, and the particularly relevant It Could Happen Tomorrow! Emergency Planning Exercises for the HealthService and Business and Roll to Save: Gaming Disease Response – How to Construct Wargames inSupport of Public Health Professionals.

These aren’t simply exercises with modern themes but practical tools in exploring developing real-world situations...and our response to them. A recent Washington Post commentary referenced “table exercises” exploring issues surrounding the evacuation of Americans and Afghan allies from Kabul. In an Aug. 23 briefing Pentagon spokesperson John Kirby said, “Even as recently as three weeks ago, before we actually had to conduct a noncombatant evacuation operation, the leaders in this building ran a tabletop exercise on what it would be like to run an effective [evacuation operation] out of Hamid Karzai International Airport, and we’re actually running that play.” Unfortunately, no plan survives contact with the enemy, but US forces were better prepared than if they hadn’t examined the situational factors through some form of wargaming beforehand.

These reports reminded me how such “wargames” can help prepare us for the future, not necessarily by exploring causes, relevant issues, and outcomes, but by broadening our perspectives and training our minds to examine, assess, and react effectively to different and evolving challenges. They give us similar experiences so we’re more adept at making an estimation of the situation, appreciating factors that affect that situation, and quickly formulating effective responses using the resource at hand. Exercises help train leaders and their administrations to assess evolving challenges and make decisions about effective responses. They learn to form plans and contingencies based on the resources under their control and the authority they possessed to influence the situation. People must prepare for both the fluidity of a situation and the flexibility of their response. 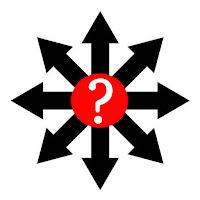 One of the things that frustrates me the most about America’s response to the covid-19 pandemic is the fact that the federal government had taken the time and effort to “game out” a potential virological crisis and formulate a plan for dealing with it. A previous presidential administration had done this to a good extent, with both a pandemic “play book” response plan and an entire office to deal with an emerging threat of disease...only to have a subsequent administration seemlingly throw out the book and disband the office (the office was folded into other national security offices, with less emphasis on a domestic pandemic and more on bioweapons response). When covid-19 began tearing through the population in early 2020 nobody seemed prepared to assess the emerging situation or make effective decisions (regardless of whether an office or play book existed). While the federal government waffled on whether or how to make a definitive response on pressing public health issues, state governments out of necessity responded in their own varying capacities, often issuing edicts that put the brunt of interpretation and implementation on poorly prepared localities. The subsequent 18 months of the pandemic demonstrated the wide range of responses – some effective, some problematic – to emerging issues beyond the virological pandemic in education, the economy, unemployment, workforce changes, homelessness, and, ultimately, politics. No doubt this often inconsistent response contributed to a general distrust of disorganized authority and hastily implemented makeshift solutions among a portion of the population. 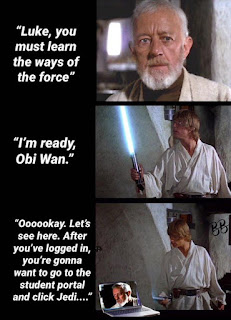 School systems in particular were caught off guard (some more than others) in adapting to the pandemic...and as a parent, our local situation serves as a good example of how some foresight gained from gaming out pandemic developments might have avoided a sub-par school year. Our locality was dealing with the same horde of sometimes contradictory influences: suggestions from federal agencies, edicts from the state level, agendas of political parties, and, of course, the desires of frustrated parents, some who wanted kids in school full-time, others who wanted them learning safely from home, and everyone in between. The resulting learning experience – both the last quarter in 2020 and the entire academic 2020-21 school year – was far less organized and involved than anything in a “normal” year. Given the reliance on online learning – either full-time or three days a week (with in-person learning in a masked, socially distanced classroom the other two) – parents had to shoulder a greater burden for daily studies; though as parent we’ve always tried to supplement our son’s public education with extracurricular opportunities, many, unsurprisingly, game related. Nonetheless I give our school administration – not the politically contentious school board – credit for professionally navigating the crisis, handling the inevitable setbacks and complications as best anyone could without having explored how to manage the unprecedented pandemic crisis beforehand.

How much of this chaos might school boards and administrators anticipated had they taken some time to “game out” the possible issues related to a pandemic that shut down vast swaths of society? How might bureaucracies at various levels – federal, state, local – reacted differently if they had previously seriously examined how they might respond to a public health crisis that required rethinking how we safely go about our daily activities? We’ll never know; but perhaps we might realize the value in speculating about future crises, gaming out how we might best respond, and training ourselves to quickly assess developing situations and implement effective solutions.

“There is no such thing as luck. There is only adequate or inadequate preparation to cope with a statistical universe.”