“A hero is an ordinary individual who finds the strength to persevere and endure in spite of overwhelming obstacles.”

For many Star Wars fans – especially the recent ones – West End Games Star Wars Roleplaying Game is all but unknown. Almost 25 years after its bankruptcy and two or three additional versions of a Star Wars roleplaying game later, most folks focus more on the latest Star Wars media, with roleplaying games taking a back seat to the latest movies and streaming series. But there was a time when West End’s game helped reignite interest in Star Wars, expanding the universe with a flood of continuity (some might say an unmanageable flood) and new ways to look at that galaxy far, far away beyond what we saw in the original trilogy. Much of that was cast aside after Disney acquired Lucasfilm – an understandable move given the daunting amount and variable quality of in-universe information to track – but some of us watch the recent Disney+ streaming series and crack a slight, pained smile when we recognize something West End created that managed to endure this long. West End didn’t simply amass vast piles of information to create a galaxy of continuity and verisimilitude; it expanded our sense of what was possible within the setting, the different characters we might find and the different stories they might tell. While the first edition core roleplaying game began this trend upon its release in 1987, subsequent publications pushed us to explore different corners of the galaxy. Heroes & Rogues was among the best of those products.

I had very little involvement with the project...and my memory’s a little fuzzy. My fellow editor Paul Sudlow worked with frequent freelancer Rick Stuart and a host of others to develop Heroes & Rogues (just look at the credits page and you might just find some familiar names), but I have a vague impression Sudlow was the greater driving force and creative power behind the supplement. I think it began as an idea to publish a book of additional character templates. Both first and second editions of the Star Wars Roleplaying Game included a host of templates players could choose and customize for their characters. First edition played it safe and presented templates for many stereotypes we saw in the original trilogy or in early novels and comics. Second edition pushed the bounds a bit, reprinted some core templates and added some new ones. Management liked the idea of a template supplement from a sales perspective. Where most game reference books might sell one copy to a group’s gamemaster, a book of templates would tap into the player market, theoretically selling a few copies to each active gaming group. (This was perceived as a constant issue for the roleplaying game industry at the time – maybe it still presents a challenge – that only one person in each group, the gamemaster, needed copies of the rulebooks while everyone else could share.) 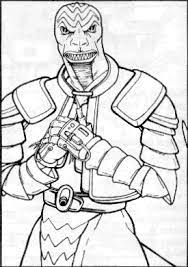 But the idea quickly started pushing the bounds of what West End had previously done with Star Wars. Certainly the sourcebook needed to present a host of Rebel and New Republic templates. But the universe had room for more than just tales of the good guys fighting the Empire. A host of templates for everyday citizens could offer some different perspectives, people sympathetic to the Rebellion, maybe loyal Imperials, even members of the Fringe looking to get ahead. Each had new possibilities in the kinds of adventures they might share. Some seemed mundane and quite in keeping with what one expects in Star Wars: the arms merchant, con artist, Jawa trader, outlaw tech, speeder racer, Wookiee bounty hunter. Others challenged us to look at integrating characters from a more diverse galaxy: the Barabel shockboxer, Bimm bard, Ewok shaman, industrial espionage agent, Mon Calamari professor, NewsNet reporter, xenoarchaeologist.

Why stop there? Sudlow took another risk – this time bucking Lucasfilm licensing’s concerns that Star Wars was all clean-cut, good guys versus bad guys action (and we don’t sympathize with the bad guys). What if we give players what they’ve been asking for? The ability to run Imperial characters. So Heroes & Rogues has an entire section not simply filled with Imperial character templates, but advice on running Imperial-themed campaigns: ones where characters question the Empire and start veering toward the Rebellion and ones where they bask in the glorious missions of the Empire. This alone was certainly worth the price of admission.

Heroes & Rogues challenged players to look more deeply at their characters, whether Imperial, Rebel, or independent. The book’s opening chapter offers numerous ideas on developing a character’s background within the scope of the Star Wars setting: homeworld, youth, former occupations, critical events, romance, contacts, enemies and rivals. The developers briefly considered a dedicated or randomized “life path” system like those used in Cyberpunk or Traveller, but they chose a more open, freeform approach that might better integrate player choice and setting continuity elements. A handy blank worksheet encouraged players to spend time developing their characters’ backstories. Every character element players could integrate into adventures gamemasters could use to help create more meaningful storylines. Ironic that a book filled with templates – stereotypical characters players could choose and quickly customize to jump right into the game – offered guidance in expanding that understandably streamlined expedient for a richer roleplaying experience. 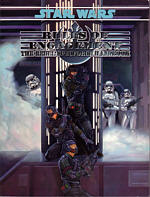 I don’t recall seeing sales numbers, but I’d daresay Heroes & Rogues was among West End’s best-selling Star Wars Roleplaying Game supplements. Maybe more players bought it than would purchase sourcebooks meant for the gamemaster’s eyes only. No doubt gamemasters bought it for their own reference and inspiration. It was one of the most solidly designed, universally useful books West End produced. (And it somehow managed to get through Lucasfilm’s approvals process, no doubt with some adjustments here and there.) It was so popular it paved the way for more specialized player sourcebooks exploring other aspects of the Star Wars setting: Timothy O’Brien’s Pirates & Privateers for pirates; Eric Trautmann’s Rebel SpecForces; and my own Platt’s Smugglers Guide. If you wanted to play a campaign of space pirates or special forces operations in Star Wars, you bought those corresponding supplements. (I’d argue Platt’s Smugglers Guide did a fair job of it, but early on most players grabbed Galaxy Guide 6: Tramp Freighters, arguably one of the earliest sourcebooks breaking the Rebels versus Imperials mold.) SpecForces was, perhaps, the most anticipated release...and regrettably the last one right before West End declared bankruptcy. 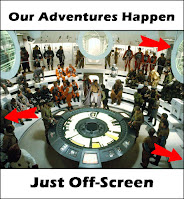 As we consume mass quantities of Star Wars like never before, we see echoes of this legacy of exploring other characters and their stories in the wider universe. Certainly the Rebels and Clone Wars animated series proved this approach had traction, especially when tying them in with mainline characters and events. The live action series have certainly created memorable protagonists secondary to the core Star Wars characters yet resonating with viewers as people making their way in the greater universe whose stories are heroic and engaging in their own way. Certainly West End Games wasn’t the only entity to pioneer this approach; but it’s refreshing to see it play a larger role in today’s Star War media after years focusing on the core heroes.

“‘Good guy’ or ‘bad guy,’ hero or anti-hero; doesn’t matter to me, what role I play, only the character have something magical.”