Crafting A Roleplaying Experience for Kids

Many gamers who entered the hobby during the “Dawn of Roleplaying” (otherwise known as “The Early Eighties”) who start families seek to expand their gaming opportunities to include their children, sometimes as an offshoot of existing gaming activities and other times to rekindle a hobby set aside in the course of handling a deluge of adult responsibilities. While various companies have published many “introductory” roleplaying games over the years, most focused on luring fans of game worlds (including kids) into the companies’ mainstream game lines. These don’t always work right out of the box -- usually having a roleplaying savvy gamer among the players helps -- and the rules and/or the setting aren’t always ideal for introducing children to roleplaying games, especially particular groups of kids exploring roleplaying games with a parent-gamemaster. 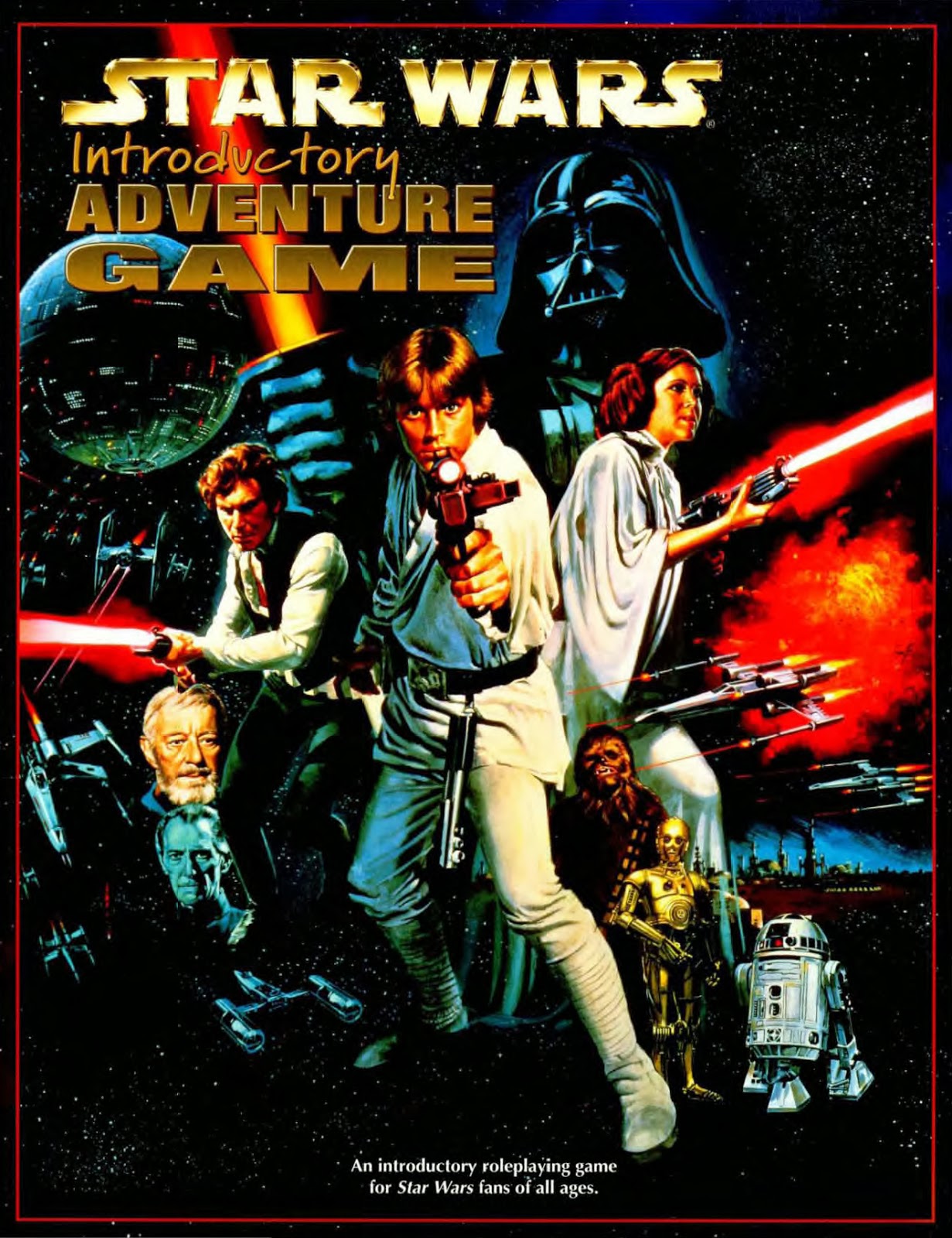 Generic game systems best lend themselves to this process, though gamemasters with time and a keen analytical mind can distill the mechanics out of any setting-specific game and port them to other genres. Some very good child-oriented roleplaying games exist, though these, too, benefit most from an involved parent-gamemaster.

Whether using a game system specifically designed as “kid friendly” or adapting an existing system meant more for “adult” players, parent-gamemasters might keep this “formula” in mind:

Note the setting comes first; that’s the teaser for kids. Few children want to play games with complex mechanics without the promise that the adventure setting offers some fulfilling rewards. The setting may be original or based on a popular media property that captures children’s imagination and attention. Most parent-gamemasters who entered the hobby through some iteration of D&D channel their enthusiasm for the dungeon-delving, hack-and-slash genre to their kids. Some children like medieval fantasy dungeon adventures with elves, dwarves, goblins, and treasure. Others might prefer typical science fiction adventures. Many prefer to explore specific settings based on well-established and appealing licenses that captivate kids’ attention; they want to play in the world they read about in books, see in films, and watch on television, visiting the same locations, fighting the same foes, and engaging in the same kinds of misadventures.

The rules should be familiar to parent-gamemasters to the point they can easily distill core elements -- character generation, combat/skill tests, adventure elements -- into a meaningful game experience appropriate for the age of children joining the game. Parent-gamemasters might follow a philosophy of emphasizing action, character, and setting, with the rules as a secondary storytelling aid. Taking the part of gamemaster requires serving as both game moderator and rules encyclopedia so players don’t have to worry about knowing all the rules. In his recent reflections on the Tom Moldvay edited Basic Dungeons & Dragons, Al at the Beyond the Black Gate blog noted that “Having fun = Not worrying about the Rules,” at least from the players’ perspective. That premise should serve as the foundation as a parent-gamemaster crafts a roleplaying game experience for a younger audience, whether distilling existing game systems to their level or explaining rules during play.

As children grow into the system and understand its nuances one can always increase the complexity of the game system by slowly adding optional rules left out from initial play, as agreed upon by everyone involved. Remain open to the philosophy the recently released Lego board games always include, an interesting concept regarding modification of existing rules engines: “The secret to changing a game is to change only one thing at a time. That way, you can see if the change makes the game more fun. If it does, keep it and then try another. Changing a game is always more fun when done together. That way everyone knows the rules and knows what is being changed.”

Several game systems stand out as ones ideal for customizing to a children’s introductory roleplaying game experience. Some include iconic game elements from our own youth -- like polyhedral dice, classic terminology, hack-and-slash dungeon crawls -- while others continue pushing the boundaries of innovative game design in concise formats ideal for busy parents with little free time on their hands. All these recommendations assume an adult with experience running roleplaying games shepherds kids through the game processes, from creating characters (or pregenerating them) to teaching rules and leading them through some basic adventures. Some are genre-specific, others are generic and require more work to customize the systems to a setting that engages children’s interest and imaginations.

Any Dungeons & Dragons Starter Set: Why re-invent the wheel? Start with a streamlined version of any D&D starter set (and I’ll include the Pathfinder Roleplaying Game Beginner Box here, too). Longtime gamers might still have some version of an original Basic Dungeons & Dragons rulebook gathering dust on their shelves, and the current D&D starter sets have the benefit of a low price point compared to other professionally published games. One might also try one of the numerous D&D retro-clone like Swords & Wizardry, Warrior Rogue Mage, or Labyrinth Lord (though I don’t consider Old School Hack in this category, as it’s more a hybrid of retro-clone merged with some innovative new gaming concepts; see below). While the rules for D&D-style games might seem complex for kids, a good parent-gamemaster can distill the essentials into a playable format while retaining some of the iconic concepts and terminology like hit points and armor class.

Old School Hack: Those seeking a D&D-style play experience with some innovative rules and presentation might check out Kirin Robinson’s Ennie Award-winning Old School Hack (available in free PDF format online). While it simulates “old-school” gaming, the game actually incorporates some intuitive, innovative rules. The graphically appealing and well-organized layout makes each page feel like a quick-reference handout, from the actual character sheets and class descriptions to sections explaining combat rules, monsters, and treasure. The visual representation of each character’s actions in the combat round by either cards or the hex arrangement can help younger players understand the tactical advantages of taking certain actions before others and the importance of resolving challenges through a set sequence. (I’ve gushed about Old School Hack in a previous Hobby Games Recce dispatch….)

Risus: The Anything RPG: S. John Ross’ key contribution to the collective roleplaying game evolution stands as a basic game framework one can easily customize. (It's also availible online for free.) Players define characters with clichés to which they assign dice, which they roll to succeed against challenges and lose as “hit points” of a sort. The concise, intuitive rules take very little time to read, comprehend, and customize to nearly any setting. Parent-gamemasters can help kids understand the concept of clichés, but once they do, and can use them to craft a character, they can learn how to justify using them for various tasks, especially those not usually associated with a  given cliché…which is part of the fun behind Risus. Subtle nuances in optional rules allow for more storytelling and character depth using “hooks” and “tales,” and greater game power by “pumping” die rolls or using “funky” dice. Those using Risus have a wealth of resources available from the game’s active online fan community, which releases material ranging from the generic to the setting-specific. (I’ve talked about Risus in the context of short and sweet roleplaying games in a previous Hobby Games Recce dispatch….)

D6 System: In any of its incarnations -- from the classic D6 Star Wars Roleplaying Game to more contemporary iterations like Cinema6 and Mini Six -- the D6 System remains an intuitive, easy-to-learn roleplaying game one can quickly customize for younger players. Mini Six in particular lends itself to customization across genres in its overall presentation and approach, and encourages parent-gamemasters to pick and choose which rules options they prefer for various mechanics. (As a fan of the D6 System and its various incarnations, I’ve briefly discussed Mini Six in a previous Hobby Games Recce dispatch….) Since the D6 System remains available through an Open Gaming License arrangement, one can find many materials, from rules sets to entire settings, free online.

Introducing children to roleplaying games has swiftly become a trend in the adventure gaming community, as demonstrated by a surge in online discussions, game materials, blogs, and free or for-pay products. DriveThruRPG and its affiliates recently highlighted the host of games it offers geared toward children, and a site search for “kids” reveals a host of possibly appropriate games ranging from those tailored specifically to young kids’ interests and abilities and those with child-like settings they might find engaging. A general internet search for “kids D&D” or “roleplaying with kids” returns a flood of results -- more than most humans can meaningfully comprehend -- demonstrating my firm belief that the internet has caused such an exponential explosion in the sharing of ideas that it threatens to overwhelm humanity’s collective sense of reality.

Most of the recently released games cater to parent-gamemasters seeking to introduce their kids to roleplaying games the way they first began…with old-school renaissance retro-clone-style hack-and-slash, dungeon crawl action. Some, like the Warriors Adventure Game mentioned previously at Hobby Games Recce, tie the game to a particular setting, and others, like Argyle & Crew, use original premises that relate directly to the rules. These more recent entries require more exploration on my part (and thus more time than I have at the moment) before I can knowledgeably discuss them; but they’re worth investigating yourself and watching for future developments:

rpgKids: With claims kids as young as four years old can play it, rpgKids seems ideal for introducing young children to a very basic roleplaying game experience. Creator Enrique Bertran packed the rules, introductory scenario, character cards, and hero/monster tokens into a 24-page PDF rulebook; and one can purchase the rules bundled with the Adventure Pack (four scenarios plus related maps and tokens). Wired’s GeekDad column offered some first-hand insights on the game in a recent feature. Definitely on my list of things to explore as time allows.

Argyle & Crew - Soppet Adventures: Another game claiming kids as young as four years old can play it, Ben Gerber’s Argyle & Crew links gameplay to physical sock puppets (the eponymous “soppets”), whose physical properties, as created by children, serve as the character sheet. The soppets help break down barriers of play acting and encourage imaginative play. Wired’s GeekDad column offered some first-hand insights on the game in a recent feature.

DungeonTeller: A basic roleplaying game experience geared toward kids, Dungeon Teller is available free through author-illustrator Doug Anderson’s Blue Boxer Rebellion blog (which also explores elements of early D&D in the context of both the old school renaissance and games for kids). The early version rules set includes iconic character classes for kids to play, with lots of special abilities, an innovative luck/hit point system, and the chance to roll handfuls of dice. Anderson posts updates and expansions for the system on his blog, along with artwork he’s rendering for a new version and entertaining insights on D&D. Definitely a work-in-progress worth following.

As always, I realize I’m overlooking some very worthy entries in the recent spate of introductory roleplaying game resources for children. This missive isn’t meant to be a comprehensive survey or encyclopedia of such games, only a brief overview and cursory exploration. I’m always interested in hearing about new developments in all aspects of the adventure gaming  hobby, so please don’t be shy about dropping me a line with suggestions.
at 9:57 PM