The Price of D&D Next

Last week word reportedly leaked out through a pre-order page on Barnes & Noble’s website that Wizards of the Coast/Hasbro’s next iteration of Dungeons & Dragons – tentatively called “D&D Next” in its seemingly lengthy design and playtesting phase – would cost $50 for the Players Handbook. Assuming this leak contained any degree truth, this presumably means the other two books in the D&D rules “trilogy,” the Dungeon Masters Guide and the Monster Manual, would also come with a similar price tag, theoretically bringing the overall price for all components necessary to play the game to $150. 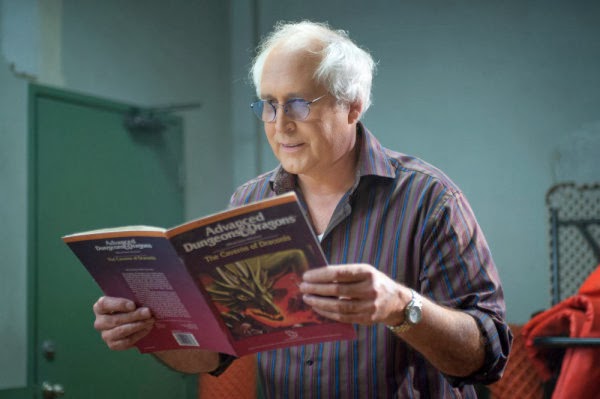 The pre-order page has since been withdrawn. Was it a legitimate mistake on Barnes & Noble’s part? Was it a clever test to gauge reaction to a $50 price? No doubt the adventure gaming population has been following and discussing this development, eagerly awaiting more official details hopefully justifying the cost, particularly page count and contents. One assumes in today’s roleplaying game publishing market the books will all release as full-color hardcovers, though the page count remains to be seen and, no doubt, judged in relation to the $50 price.

(As a side-note, yet more relevant to my own intetests, the next edition D&D Starter Set faces similar uncertainty, with a $19.95 price tag for contents unknown at the time, though such an “introductory” price isn’t as much of an issue.)

Members of the adventure gaming hobby have long waged the debate over what’s a reasonable “buy-in” for games of all kinds, from roleplaying and board games to traditional and miniature wargames. While perusing one of the numerous online gaming community forums I noted someone’s comment that $50 seems the pretty standard minimum buy-in price for any adventure gaming hobby these days. They’re probably right, but that’s $50 for enough of a game to get started and have at least some time for a satisfying game experience before buying supplemental material to fuel the game.

What’s a reasonable buy-in price for the next edition of the game that gave birth to an entire roleplaying game industry, a game with once-infamous brand recognition that still defines the hobby?

D&D Next, whatever the price, must overcome several obstacles to attract customers (and players) to pay whatever buy-in Wizards of the Coast/Hasbro finally chooses: a price tag commensurate with similar games with the hardcover, full-color production standard; the requirement (presumably) of three books to purchase at that price to fully enjoy the game; a plethora of competing games offering a similar play experience for a lower price; and gamers’ usual wide spectrum of preferences for particular game mechanics and play style, which this game may not satisfy.

Hardcover, full-color core rulebooks remain the standard in the adventure gaming hobby today. For instance, Monte Cook’s fantastic Numenera cost me $60 through the Kickstarter campaign to get the physical book – a hardcover volume filled with an extravaganza of inspiring artwork and relatively intuitive and helpful layout – though this also came with a plethora of similarly high-production-value PDF supplements and extras. Even rulebooks for some of the more popular miniature wargaming systems maintain these high production standards with the associated price tag. D&D Next must justify any comparable price with a high perceived value of its contents.

Since its birth the Dungeons & Dragons game has adhered to a multi-book presentation. It quickly solidified around the three core aspects of the game: a book for players, one for gamemasters, and one packed with monsters. Although some roleplaying games have since adopted this multi-book approach, many focus on a single, high-quality core rulebook with an appropriately high price tag. Theoretically, as with most roleplaying games, a game group only needs one copy of each tome, primarily for the gamemaster’s use, with the books passing from one player to the next for reference or character development ideas. From a practical standpoint, many gamers prefer to own the rules of games in which they’re involved.

Since the Open Game License enabled publishers and fans to release their own games based on many elements of the groundbreaking third edition of D&D in 2000, the adventure gaming hobby has seen a flood of d20-related product. Consumers helped sift out what many considered the dreck and propelled several lines into immense popularity. The release of fourth edition D&D in 2008 came without an Open Game License to permit such independent creative efforts. It so significantly restructured the game that a rift formed between fans of the latest two editions. Capitalizing on this schism and the privileges of the Open Game License, Paizo Publishing developed the Pathfinder Roleplaying Game, offering a similar third-edition experience to gamers who felt fourth edition did not meet their needs and tastes. (Paizo previously released D&D third edition materials under license from Wizards of the Coast, including Dragon and Dungeon magazines, and retained a number of former Wizards staff who were instrumental in the third edition development.) It became so immensely popular that some claim Pathfinder has in recent years equaled or even exceeded sales of D&D products.

The Open Game License also opened subsequent editions of D&D to additional competition. A host of fan game designers returned to the game’s roots in D&D’s earliest editions in what came to be known as the “old school renaissance” of “retro-clone” games which emulated that cherished, earlier game experience. Many are available for free or low-cost; they’ve since garnered a sizable, vocal, and creative following of devotees who may not want to pay for the latest iteration of a D&D they’ve tailored to their own tastes. None of these developments with competing fantasy roleplaying games bode well for D&D Next to make an overwhelming impact on the market, particularly with the high price expected for a trio of high-production-value rulebooks.

Wizards of the Coast/Hasbro hopes to capitalize on brand loyalty, a nostalgic appeal, and the hopes of some innovative game mechanics, all elements working in the new edition’s favor. What will win out over the game’s final price tag – and what impact D&D Next may have on the gaming community and the corporate bottom line – only the future can tell. I’m in no position to tell Wizards of the Coast/Hasbro how to run their company, nor do I care to make predictions for a fluid future for D&D based on a marketing strategy and the whims (and budgets) of a mercurial gamer population. It’s worth watching how this pricing drama unfolds so perhaps we as consumers – and others as publishers – might learn something from this approach with a brand that has long been the cornerstone of the adventure gaming industry.

Will I Buy It?

I doubt it. The possible $150 buy-in price remains too high for me. My gaming tastes have changed away from rulebook-heavy games to lighter fare. Don’t let my personal preferences sway you, though – everyone’s mileage may vary – but here are some insights on my decision.

I’m a gamer who’s proud of his geeky involvement with D&D over the years. I began playing D&D in the early 1980s, arguably the “Golden Age” of roleplaying games. I still own my copies of the three first-edition rulebooks with a host of supplements and modules, as well as my cherished D&D Basic and Expert rules. Frequent readers know I have a nostalgic spot for games I discovered during my youth. Although I didn’t get involved in TSR’s second edition D&D while I was distracted by college and early professional life, I bought the D&D third edition books when they released for a number of reasons: the $19.95 price tag for each was relatively affordable; I had the possibility of doing some freelance writing for the numerous Open Game License publishers; I had a nostalgic interest to see where the game was going; and, I’ll admit that, like many gamers at the time, I was curious how Wizards of the Coast would advance the D&D brand and eager to try the next iteration after so many years under second edition.

I rarely spend $50 on a single game purchase these days, let alone $150. Perhaps my biggest single-game purchase lately was the aforementioned Numenera, more for the uniqueness of the setting and the promise of innovative game mechanics (though the fantastic production values and host of PDF supplements helped). If I want to engage in medieval fantasy roleplaying games I have plenty to choose from that are probably more to my taste these days: those geared for play with kids; systems I know and love and can easily adapt to a fantasy setting; and a host of mostly free old-school renaissance “retro-clones” which seek to simulate or build upon the D&D Basic and Expert games I preferred to the more official, “advanced” rules.

Few other games – quite possibly no other games – approach the adventure gaming industry stature of Dungeons & Dragons. It’s still a part of my gamer identity and remains on my radar as a follower of the adventure gaming hobby. I wrote about my interest in D&D Next news almost two years ago, when Wizards of the Coast announced the project and put it into “open” development playtesting; re-reading that missive I realize my views really haven’t changed. Like many fellow gamers I’ll watch developments in Wizards of the Coast’s re-launch of the most celebrated roleplaying game brand in the industry.


Want to offer feedback? Start a civilized discussion? Share a link to this blog entry on Google+ and tag me (+Peter Schweighofer) to comment.
at 7:34 AM