A Hobby of Tinkers

Gamers of all stripes tend to fiddle with their material to some degree. Tinkering only seems natural in a hobby with such imaginative games and numerous rules systems for achieving different play experiences. After running some games by-the-book, gamers start taking rules into their own hands to customize the experience to their play styles, audience, and personal vision for a game. 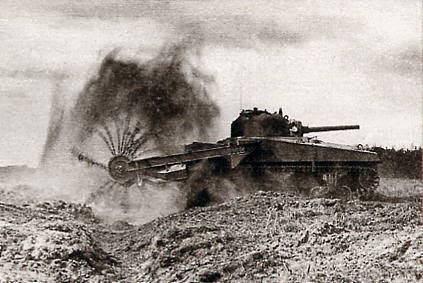 Merriam-Webster defines the verb form of “tinker” as, “To repair, adjust, or work with something in an unskilled or experimental manner,” with the noun form of “tinker” being one who engages in such activity.

The adventure gaming hobby not only relies on some imaginative game mechanics and themes across its various forms, but attracts creative, intelligent, and critical individuals who have no qualms about imposing their own adjustments on existing games. Some gamers customize existing settings and scenarios for their own gaming table, while others completely rework rules and campaign worlds, adding their own imaginative interpretations on published material to craft games emphasizing a particular style of play or thematic elements. Some games offer optional or advanced rules individual gamers decide upon using right at the game table. Others tinker with existing rules after extended p lay reveals deficiencies in procedures or more efficient ways of resolving conflicting game elements. Really ambitious gamers take a much-played game and decide to run with their own visions for its design, in the process creating an entirely new game inspired by but quite different from the original.


For some this seems to happen all the time, albeit at very superficial levels. At convention games where I’m running a game using West End Game’s iconic D6 System players often ask me if I’m using the “Wild Die,” a critical d6 among a player’s die pool that can indicate a catastrophic failure when rolling a one or an extreme success when rolling a six. (I almost always avoid the Wild Die since results can fluctuate drastically within the die pool.) I’ve “house ruled” Jedi powers in the Star Wars Roleplaying Game; instead of Jedi having access to all powers within their particular discipline of control, sense, and alter, I give them a list of starting powers they know from past study or a former mentor. This not only limits their power but reduces the number of spell-like powers with which players must familiarize themselves. Such small “house rulings” happen all the time at roleplaying game tables around the world to customize the play experience to a group’s style and the gamemaster’s vision of what rules remain central and which could work more smoothly in their own estimation.

Sometimes a game’s mechanics seem fine but – in the eyes of a gamer – could use some adjustment for perfectly logical reasons. For instance, I’m fond of taking miniature wargaming rules and messing with the scale. I’ve played French and Indian War rules intended for 15mm or 25mm and used appropriate 54mm soldiers from Armies in Plastic, which look good on the wargaming table yet consistently use movement and range measurements intended for the smaller scales; I just don’t have 25mm painted, period metal miniatures that would work. Sometimes gamemasters in old-school-style games make choices about character creation – such as how players randomize or choose stat values, or whether they should randomly roll or maximize hit points – to alter survivability levels for starting characters.

I’m reading a reprint of Donald Featherstone’s War Games I received as a Christmas gift and immediately started tinkering with rules in my head. Featherstone stands out not only as one of the founders of modern miniature wargaming but as one who advocated basic systems and easily grasped rules. Aside from seeking his insights on miniature wargaming issues, I’d hoped to find some guidance in mechanics for running different period engagements; the book offers guideline for running battles in the ancient, horse-and-musket, and modern periods (all relevant to my varied wargaming interests in ancient Egypt, various continental American wars, and World War II). Even as I’m reading and grasping his revelations on rules he devised for various periods I’m already thinking, “Hmmm, I like how he handled this, but if I changed this rule to work another way and re-interpret this one to another historical period....”

Solitaire gamers tinker with rules all the time in an effort to transform group games into solo endeavors through a variety of techniques dependent on the game form. Wargamers create rationales for the “Artificial Intelligence” behind opposing forces, fog-of-war mechanics for hiding enemy troops behind false markers on miniature wargaming tables. Roleplaying gamers work with random tables, story dice, and tools to generate unexpected plot and character developments. My work on Schweig’s Themed Dungeon Generator came about in part from my dissatisfaction with several systems for creating randomized dungeons for my own solo roleplaying needs. I recently tried playing Collins Epic Wargames’ Spearpoint 1943 card game solitaire; while I didn’t alter the core rules governing play between two opponents, I drafted a detailed rationale prioritizing the non-player’s actions in terms of committing units, using Command Cards, and targeting my own units.

Several fields within the adventure gaming hobby tend to discourage tinkering, emphasizing the game’s published incarnation as the only permissible one for play. These primarily include Euro-board games and any game relying on organized play. Board games (and many card games) rely on standardized rules governing player actions, leaving very little room for modification without throwing off the game’s inherent balance mechanisms. In a similar sense games intended for organized play rely on standardized rules to provide a level playing field in tournaments. Personal tinkering disrupts the game’s baseline and contradicts the “standard operating system” of rules governing the group play experience.

A Legacy of Tinkering

The adventure gaming hobby has a long legacy of tinkering going back to the earliest days of games. Peruse R.C. Bell’s Board and Table Games from Many Civilizations (1969) – my standard handbook on traditional board games – and one realizes people have modified abstract board games across different civilizations throughout recorded history.

The earliest wargames – arguably von Reiswitz’s Kriegsspiel and H.G. Well’s Little Wars – were “homebrew” collections of rules by amateur gamers that spawned an entire hobby of creator-published and gamer-adjusted rules. The various histories of Dungeons & Dragons document its growth from modified miniatures wargames into rules approximating our current concepts of roleplaying games through individual efforts and tinkering at the gaming table. Nothing says “tinkering” like mimeographed copies of rules originally hammered out on manual typewriters.

Even after roleplaying games got their “official” start with saddle-stitched, digest-sized booklets and even hard-cover rules tomes designers seemed to leave players on their own in both rules interpretations and scenario/setting creation; heck, the original creators of Dungeons & Dragons initially intended only to release rulebooks and believed gamers would create their own adventures and campaign worlds. Numerous fanzines and house-organ magazines, including the venerable Dragon Magazine, provided forums long before internet venues enabled tinkerers to debate mechanics, post rules variants, and even publish entirely new games.

Throughout the history of the adventure gaming hobby designers and companies have emerged driven by the basic idea of creating a game in a field where they felt they could have greater success by their own interpretation of rules and setting. Steve Jackson left Metagaming to form Steve Jackson Games based on some of his core creations. Scott Palter supposedly founded West End Games to publish chit-and-board wargames that he wanted to play. Numerous laid-off designers and staffers from TSR and Wizards of the Coast moved on to develop their own visions of ideal fantasy roleplaying rules and settings (among other genres). One might argue that the entire Old School Renaissance movement (OSR) stems from an urge to tinker with earlier fantasy roleplaying rules, a process enabled by the revolutionary Open Gaming License.

The Internet Age – along with the Open Gaming License – has lowered the difficulty threshold for fans, independent designers, and others to create and share their own tinkered variations and original games. Some seems extremely professional, other material looks amateurish; yet gamers can find what best suits their interests in genre and play style and incorporate it into their own games...further tinkering with modified bits produced by gamers from around the world.


Want to share your opinion? Start a civilized discussion? Share a link to this blog entry on Google+ and tag me (+Peter Schweighofer) to comment.
at 7:24 AM