Revising the Any-System Key for OSR

Years ago I designed a simple, system-neutral framework enabling me to describe game stats for characters and creatures – as well as difficulty levels for various tasks – without committing myself to a single game engine. I called it the Any-System Key. It fit it on two pages, one for the basic concepts and the other a kind of worksheet for listing relevant skills and translating difficulty numbers (a third page added later offered some sample stats across genres). The system focused on using basic skill descriptions and three levels of adversaries (henchmen, boss, and mastermind) to give gamemasters some guidance adapting these notes to their preferred game system. The Any-System Key worked fine for the game material I was writing at the time, primarily pulp content like Heroes of Rura-Tonga and Pulp Egypt, using game engines like the D6 System that relied heavily on skills and difficulty levels to define play parameters.

But now I’m considering designing some supplements in the medieval fantasy genre, something more compatible with the class/level system of Dungeons & Dragons and the numerous retro-clones made popular over the last few years by the Old School Renaissance movement (OSR).

Like the Any-System Key, the OSR version seeks to describe characters, creatures, and other difficulties (such as those corresponding to saving throws, thief skills, and turning undead for clerics) in broad terms, providing enough material so gamemasters could port such setting concepts into their preferred OSR-style game engine.

Such a project differs greatly from the original Any-System Key. Early roleplaying games often relied on the core concepts of class and level to determine combat abilities, the most significant and frequently used mechanic; while later iterations of Dungeons & Dragons branched out to include mechanics for skills, they still focused on the central combat mechanics. (Traveller was perhaps the first roleplaying game to use a purely skill-based system.) The numerous OSR games employ some major changes from the core mechanics (ascending or descending armor class comes to mind) and many subtle variations, each creating its own flavor and complexity of the original material. This complication – and the sheer number of OSR games that exist, even though several enjoy serious popularity – deterred me from relying on any one OSR rulse set and steered me back toward a generic, system-neutral means of describing stats for gamemasters to customize to their own games.

Rather than define a tiered skill system and difficulties, I’m faced with somehow describing traditional fantasy gaming stat terms in ways gamers can easily translate into their preferred OSR game. One naturally begins with the stat block itself. I look at what information a typical stat block conveys, in general terms: character/creature name and level/hit dice, armor class, attack type and damage, special abilities, sometimes a movement rate or morale score. How do I distill those into general terms so gamemasters can read my stat block and know what game-specific scores to assign? 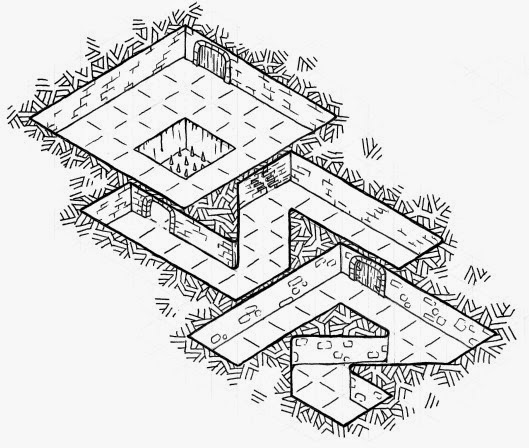 Most of these elements can transcend the numbered stats and game-specific terminology and rely on textual descriptions. Armor types correspond with specific game descriptors and values for different levels of armor class; attacks similarly match the equivalent weapons and their damage dice along with the creature’s level. Instead of listing a weapon and specific damage dice, I simply note the weapon type. Rather than quantifying an armor class (ascending or descending), I just describe the armor. Listing any relevant skills or special abilities follows the same trend, offering them as “tags” for linking them with existing skills in a specific game. In all these cases, gamemasters simply read the character stat description and correlate it with their preferred game’s system values. If a character wears chainmail, they know – in the context of their game – what stat value corresponds to chainmail.

The real challenge comes in describing monster hit dice or character level, especially since that factors into deriving such stats as hit points, combat bonuses, and saving throws. Here I defaulted to the original Any-System Key’s three-tiered system for defining a character’s general purpose as henchmen, boss, or mastermind. Each of those designations carried some basic limitations in the number and proficiency of skills; henchmen, as mooks or cannon fodder, had a few basic skills and one expert skill, while boss and mastermind characters had higher potentials for skills. I found some inspiration in the origins of the OSR movement itself. The Dungeons & Dragons rulebooks (not the AD&D trilogy of rulebook tomes, but the boxed sets through which many gamers entered the hobby) released in five tiers covering ascending ranges of character levels: basic, expert, companion, master, and immortals. I compromised and decided to stick with a three-tiered system, yet offering suggested level ranges. The OSR version of the Any-System Key now defines characters and monsters as Basic (levels 1-3), Expert (4-9), and Master (10+) so gamemasters can better fit them – with a great deal of flexibility – into an existing game engine framework. 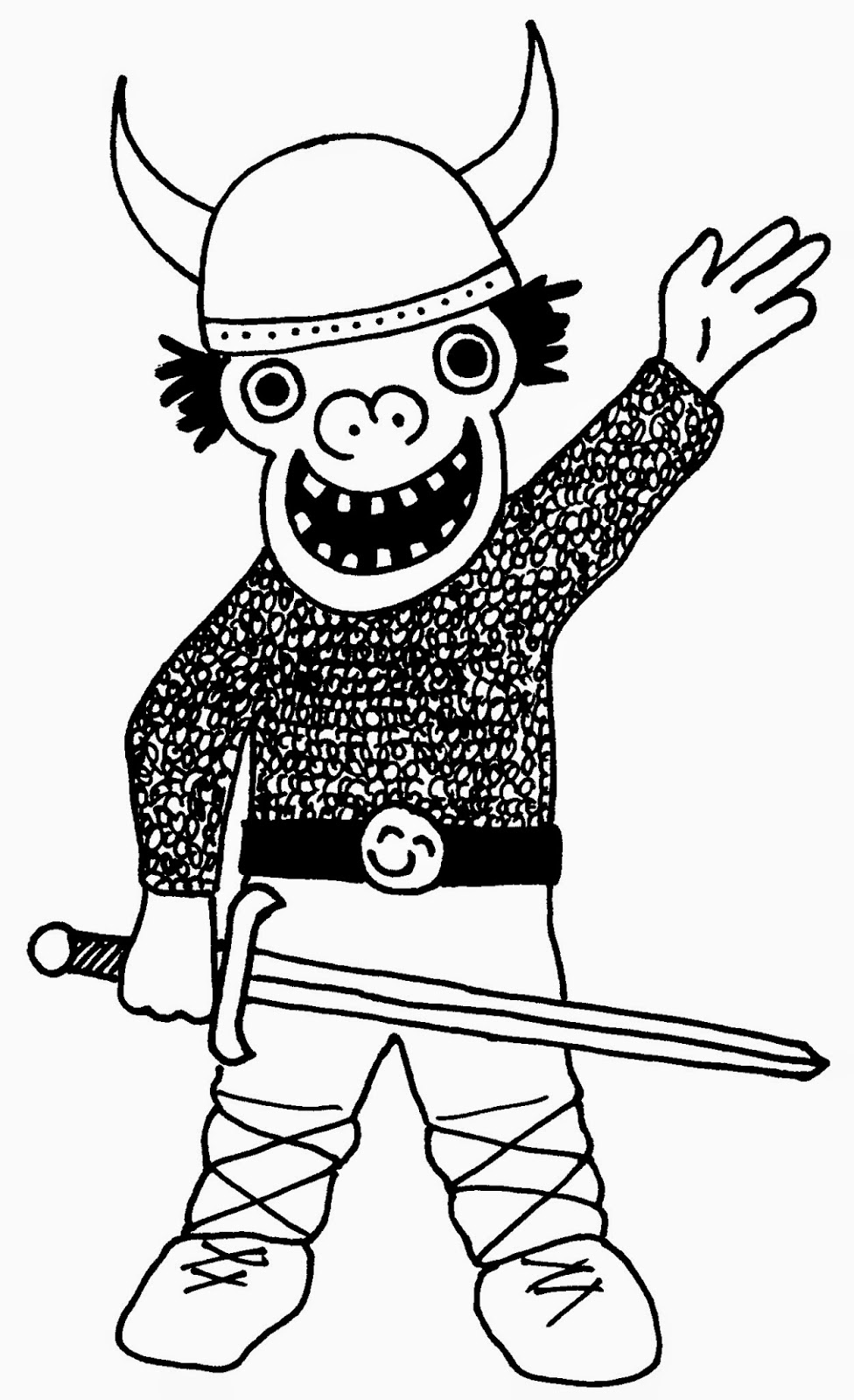 Let’s put this theory to the test reverse engineering a typical abbreviated stat format from Basic D&D’s B2 The Keep on the Borderlands into Any-System Key OSR descriptors:

Extrapolating information from various stats (such as AC 6 representing leather armor and a shield), we get the Any-System Key OSR format:

Granted, this doesn’t include notations for movement rates or morale, though in reverse translating these into specific game stats one might default to the game’s values based on the creature name.

But the real test comes in porting descriptors from the Any-System Key OSR format back into stats for a specific OSR game:

Granted, much of what I’m “translating” here comes right out of the Basic D&D “Monsters” section. Simply indicating in an encounter or setting the presence of a gargoyle prompts a gamemaster to check his rulebook, though with some minor variations; for instance, astute readers might notice I’ve left off the “horn” weapon in the Any-System Key OSR stats above and thus left it out of the Basic D&D stats as well.

I’ll admit the system needs some tinkering. Morale remains an issue I might address, though I’d hate to complicate what I feel remains a fairly simple system with another tiered classification system like Basic/Expert/Master designating monster level (I’m thinking of a fickle/moderate/determined classification). I should also consider whether I should include a few blank lines after such descriptions for gamemasters to jot stat notes for future reference. When I’m all finished I should format this for inclusion at the back of system-neutral setting material and adventures as well as on the Griffon Publishing Studio website for general dissemination. And ultimately I need to start using it when drafting the original OSR-style setting and adventures simmering on the back burner of my mind....

Note: The wonderfully evocative OSR logos above were produced by Stuart Robertson and Dyson Logos, two creators who’ve greatly enriched the OSR movement and gaming in general with their contributions. The crazy-happy goblin illustration was rendered by Schweig.