Playing Yourself in Games

Gaming is an escapist hobby. We play games for recreation, as a break from the many real-world challenges we face every day. Sure, sometimes we play games to educate, to pursue an interest in history or some other academic field. But for the most part, for many players, and certainly in our society, games fall under the non-essential recreational category. The fantastic worlds within roleplaying games offer a chance not simply to explore a new and exotic setting but to examine our selves through aspects of characters with amazing abilities far beyond our mundane, everyday selves. Occasionally a roleplaying game offers the chance for players not to run a fantastic persona but a character based on their actual self. While this seems like an interesting exercise – even a possible campaign premise – it’s not one for someone like me who doesn’t like mixing my fantasy with reality, even in a recreational pursuit like roleplaying games. 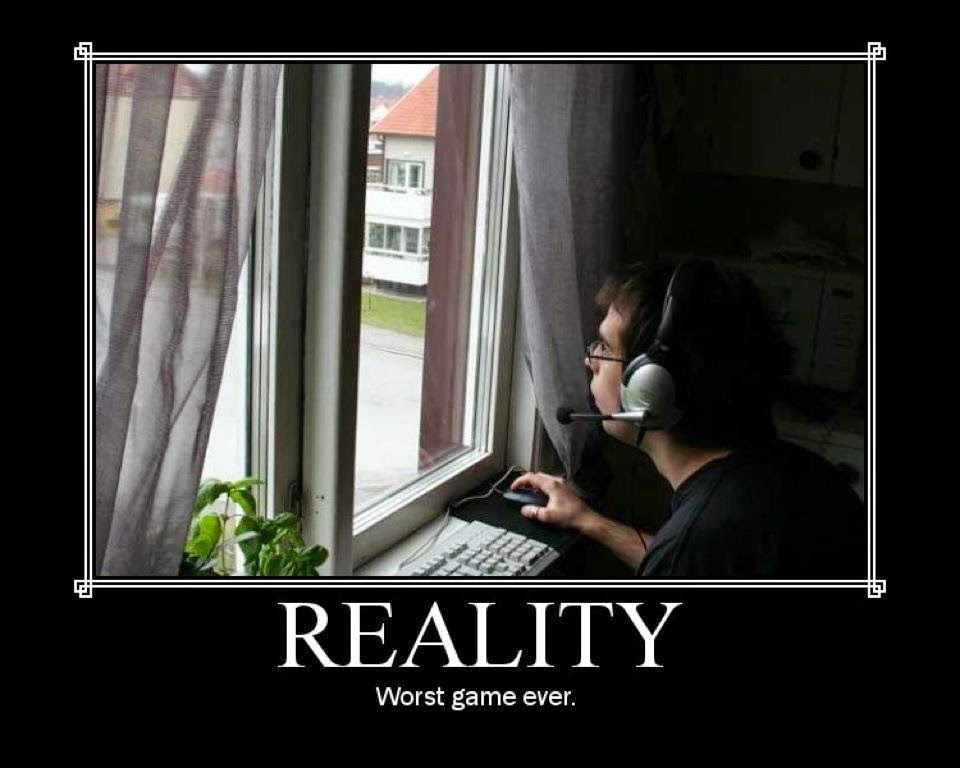 A recent review of the first entry in Fantasy Flight Games’ End of the World roleplaying game line inspired me to think about playing myself in a real-world scenario, even one as fantastic as a Zombie Apocalypse. In examining the issue, I realize two things about myself: I don’t like much dose of real-world in my roleplaying games and I prefer games where the characters have heroic roles to play. The marketing promoting the game line – including future end-of-the-world releases like Wrath of the Gods, Alien Invasion, and Revolt of the Machines – highlights the novelty that players can game as themselves, and, according to the solid review of the first game, offers a group system for determining one’s game stats. (Of course the rules – and the online-only preview features – state you don’t have to create a character based on yourself, but then why promote that as a major selling-point of the game?) I’m going to resist the urge to discuss the apparent excess of offering four, $40 games relying on the survivalist theme, the novelty of playing yourself as a character, and, presumably, including the full, similar game rules in each setting volume. Whatever your flavor of contemporary apocalyptic scenario, playing ones self in gritty real-world settings cuts too close to reality for me, eliminates the heroic nature I enjoy in games, and mixes my fantasy with reality, my free time with real-world anxieties, in a combination that really doesn’t satisfy me.


I’ll also admit I don’t care much for games like Fiasco – despite its innovative, independent game concepts – which dwells on non-heroic characters in miserable situations doing horrid things to each other. (And this is a game I own and have played once, with an experienced player who shepherded the group through the game’s more nuanced elements). I’m not a fan of the gratuitous sadism of fare such as Game of Thrones (the novels or television series) or of the constant hopelessness and loss of The Walking Dead (I don’t care much for zombie or horror genres anyway, though I’ve occasionally used them as a gamemaster and designer). I understand fiction – whether literary or roleplaying – requires conflict to create drama and develop characters; I’m not opposed to that. I expect the characters’ struggle gives the heroes a fighting chance at success (often coming close to failure, which creates the drama); but an overwhelming, constant flood of misery without any success or hope defeats the purpose of immersing myself in fiction or roleplaying for entertainment. I don’t mind gritty realism, but I like that tempered with an optimistic bit of heroic fantasy.


I suppose this feeds into my tendency as a gamemaster to avoid killing off characters too often. I don’t run games where players start with several low-level characters to crank through a meat-grinder scenario; I find more satisfaction – and I like to think my players find more satisfaction – in well-developed characters with more challenges to face than simply slashing their way through countless foes. If players take the time to create interesting characters I’m going to give them a fighting chance to survive and evolve through further adventures. (It’s also an issue of player elimination halfway through the game, an aspect that can sour some on board games with similar mid-game elimination possibility.) Playing oneself in a roleplaying game requires a thoughtful character creation process and raises an uncomfortable issue about character elimination. I’m not even going to mention the blurred lines separating players and their characters made infamous by such fare as the oft-spoofed Jack Chick Dark Dungeons tracts.

I have enjoyed one foray into roleplaying myself, a rare occurrence that successfully merged playing one’s mundane self in heroically fantastic circumstances. Oddly enough it was in a superhero game, a genre which doesn’t usually engage me in games, comics, or films; but the gamemaster’s approach and the successful balance between the real world and super-heroic fantasy worked to create an entertaining game experience. My gamemaster friend devised a unique premise for the starter scenario: the band of friends around the game table each played themselves and, through the course of the adventure developed and learned to manage their nascent superpowers. The gamemaster knew everyone pretty well, and, if I recall, probably did some pre-game chatting to help tease from us clues to help him assign us powers. I don’t remember the game system used – it might have been based on D6 or the gamemaster’s original creation – but it was easy enough for us to stat out our mundane selves and later graft on powers. The game supposed that a dormant guardian computer left behind by a secret organization seeded DNA mutations to awaken extraordinary powers in some people during times of secret world crisis (or something like that...it was a long time ago). As my self-character I developed the ability to project realistic illusions to deceive others; everyone slowly discovered their powers – each well-attuned to their personalities and interests – as we roleplayed a typical night out to the movies where things didn’t quite go right. As we discovered, the secret computer activated our superpowers so we could oppose a trans-dimensional alien invasion focused on our hometown. I imagine the game’s success owed a lot to the gamemaster and the group of friends he brought to the game table. It was only a one-shot, but did a good job of elevating the players beyond themselves into heroes making a difference.

The game succeeded on several levels. Although we were playing our mundane selves, we soon developed super-heroic abilities to influence the story. The familiar setting of our hometown haunts gave us all a level playing field in understanding locations; yet the fantastic element of a trans-dimensional alien invasion in the superhero mold infused it with a fantastic element that distanced the game from gritty reality. Despite occasional failures or seemingly overwhelming opposition, we always felt like superheroes who had a fighting chance of overcoming the enemy.

By no means am I saying this technique of gaming as oneself is bad or should be eliminated from the face of the adventure gaming hobby; it’s just not my style, nor would I guess is it something everyone would enjoy in roleplaying games. It blurs the boundary between fantasy and reality, something not every gamer is willing to try or truly enjoy. It’s interesting a mainstream roleplaying game company’s integrated the “play as yourself” mechanic as a key component of an entire game line. I’m not aware of too many game publishing houses taking this approach; I’m not sure it’s a trend that’s going to catch on much past the novelty of Fantasy Flight’s apocalyptic game line.

Comments....
Want to share your experiences with or opinion of roleplaying yourself? Start a civilized discussion? Share a link to this blog entry on Google+ and tag me (+Peter Schweighofer) to comment.