When we consider the role of a game referee – whether a gamemaster for a roleplaying game, the owner of a board game, or an actual referee in miniature wargames – several key elements emerge as necessary to provide a positive game experience. A referee serves as a host, teacher, and arbiter of game rules; learning the skills required to excel at each of those diverse roles helps make a more satisfying experience for everyone.

I’m reading Jon Peterson’s Playing at the World (yes, I’m still not finished...it’s 700 pages long!) and contemplating my own experiences as a player and gamemaster. I realize the role of a game’s referee – and the degree to which the referee shares involvement with the players interfacing with the game system – has changed across time and different gaming forms. In the earliest days of wargaming the creators of the Kriegsspiele used the concept of a wargame as a training tool for upcoming officers; the referee not only owned the game components, but knew it well enough to run the game for others who did not possess a working knowledge of the game mechanics beyond their role as military decision-makers. Most miniature wargames later followed an iteration of this model: the referee provided the game components and was familiar enough with the rules to both run the game and offer assistance to those who didn’t know them. The earliest roleplaying games focused on the gamemaster, who usually owned a copy of the rules and therefore understood them well enough to not only run games but shepherd new players through the character creation process and in-game mechanics. Board games leveled the playing field in terms of knowledge of the rules (something Avalon Hill began in its two-player board wargames without a referee), though someone still has to own a copy. Throughout this history three roles emerge for the referee, all of which contribute to a game’s overall success:

To some degree the referee plays the role of a host. Many times the referee owns the game components and thus invites players to join. Some roleplaying games (even if only initially) center on that one person who bought into the game line with the core books and invites others to join in exploring the system and setting; later others might buy rules or supplements that interest them, but the referee provides that initial invitation to become involved. Historically this was the case pioneered by early Dungeons & Dragons where the “three little books” were all a gamemaster needed to host a game (along with lots of imagination and preparation); it still holds true to roleplaying games to a great extent today. A wargame referee similarly invests in the main rulebook, a host of miniatures (or ones already acquired and painted), and terrain for the table (also possibly part of an existing stock of terrain). This ownership of the physical components can bestow the greater familiarity with the game (though that’s not always the case), helpful for the referee’s next role below.

Like other hosts, referees also prepare for their guests. This least applies to board game owners, who might review the rules and check the components manifest, perhaps setting up more complicated games beforehand. But those running roleplaying games and wargames have a greater preparation responsibility. Besides making sure they’re familiar with the rules (enough to teach or guide other players...see below), they go to great lengths to prepare games. Gamemasters put a great deal of effort into preparing an adventure, building a world populated with intriguing characters, monsters, treasure, and magical items, and presenting that to players in what many might liken to a performance at the game table. Wargame referees paint armies and craft terrain as well as design an engaging scenario to challenge the players yet keep conditions fair for all sides.

Sometimes the referee literally plays host by arranging for a location where invited players can gather, whether at home on the dining room table, a game store, the local, game-friendly library, or even at a convention event.

Players can also share host responsibilities, offering a meeting place, helping with scenario preparation, and familiarizing themselves with rules for a smoother game event; but usually the referee assumes these duties in the overall interest of enticing gamers to the table and keeping them engaged.

Referees often take on the role of teacher to newcomers, whether a single new player or an entire crowd trying the game. This requires a thorough knowledge of the game they’re running. At the very least they shepherd new players through the game so they can make informed decisions. Sometimes this simply means reminding even experienced players of rules or introducing new mechanics assuming players agree to the addition. Once again board games – which don’t really require a referee – don’t rely on the game’s owner to teach the rules, though this is often the case; usually everyone helps read and interpret the rules, teaching new players along the way. (I’ll say the experience of nobody having played a board game gathering to figure it out remains worthwhile.) Wargame referees with newcomers in their games must relate turn sequence, troop strengths and weaknesses, and game mechanics, a daunting task depending on the complexity of the game. Player handouts, unit stat cards, and other references can help them along with a good dose of in-game assistance from referees and more knowledgeable players. Gamemasters have their hands full teaching roleplaying game newcomers, who often require some time to learn the basic rules and how they apply to character creation (assuming they have at least a basic understanding of how roleplaying games function).

Being a good teacher means remaining open minded and assuming some if not all players are unfamiliar with the rules to varying degrees. A good teacher knows when to accept assistance, so a referee should welcome help from other players who are familiar with the game. In many cases the referee’s judgment for in-game conflicts overrides other players’ rules interpretations. 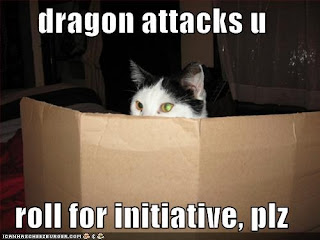 A referee’s primary job still rests on the foundation of adjudicating the game, whether as the person checking the rulebook in a board game, the umpire deciding if units are within line of sight and range in a wargame, or a gamemaster providing situations and reactions for the players’ characters in gaming an engaging story. The referee acts as an intermediary, an interface, so to speak, between the living players and the inanimate instructions in the actual game operation. This often requires such subtle skills as knowing how to move things along when the action slows down, finding ways to engage each player equally, and deciding conflicts within game as a neutral umpire or a more invested participant (like gamematers), at least until someone finds time to more carefully scour the rules for guidance or detailed interpretation.

I don’t have a regular gaming group where I live, though I’ve participated in some online Google+ Hangout games. Much of my gaming these days occurs at conventions, so I’ll offer some examples of my referee roles in that context.

Host: Proposing an event for a con entails lots of work. I arrange to schedule several games through whatever convention interface exists; sometimes through online forms, other times through correspondence with con organizers. Part of this includes writing an appealing event description to tease readers and invite players to the game. Once I know what’s running I prepare for my games. Having done years of conventions, I rely on a solid repertoire of roleplaying game scenarios, each with a printed copy of the adventure text, pre-generated character sheets, and player handouts that include tent cards so I can easily identify which players are running which characters. The few miniature wargames I’ve run also come with reference cards and rules summaries; I also have to collect and pack the various figures and terrain from my basement wargaming area.

Teacher: Many games I run are geared toward newcomers who already have an interest in the genre. For roleplaying games I explain the parts of the pre-generated character sheets to show how characters take actions in the game. Even if I have gamers with experience in the game I’m running I still offer a quick overview of the rules, including any “house rules” clarifications I use. I always invite players to ask specific rules questions as they arise during the game and try answering them as concisely as possible to keep the action moving. Most roleplaying game systems I run remain fairly basic – primarily based on the D6 System – so I’m not only more familiar with them (so I could run them in my sleep) but new players don’t have too much trouble grasping the core concepts.

Referee: I’d like to think I’m a decent referee at the roleplaying or wargaming table. Some of that comes from lots of preparation, but much of it flows at the game table. Thorough knowledge of the rules and scenario helps me focus on how players interact with the game, particularly that they’re engaged and enjoying themselves. For the game table “performance” I need to tap into some inner improvisational energy, something that can run thin at a long convention after multiple game sessions.

While good referee skills come from experience and know-how, host and teacher abilities aren’t always something gamers cultivate. I’m sure some gamemaster advice includes suggestions on improving similar skills; but the three have complimented one another – knowingly or unknowingly – since the dawn of modern gaming.

Comments....
Care to offer your own tips on referees serving as good hosts and teachers? Want to start a civilized discussion? Share a link to this blog entry on Google+ and tag me (+Peter Schweighofer) to comment.