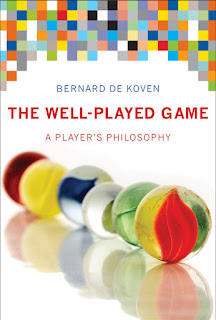 
Since the dawn of the adventure gaming hobby people have felt free to tinker with rules to customize games for their particular group and expand them according to their interests. This in part comes from the culture of “rulings, not rules” that’s become something of a tradition among roleplaying gamers. Early wargamers and roleplaying gamers published their own fanzines, newsletters, and rules supplements, sometimes to the dismay of the original game’s publishers...and in the contemporary culture of the Open Game License (OGL) to the publishers’ benefit from cross-promotion and player involvement. Some of these efforts at customization developed into entirely new games evolving from players adjusting rules, adding new material, and re-interpreting a game’s vision, all to make the games just right for their play community, and incidentally to others. Even professional game designers release errata correcting errors, new rulings on unclear or inefficient rules, expansions modifying those rules, or even new editions of games incorporating past adjustments. Certainly the internet has enabled gamers to move beyond simply writing game material for one’s self and immediate play community, taking that a step further and sharing it with a world-wide audience hoping some readers might find those games – or elements within – suitable to their own play style (an aspect of the Old School Renaissance or OSR movement).

We should remain open to adapting games for our play community...indeed for the different play communities with which we share games. Some of us game at home with family members and close friends; we adjust our games accordingly since we’re more familiar with those participants. But how about the more diverse audience at the Friendly Local Game Store (FLGS), a game or fan convention, or event at the local library, game day, or museum? We should consider – often beforehand, in the planning and development stages – how we might adjust rules for gaming newcomers, children, die-hard experienced gamers, or even elderly participants to make sure games remain accessible and fun for everyone. We must feel free to alter the game to best suit the abilities and engagement of the play community gathering at a particular venue. We should adapt the game to enable them to strive, not to win or lose, but to experience a well-played game together.

I saw this concept aptly demonstrated at a recent wargaming convention where Buck Surdu of the Harford Area Weekly Kreigspielers (HAWKS) ran a pirate ship game for kids. He’d published the Milk and Cookies Naval Rules online earlier, so I’d downloaded and read them beforehand out of my own interest in running games for kids. They looked quite simple but still incorporated many wargaming concepts for this period (range, wind direction, ramming, boarding) at a kid-friendly level. Yet when he ran the game for kids, he didn’t get bogged down detailing the complete rules as written, but shifted focus to those elements that would keep the game moving along and the kids engaged. He began not by explaining rules, but by inviting participants to pick out pre-cut sails printed with basic line art (heraldic figures, tikis, trees, R2-D2...) to better identify their ships, then let them spend a few minutes coloring them before hot-glue-gunning them to the masts. When the game started he didn’t bog down play by explaining rules for wind direction and boarding actions, he dove right in with the fun stuff: moving and shooting. That’s all the kids needed for an exciting game session that kept them focused on maneuvering their ships and blasting their opponents’ vessels out of the water. It was also an experience they could take home, as the ever-generous HAWKS made sure each child went home with a complete set of the game with extra ships, ocean-blue table covering, an island or two, the rules, rulers, and dice.

As a parent I’m often adjusting the rules to accommodate a much younger player. Sometimes we play games that rely on concealed card hands in “open” style so everyone can see what cards other players have and we can help newer players understand how their particular cards work. We streamline the rules to more complex games so the overall experience works better for kids rather than overwhelming them with numerous layers of procedures and strategy. We recently started an irregular Star Wars Roleplaying Game campaign with my son, my wife, and a friend, all of whom have different levels of comprehension of both the setting and roleplaying games. While the D6 version of the game remains the most fan-friendly of the various Star Wars games, I also took the time to make sure each player developed a character they could relate to and understand within the setting...with plenty of opportunities to explore. This might sound like common sense to most gamers, but as we share games with different groups beyond the home gaming table, we might consider what best works based on the venue and participants it might attract.

It doesn’t always work, especially when we find ourselves in a play community that can draw players with very different styles or motives. Adjusting games based on broad assumptions about participants or venues – games for kids or newcomers, events at libraries, game store sessions for more experienced players – seems the easiest, but the more diverse the potential audience, the more challenges we find adapting games on the fly to make single game sessions enjoyable for everyone. Convention games prove the most challenging considering the different backgrounds, abilities, and play styles unfamiliar players bring to the table. These “one-off” games present particular challenges of their own as gamemasters and players work together in a brief span of time with diverse gamer personalities and abilities to engage in a satisfying play experience.

Perhaps adjusting games to our individual play communities is something we do naturally as gamers. At a conscious or subconscious level we try to remain sensitive to the needs of individual players and the entire group in an effort to keep the game engaging and fulfilling for everyone...all with the goal of perpetuating that group, of keeping that satisfying game experience going so we can all continue to enjoy that well-played game.
at 9:51 AM