While discussing James F. Dunnigan’s The Complete Wargames Handbook: How to Play, Design & Find Them recently I called out an interesting quote regarding solitaire play:

Granted, this was published in 1992, hardly the earliest days of wargaming, roleplaying, or the adventure gaming hobby; nonetheless, more than 20 years ago. It’s remarkable that it embraces solo play not only an acceptable means of playing a game meant for more than a solitary player, but in fact the preferred method for an entire sector of the adventure gaming hobby. 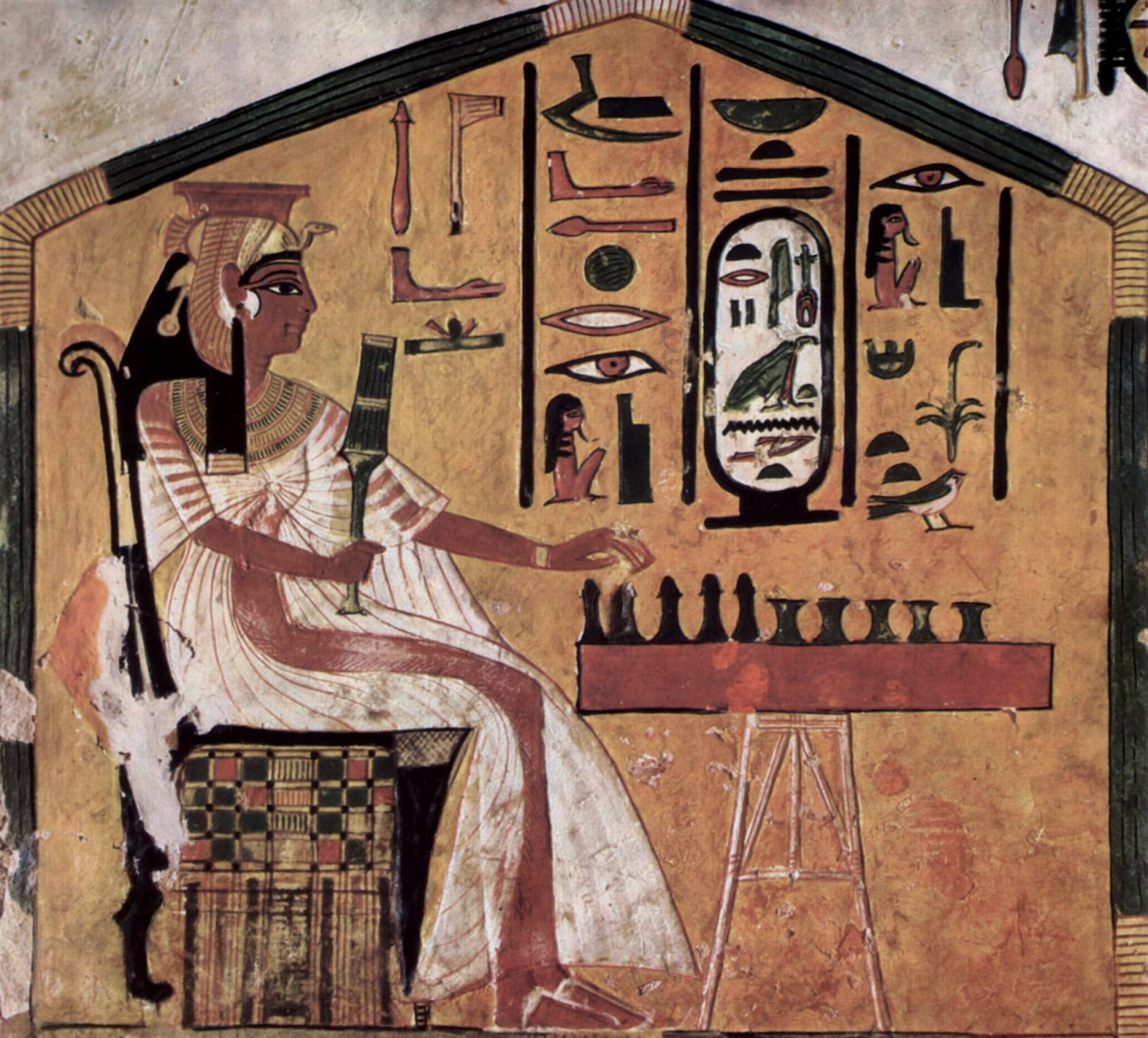 Many feel solitaire gaming comes with a stigma, one perpetuated by a culture that often values social activities above solitaire ones, a society that often looks askance at anyone going off to do their own thing by themselves. Some folks feel ashamed engaging in an activity that by its very nature seems like it should occur among several people and not a lone player. Solitaire play sometimes becomes a guilty pleasure, something to enjoy now and then, but not the primary means by which gamers pursue their hobby.

Yet the adventure gaming hobby has a long and rich history of encouraging solitaire play. Certainly many preparatory activities occur with individual players working on their own – gamemasters creating settings and preparing scenarios, player rolling up and developing characters, miniature gamers painting armies or crafting terrain, board gamers reviewing rules and punching out pieces – but as the quotation above indicates, there’s no shame in playing a game, even one intended for a group, all by oneself.

Aside from the more immediate gratification of trying out the game without waiting to assemble a disparate crowd of friends, solitaire play allows one to explore the rules, strategies, and possibilities a game offers. Some solo activities aim to teach the rules (what I call the “solitaire tutorial” adventures that introduce some roleplaying games), while others exist simply to gratify the urge to explore the game alone.

Some game materials intentionally designed for solitaire play stand out. They range across the history and varieties of the adventure gaming hobby and demonstrate that solitaire game design has been and continues to serve as a valid gaming option. As usual, this by no means constitutes a comprehensive review of all such materials, merely an evocative sampling of games I own, have played, or heard about and admire from afar:

Tunnels & Trolls: One of the earliest fantasy roleplaying games that made its mark on the industry primarily through programmed solitaire adventures, T&T, as it’s known, published a host of solo scenarios and served as one of the earliest models for solitaire gaming materials. I acquired my copy while still in high school and enjoyed many an adventure among my growing library of solo scenarios. My characters didn’t always survive, but they fought their way through quite unpredictable twists and turns of fate.

Steve Jackson’s Sorcery! and the Fighting Fantasy gamebooks: Another high school-era gaming vice, the Sorcery! books and the Fighting Fantasy series advanced the familiar Choose Your Own Adventure concept into the realm of engaging gamebook. I still have rough-drawn maps of the Shamutanti Hills and Khare tucked away in a notebook somewhere, though they did little to help me survive the numerous deadly endings within those books. The rules engine remained simple enough to introduce newcomers to the concept of fighting, casting spells, and taking damage and the content – text as well as artwork – helped readers become immersed in deadly fantasy worlds.


Windhammer Contest: For seven years now the folks at Chronicles of Arborell have hosted a contest for short gamebook fiction similar to that in the Sorcery! and Fighting Fantasy series. I’ll admit I’ve often thought of developing an entry but never had the inspiration or time. One entry receives first prize while notable ones receive merit and commendation awards; all entries find a home in PDF format at the contest website. The 2014 contest is in full swing, with entries due by Sept. 7, 2014; the site lists the comprehensive contest requirements and guidelines as well as prizes and past entries.

B-17 Queen of the Skies: This was the first solitaire wargame I tried based on my early interests in World War II. Although many chit-and-board wargames offered solitaire options (and the alternative to play solo regardless), B-17 was one of the more notable games designed solely for solitaire play. The mission log aspect offered some record of each play session and encouraged campaign play through the historic 20 missions I sat for many hours hunched over the central B-17 diagram, placing enemy fighters along its perimeter and rolling various results on a host of tables. The game and experience inspired my own humble contribution to the solo wargame genre, Operation Drumbeat, which used a similar mission log format and a series of tables for generating patrol encounters and outcomes.

Donald Featherstone’s Solo Wargaming: Among his many books on wargaming the late Donald Featherstone authored one specifically addressing solitaire issues in this hobby, Solo Wargaming (1972, reprinted in 2009). I’ve not yet acquired a copy but consider it an essential volume based on his reputation and prolific contribution to the historical miniature wargaming hobby. The fact that another one of the pillars of the miniature wargaming hobby endorsed and embraced solo play offers great encouragement for others.

BoardGameGeek Solo Contest: For the past four years BoardGameGeek.com has hosted a solitaire print-and-play game design contest. I’ve occasionally tried to look in on entries, development, and final games, but since each year’s contest, entries, work-in-progress reports, and discussion occupies a different, hard-to-find forum topic keeps, it strays off my radar and remains somewhat hidden from the public eye. Certainly a solitaire board game design contest of this magnitude deserves greater visibility.

Ring of Thieves: One of the best and longest stand-alone solitaire adventures, Ring of Thieves incorporates rules for the amazingly intuitive yet versatile Risus: The Anything RPG by S. John Ross. He keeps it available in several format on his Cumberland Games & Diversions free downloads page, though one can also order a bound-and-printed copy from Lulu. This adventure inspired my own humble efforts at a solitaire scenario, Trapped in the Museum, employing, with his kind permission, the Risus rules.

Standalone Solo Scenarios: Several roleplaying games released notable scenarios designed for solo play beyond tutorial adventures covering rules and setting issues in core books. Ghost of Lion Castle and Lathan’s Gold for Basic/Expert Dungeons & Dragons come to mind as well as On Her Majesty’s Secret Service for the James Bond 007 Roleplaying Game. Almost everything published for Tunnels & Trolls falls into this category, though that game line’s prolific contribution to and reliance on solo adventures remains remarkable. (I’m sure I’m missing a slew of classic and well-designed solo roleplaying adventures, but these are the ones I own or have played.)

Making a commitment to engage in solitaire gaming often means more than simply overcoming the stigma that some attach to solo play. Some games by their very nature of pitting one side against another – primarily board and wargames – easily enable a single player to engage in the game while running all the opponents (though some devise elaborate, programmed responses for an opposing player). Solitaire play for roleplaying games remains a challenge beyond using existing programmed adventures. Nothing can really replace a living, breathing, creative gamemaster when interacting with a roleplaying game rules system and setting. Some online groups and bold bloggers have explored various issues in solitaire roleplaying: creating an experience that’s original and satisfying without another person serving as gamemaster; recording game session details in meaningful ways; organizing one’s play space and saving it between sessions.

I’ll admit don’t do as much gaming as I’d like these days due to my busy full-time parenting schedule and household duties. Occasionally I get out to the Friendly Local Game Store (FLGS) for a round of X-wing miniatures or head to a convention with a roster of interesting games to play. Sometimes we invite friends over for some board games (generally a step or two above the dreaded “party” game level), but rarely anything too complex, and certainly not roleplaying games. Solitaire gaming – when I manage to fit it into my schedule – usually consists of trying out recent game purchases or self playtesting materials I’m developing for publication. My brief solo gaming experience with random dungeon generators and subsequent development of my own inspired me in creating Schweig’s Themed Dungeon Generator as a means to provide some programmed yet original roleplaying game scenario material...and I even managed to test it with a game engine in development, with far more satisfying results than other methods. We’ll see where other solitaire gaming efforts lead in the future.

Comments....
Have suggestions for solitaire games or solo gaming techniques? Want to offer feedback? Start a civilized discussion? Share a link to this blog entry on Google+ and tag me (+Peter Schweighofer) to comment.