A Gaming Eulogy for Google Plus 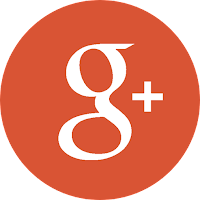 Google Plus is gone. Like a friend who parts ways following a different path of life than our own, it has wandered off into the ephemeral oblivion that consumes much of the content on the ever-changing interwebzes. I feel grateful to have involved myself with it since 2011, when a gaming friend sent me an invitation to the beta version. The experience expanded my horizons on various fronts, mostly game related. Google Plus exposed me to new people, material, and ideas that sometimes challenged my comfort zone but always expanded my experiences as a gamer.

Google Plus broadly extended my “radar” on the interwebzes, funneling to me interesting information about new creators, games, trends, and other aspects of the adventure gaming hobby beyond what I saw in the numerous websites I frequented. Using this passive intelligence gathering I greatly expanded the scope of my gaming experience. I discovered a host of creators making maps, scenarios, fanzines, and games of varying quality, all of which showcased a vast diversity of ideas and styles. I stumbled upon the OSR movement – whatever that means to other people or groups – but to me it meant a new appreciation for and celebration of “old school Dungeons & Dragons” (and for me that primarily focuses on B/X D&D, though much of the OSR can port from one’s favorite class-and-level system to the next). It introduced me to Lulu’s print-on-demand service; with its frequent discount coupons and occasional free shipping I continued to explore OSR products in print (a far more digestible format for me than reading/referencing PDFs on a screen) as well as other gaming publications that piqued my curiosity. I heard about and supported exciting new Kickstarter projects, Patreon pages, and blogs that engaged my various interests. The gamer communities it gathered merged to form a rich slice of those involved in the hobby.

Google Plus wasn’t just another venue for passively gathering information on what was going on in the adventure gaming scene; it offered opportunities for active engagement with the greater gamer community. It served as a platform for comment and discussion about Hobby Games Recce articles I promoted there (now sadly relegated to the blog itself with its much-reduced traffic). I re-connected with old gamer friends and made a few new ones along the way; we shared discussions across numerous subjects, from catching up and my time at West End Games to cooking and game design. I encountered a number of game creators to whom – in their youth years ago – I had sent long rejection letters enumerating aspects of their writing they could improve back in my time as editor of West End Games’ Star Wars Adventure Journal. I discovered gaming on Google Hangouts, running a D6 System Heroes of Rura-Tonga scenario once for an online “virtual” game convention and trying out some FATE gaming. I connected with a crowd of friends and acquaintances who offered support and encouragement, whether through engaging comments, post-sharing to their larger circles, or even just a “+1” for my efforts.

The platform gave me a venue where I felt comfortable sharing interesting tidbits from my life among like-minded friends. Of course I used it to mention conventions I was attending and games I was running, as well as progress on my own projects and publication releases. I managed a few random give-aways of custom dice or printed product. But it also gave me a place to share other aspects of my geeky gamer life: news of my wife’s work with film at the Library of Congress, photos of my son sharing in our geeky pursuits, interesting historical tidbits about the region where I live, news of neat gaming stuff I found, experiences from my time at West End Games, my infamously curmudgeony “Stupid Newspaper Tricks” (such as “Jim Webb declares 2106 presidential bid”), pics of my occasional forays into baking.

Google Plus certainly expanded my horizons in other non-gaming areas, usually from those in my gaming circles. People shared information about things I knew little about or nothing at all, inspiring me to learn a little bit more about things that interested others and might relate to my own experiences. I shared in fellow gamers’ tragedies and triumphs both personal and professional. I offered financial support to help others when they shared such opportunities. Most helped broaden my appreciation for challenges other people face and realize how fortunate I am; that at times we all need a helping hand and must, at other times, step up and offer assistance to those in need.

I’ve watched from the sidelines as various controversies worked themselves out through social media, including Google Plus. I don’t know why I’m surprised when the tone and meaning we read in live face-to-face discussions is lost to the expressionless keyboard strokes of forums, posts, and chats. Bring so many people together in one space and disagreements and misunderstandings are bound to occur...though such flare-ups are fanned by others heaping on their own opinions, ill-informed or otherwise.

I am sad to see Google Plus go and am reluctant to move on. Some folks think mourning the demise of Google Plus is a waste of time, claiming it was a crummy platform run in a slipshod manner by a company that ultimately didn’t care about it. I don’t think that invalidates the positive experiences it offered many people, the chance to expand our social circles and horizons, and the opportunity to learn and grow. We learn by taking the time to reflect back upon our experiences, consider why things worked out as they did, and learn from our triumphs and mistakes. Understanding the past can better inform our future. Though Google Plus has gone our experiences with it shape us going forward. The experiences at Google Plus encourage us to seek out better experiences both though social media and in our unplugged real lives.

I’m discouraged that I won’t find the same variety of exposure to new material, the same engagement with other gamers, and the same fulfillment of being involved – however marginally – in a gaming community online. I’ll admit around the time of Google’s announcement I was decreasing my interaction with social media platforms overall (aside from promoting my publications and convention activities) given a lack of meaningful engagement. At times I need to withdraw into my shell, not necessarily in response to a particular incident (though that happens occasionally) but more often to refocus, reassess my course, and remove me from distractions. Google Plus still served to inform me about new products, ideas, and other inspirations that fuel the adventure gaming hobby. I’m certainly not keen on investing the time and effort to cultivate new sources, contacts, and relationships in another social media platform, especially since those people I enjoyed seeing at Google Plus have also re-evaluated their stance and migrated to different platforms, if at all. But for the time being I’m maintaining a presence – however passive or limited – on MeWe and Facebook. I’ll still occasionally blog here at Hobby Games Recce as the muse strikes me. And I’ll continue to promote my game-publishing activities at the Griffon Publishing Studio website and other social media platforms. I am always open to positive engagement with gamers and fans; drop me a line by e-mail and strike up a conversation.