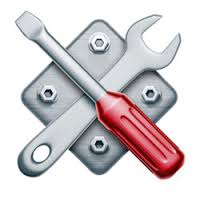 In our earliest explorations of games – whether roleplaying, wargames, or board games – we often feel obliged to follow the rules explicitly. (Unfortunately many card and some miniatures games do not allow for much flexibility, particularly those driven by tournament play.) We immerse ourselves in the rules and play them as written, sometimes taking pleasure in the bureaucratic procedures the rules require. I wonder if society hardwires us to instinctively obey rules; in everyday life rules govern our interactions, so when we break them they have repercussions from simply annoying our fellow humans to causing serious harm. Still, newcomers to gaming sometimes slavishly adhere to rules. Some non-gamers I’ve tried to introduce to gaming look at rules as scripture everyone must follow to the letter. Those who come to my mind are mere dabblers in board games who grab the rules, read them cover-to-cover, and clutch them for immediate reference should anyone – in their estimation – seem to even-so-slightly bend them, even in cases where players are learning the game, forget the more intricate bits of rules, or innocently misinterpret rules. Such folks can see rules as means to identify and call out “cheating” behaviors; I endure these folks only once at the game table, then avoid further invitations. When learning a new game we often trust one person to read and interpret the rules, keeping them within reach so everyone can reference them during play, not to punish transgressors but to ensure all players understand the rules and enjoy the game.

Games often invite playful tinkering in the interest of everyone’s enjoyment. Try as they might, enthusiasts don’t adhere to the letter of the rules for long. We soon find room for improvement or expansion. Some wargames could use streamlining, more elegant rules interpretation, or basic overhauls of mechanics we simply don’t like. Bob Cordery’s Portable Wargame series of rules invites this kind of experimentation to expand the ruleset’s framwork, as evidenced by my own recent explorations documented at “Tinkering with Gridded Naval Wargames.” Roleplaying games certainly benefit from such rules modifications but also thrive on expansion: new character classes, gear, and other enhancements (and I’m not even mentioning further development of the game setting). I need only to point to the seemingly innumerable Old School Renaissance games (OSR) not simply emulating the classic roleplaying games of yore but putting each designer’s particular spin on what satisfies their gaming style. How many gamers house-ruled their favorite roleplaying system, fine-tuning it to the kind of game they like to play? Tinkering is a form of play, a sometimes pointless yet fun activity; and when we tinker with games, we’re playing with our play to make it more enjoyable. It’s all part of the playful process. Sure, some of us might take it more seriously than others, but it’s all in the pursuit of fun.

Game rules, of course, provide a baseline for play, a commonly understood language so we can move from one game group to another with a shared understanding of how a game works. House rules adjust those baselines, much like a regional dialect bends the language; because they affect play they’re outlined and explained before the game starts so everyone’s on the same page. Rules changes affect everyone and hence belong in the realm of the “social contract” gamers agree upon when we gather around the table for a common gameplay goal. They should affect everyone equally to assure fair play. It’s part of the group activity we engage in when we gather around the table for a game.

“Rules are not necessarily sacred, principles are.”