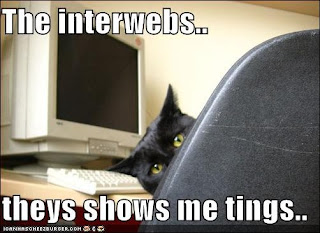 In an earlier post I noted my inability/unwillingness to migrate my gaming from the in-person tabletop to the electronic platforms the internet offers during the covid-19 pandemic. Yet the internet has made surviving the pandemic possible...and even bearable. My wife could work from home. My son could attend “virtual learning” at school remotely for a year. And I could continue indulging in game purchases when it didn’t feel safe to make my occasional pilgrimages to area game stores and conventions. Though my gaming didn’t leave the house (with a few exceptions at the local history museum), purchases kept me engaged with reading and learning rules, crafting miniatures and terrain, and playing games solitaire and with family members. Despite a seemingly impersonal online shopping experience (compared to in-person shopping), I discovered some excellent online retailers who brought game-related diversions right to my doorstep.

Most orders fed my interest in wargames, both board wargames and those using miniatures. Some, though, were straight board games, and a rare few were for roleplaying games. In many cases I took advantage of sales or deals, something hardwired into my brain in my youth. Here are some of the companies from which I ordered games that sustained me through the pandemic:

Armies in Plastic: I’ve long admired the company’s range of big 54mm toy soldiers from historical periods ranging from the 18th to the early 20th centuries. I took advantage of several sales throughout the years to enlarge my collection and expand to a few periods in which I’d not yet dabbled. When available the bulk deal on 100 random figures provided excellent birthday and Christmas gifts for my son. I’ve tried painting some figures, others had their mettle tested on the game table with various rules. They’re great for experienced gamers and kids.

Peter’s Paperboys: I ordered Peter Dennis’s paper soldier books from Amazon before, but his Peter’s Paperboys website continues to offer new soldiers for numerous historical periods. It enabled me to explore wargaming ancient Rome’s incursions into Germania using Bob Cordery’s Portable Wargame rules. I now have a varied library of paper figures to keep me busy crafting and playing across different periods in history.

The Phalanx Consortium: A vendor at a regional wargaming convention I’d attended in the “Before Times,” this company provided me with some interesting wargaming terrain (both sci-fi and wooden shipping crates) and MDF bases in a wide range of sizes and shapes. The 15x25mm bases in particular proved just the right size for stabilizing Armies in Plastic figures.

Columbia Games: Makers of block wargames (a subset of chit-and-board wargames) who offered a bundle deal on several games I’d long wanted. My purchases fulfilled my interest in several historical periods. They also sell packets of colored blocks for those wishing to replace missing pieces or create their own block games. I also ordered a few sets of blue-and-grey “Dixie” dice appropriate for American Civil War gaming. 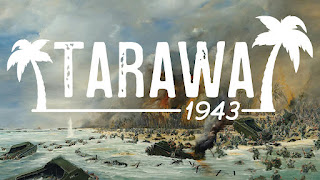 Worthington: I’d previously played Hold the Line: The American Revolution and Wilderness Empires, both of which I thoroughly enjoyed. During the pandemic I indulged and bought several titles, many on sale, some through Kickstarter. Most use wooden blocks with stickers (much like Columbia Games products), though some use large chits with the boards. All components – cards, dice, boards, pieces – have high production values. Most games also include handy component/counter trays. Napoleon Returns 1815 proved a great vehicle to engage my son’s brief interest in Waterloo. I particularly like their solitaire games, or those with solitaire options, especially Tarawa 1943, Crusader Kingdoms, and the Waterloo Solitaire bookgame.

Osprey Publishing: I love Osprey military history books as references and inspiration to better inform my gaming and my overall interest in history. Since I wasn’t frequenting my regional used bookstore (which sells them in various states at premium used prices), I ordered a few, usually during sales, to fuel my wargaming endeavors, particularly American Civil War ironclad warfare. The company has several sales each year, so I managed to get some reference books for myself and a few games (most gifts for my wife) at very good discounts.

Thoroughbred Figures: I ordered a selection of 1:1200 miniatures to run an American Civil War ironclads game. My son and I fought several battles, including the famous confrontation in Hampton Roads. These vessels also formed the core for fleets in a game I ran at the local history museum supplemented by other purchases (see below).

The Viking Forge: Shortly after the pandemic began I was looking for some 1:2400 scale Japanese warships to compliment some Russian ships I found at one of the last conventions I attended before covid shut things down. Viking Forge had a good selection and supplied a small fleet so my son and I could explore this conflict.

GHQ: Offering the largest selection and perhaps the most-detailed models, GHQ sold me a pack of Japanese destroyers, some freighters and a tanker, and a slew of teeny tiny PT boats so we could play some World War II navalactions in the south Pacific.

Litko: With all this naval wargaming I needed some markers to denote ships firing and hits scored. Litko offers a staggering selection of markers for all kinds of games. Although my old, fat fingers have trouble with some of the tinier markers, they look good on the game table and help sort out hits, especially in engagements involving numerous vessels.

I didn’t leave brick-and-mortar game stores out of the loop. Several provided excellent customer service through their websites. A friend from the regional wargaming convention I attended in the “Before Times” opened a game store in Richmond, VA, just as the pandemic was starting...and made Waterloo Games work so well he moved to a larger space! He also offered online ordering. When I needed more American Civil War ironclads, I ordered them from his stash of Langton Miniatures. Combined with those from Thoroughbred Figures I had two solid fleets to use during a summertime game event at the local history museum (in that time in 2021 before the delta and omicron variants derailed our long hoped for covid recovery).

My longtime friend Wayne Humfleet helped me discover Noble Knight Games (NKG) in Madison, WI (very close to where Wayne lives...lucky guy). NKG offers both new and used games across the vast scope of the adventure gaming hobby; so it was only natural that I made several orders there to reinvigorate my gaming activities. Some things I bought new, others used (and in various but serviceable conditions). Most all of them came with good prices, especially on some out-of-print titles.

Not all my game-buying activity was from game manufacturers or game stores. I backed a few Kickstarter games – and had backed some before the pandemic began – and those that arrived I enjoyed, but crowdfunding’s a long-term investment with rewards often coming long after the “purchase” in a campaign is made. Kickstarter’s decision to dabble in NFTs has dampened my enthusiasm for backing projects on that platform, though I'd already started cutting back during the pandemic. I’ve since seen one or two projects that piqued my interest, but both curbing my Kickstarter habit and my aversion to supporting the NFT grift made me think twice and pass on them. I admit I turned to Amazon for some game materials, primarily those unavailable from manufacturers, ones with better pricing, and general hobby materials. Overall it satisfied my needs, but perhaps had the most impersonal service.

I didn’t indulge in too much roleplaying game purchases. I bought the fifth edition Dungeons & Dragons Essentials Kit to see if the latest iteration of the D&D game would click with me (alas, it did not, though the components were cool). I bought James Maliszewski’s Thousand Suns game to feed my Traveller habit and ordered an issue or two of his fantastic Tékumel fanzine, The Excellent Travelling Volume (along with an issue of Imperio for Thousand Suns). I also donated to a charity cause and received some Southeast Asian-inspired setting fanzines I’d been hoping to acquire for a while, A Thousand Thousand Islands (more on that in an upcoming Hobby Games Recce post.)

All these internet venues for purchasing games would mean nothing without the delivery infrastructure to get merchandise from warehouses to my doorstep: UPS, FedEx, USPS, and yes, even Amazon drivers. While doctors, nurses, and medical professionals worked diligently on the front lines to treat those infected with covid-19, delivery personnel helped everyone cope with two years of pandemic precautions by bringing much-needed goods – from groceries to games – directly to people’s homes. Aside from our momentary thanks to anyone who’s made our lives better during covid, I’d hope we’d remember to treat them well in the future as a persistent demonstration of our gratitude. And because we're decent members of humanity.

I wouldn’t blame people for judging my game purchases over the past two years as excessive and selfishly indulgent. Thankfully our family has enjoyed financial stability during the pandemic. In avoiding some of our usual activities to relax – going to movies in theaters, taking occasional day trips and vacations, getting out on shopping expeditions, even making the obligatory pilgrimage to visit family – we had funds available for other, safer pursuits. In the “Before Times” I’d make a few used bookstore and regional game store purchases throughout the year. When a large wargaming convention was in the region I’d save up and spend a good deal of cash with dealers; even for the smaller local convention I’d spend generously to support vendors. Not going out and spending money in person means we’ve had more to spend elsewhere; we’re grateful for our financial stability, happy to share some of that with internet game vendors, and mindful that not everyone has been so fortunate. 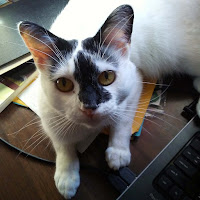 During the pandemic we’ve been more generous than usual in our charitable giving, especially with local organizations that help our community neighbors: the Culpeper Food Closet, the Museum of Culpeper History, the Brandy Station Foundation, and our favorite cat rescue society RappCats(from which we adopted our “pandemic kitty,” Natasha). I became more generous giving to those seeking financial assistance through GoFundMe, often their only recourse in a brutally capitalist society with fewer concerns for social safety net. I donated to a few charity game bundles on itch.io, including one for storm relief in Malaysia and the Philippines which included the aforementioned A Thousand Thousand Islands fanzines.

Everyone has dealt with the pandemic in their own ways. My immersion in the adventure gaming hobby has helped me cope, along with spending time with my immediate family (often over common geeky pursuits). Going forward I hope to share my enjoyment of gaming with others, just as I hope to share what resources I can to help those in need. Someday, when it’s safe for people to gather again without the threat of virulent disease, I hope we can all make more memories, more friends, more happiness in the world by sharing what we love.